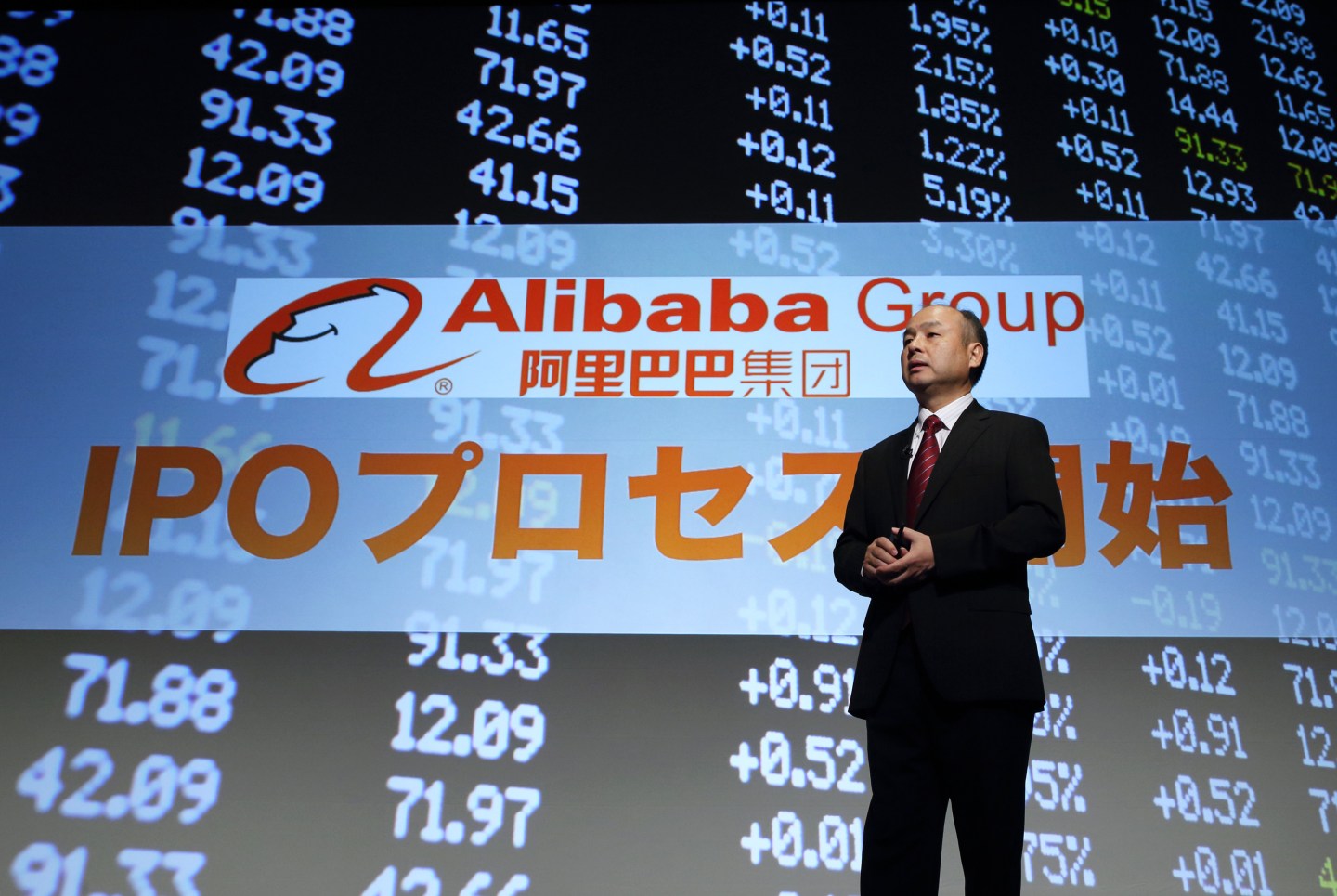 Billionaire Masayoshi Son, chairman and chief executive officer of SoftBank Corp., speaks in front of a screen displaying the logo of Alibaba Group Holding Ltd. during a news conference in Tokyo, Japan, on Wednesday, May 7, 2014. SoftBank forecast annual earnings that trailed analyst estimates amid tougher competition in Japan and losses at Sprint Corp. in the U.S. Photographer: Tomohiro Ohsumi/Bloomberg via Getty Images
Photograph by Tomohiro Ohsumi — Bloomberg via Getty Images

Masayoshi Son is now the richest man in Japan, thanks to Alibaba’s rocketing initial public offering.

Son’s net worth jumped to $16.6 billion after Softbank’s shares gained 16% since the beginning of last week, according to Bloomberg data.

Softbank, which was founded by Son, holds about 34% of Alibaba Group and has benefited from the e-retailer’s potentially record-breaking IPO. Alibaba plans to raise as much as $21.8 billion after raising the share price of its offering.

Son and Yanai are part of a growing number of Asian billionaires, which have created wealth at a much higher rate than any other area of the world over the past year. Of the 12% growth in billionaire wealth, a third is attributed to Asia’s wealthiest, reported the Financial Times.

In the Asia Pacific region, Son moved up to become the ninth wealthiest billionaire. Alibaba CEO Jack Ma holds the No. 4 spot in the region with a $21.9 billion fortune, though that could grow after the company goes public on Friday.

Global billionaire wealth is now worth more than the combined market value of all companies within the Dow Jones Industrial Average. Billionaires hold about 4% of global wealth, according to a survey by Wealth-X.

While New York has the most billionaires (103), Hong Kong (82) and Beijing (37) follow in the third and fifth spots, respectively. Tokyo didn’t even crack the top ten.