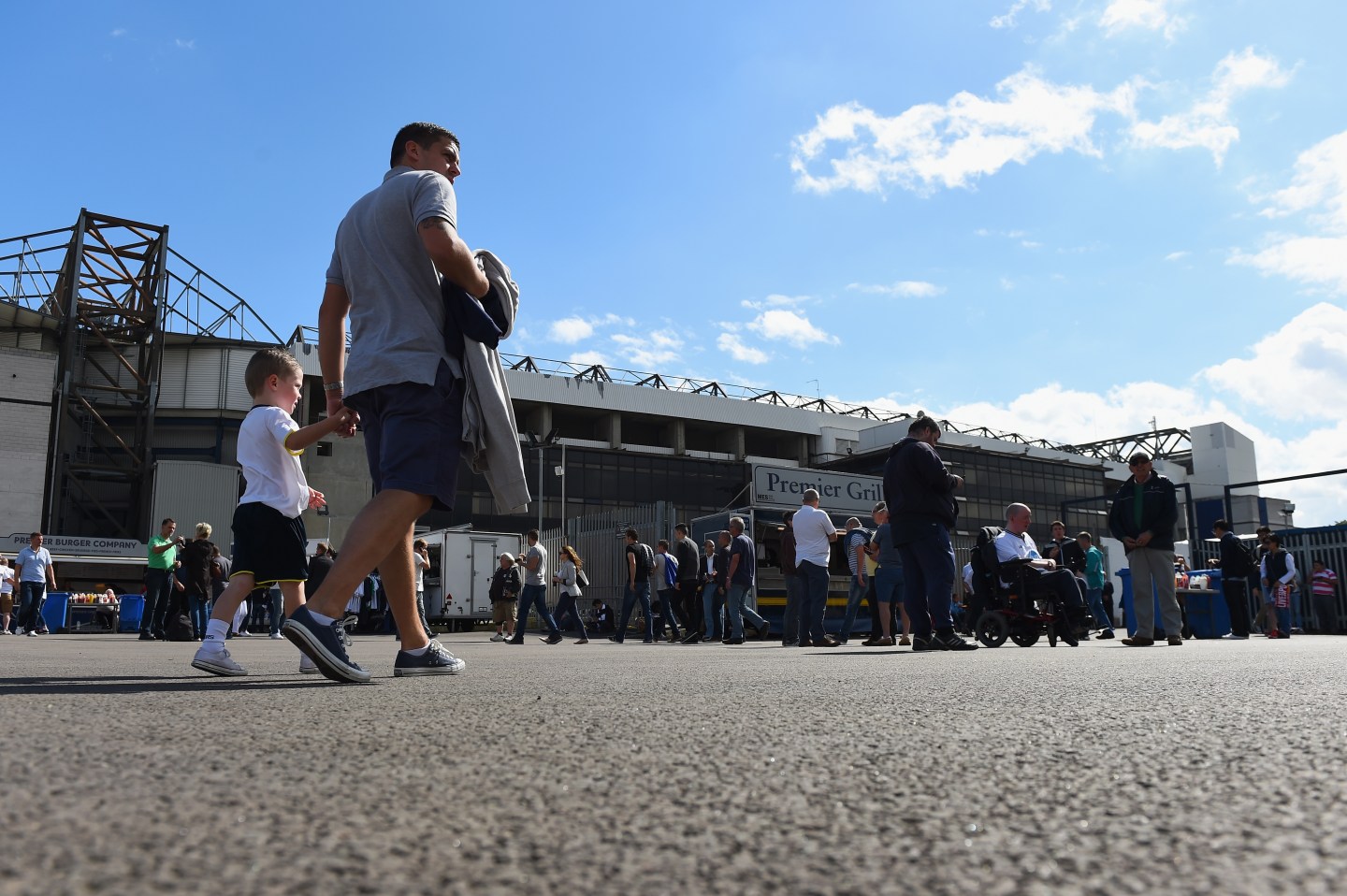 Can a man who turned round Avis and Ramada Hotels restore the fortunes of the Premiership’s perennial underachievers?

Or is he looking at a London real-estate trade with a soccer club attached?

Cain Hoy, a private company led by 74-year-old private equity veteran Harry R. Silverman, said Friday it’s “at the preliminary stages of assessing a cash offer for Tottenham Hotspur,” although it said there’s “no certainty that any offer will ultimately be made,”

The Daily Telegraph, whose initial story on the bid had been denied by the club, estimated Tottenham could be had for just under 1 billion pounds. (That’s $1.6 billion at today’s rates, but they might get it for less if Scotland votes for independence – capital fled the U.K. at its fastest rate since 2008 in August on worries about the U.K. breaking up.)

As so often in recent years, the main story revolves around plans for the club to move out of its cramped old stadium and build a newer, bigger one which will a) be a more pleasant experience for its fans and b) generate more revenue from ticket sales.

This being London, that calls for an eye-wateringly big amount of money (over $600 million), even when you’ve factored in what you can earn from redeveloping the old stadium. And this being England, there is no chance of doing that without legal challenges from all the people whose apartments, shops and even factories you’ll have to buy to clear the new site.

Earlier this week, the club had to admit that it would have to push back its plans to start the 2017/2018 season at the new stadium, after the last private hold-out, Archway Sheet Metal Works, appealed to the High Court against a compulsory purchase order served on it by the government. Local authorities are keen to use the relocation to bolster a multi-million pound regeneration of one of London’s most deprived areas, which in 2011 witnessed the worst rioting in England in years.

In his career with Guggenheim Partners and Apollo Capital, Silverman has run everything from Ramada Hotels to car rental firm Avis and 21st Century Real Estate. He’ll be backed up by Jonathan Goldstein a 48 year-old Londoner also formerly of Guggenheim, according to the Telegraph.

Silverman will be looking to replicate the success of the Glazer family (owners of the NFL’s Tampa Bay Buccaneers), who have made Manchester United into a money-machine, although they’ll be anxious not to repeat last season’s hiccup.

But for every Glazer in the world of running English soccer, there’s a Randy Lerner. The former owner of the Cleveland Browns has now put Birmingham-based Aston Villa up for sale after pouring nearly $500 million into it over the last eight years for absolutely no reward whatsoever. And even the number-crunching wizards around Boston Red Sox owner John W. Henry lost over $75 million last season at Liverpool, although they played some exciting stuff on the way.

Like Villa, Tottenham has been hoping for years that a bit of magic would push them from being richer-than-average also-rans into genuine contenders for titles. Not for nothing did Colin Farrell, in the movie In Bruges, compare watching Tottenham to being in Purgatory–the place for those who “weren’t sh*te, but weren’t great either.”

Can Silverman provide that magic? Maybe.

But not before they’ve got the metal-bashing shed off the field.