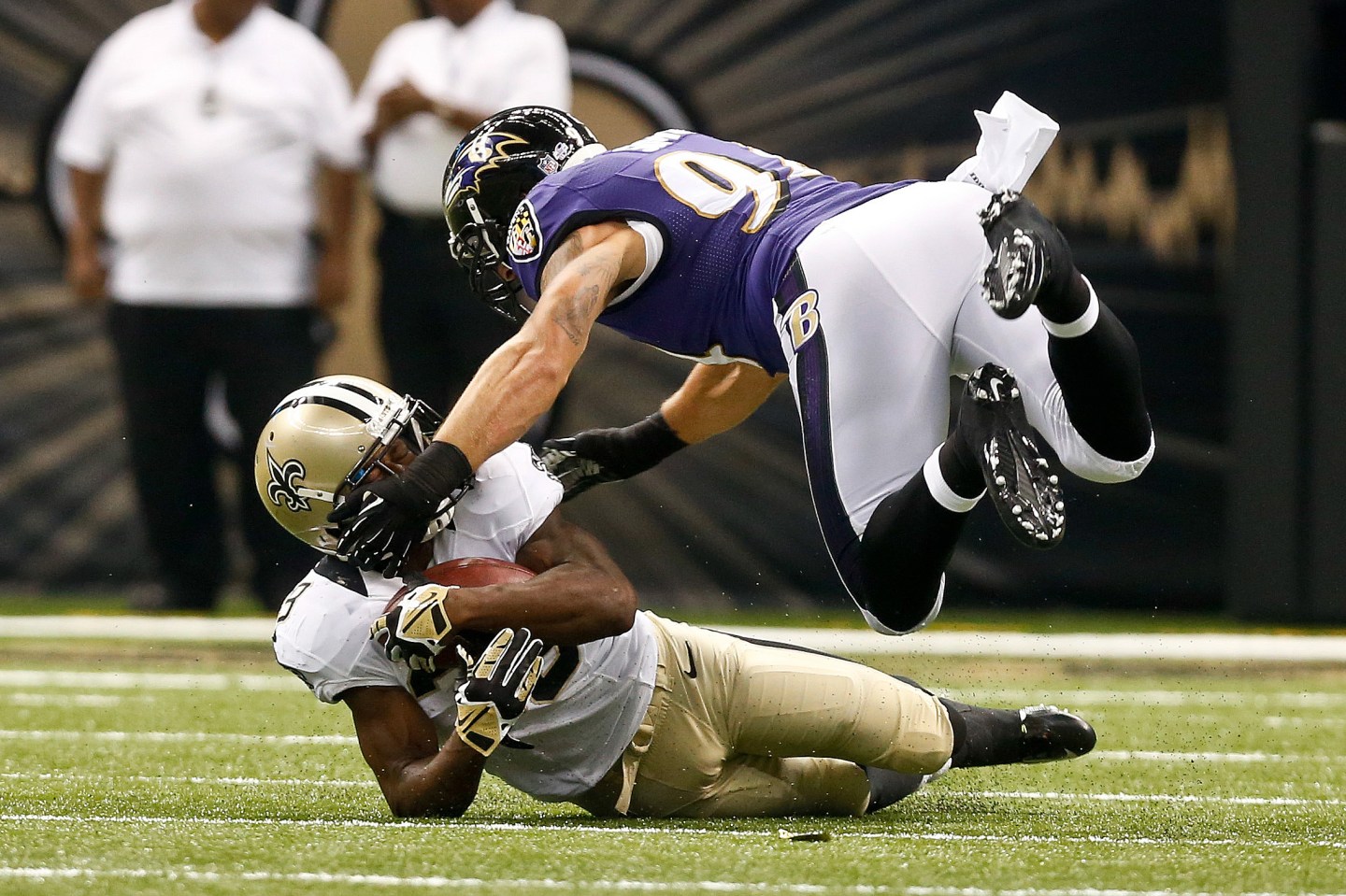 The Baltimore Ravens football team will play its season opener Thursday night at a tumultuous time after a video leaked earlier this week showing its former quarterback, Ray Rice, knocking out his now-wife in an elevator.

Although it cost Rice his NFL gig and raised pressure on league commissioner Roger Goodell to resign, it may actually lift the television ratings for the game. In fact, sports business analysts say it could be one of the most-watched Thursday games for broadcaster CBS.

“It’ll be probably the highest Thursday night football rating ever,”said Bob Dorfman, a sports marketing expert at San Francisco’s Baker Street Advertising. “Now it’s unfortunate for the NFL that it turns out to be a Ravens game. On the other hand, it’s fortunate for CBS.”

He said that the news surrounding Rice will cause people to tune in to hear the announcers discuss the beating and its aftermath. Although he didn’t mention it, they’ll no doubt watch to see how the team deals with the attention and how the home crowd reacts.

“The issue is going to have to be broached and covered because it’s such a hot topic,” Dorfman said. To a certain extent, he said the beating “has become bigger than the game.”

Neal Pilson, who served as the president of CBS Sports for two terms during the 80s to mid-90s, had a more cautious opinion. “I think the rating is going to be very good,” he said, although not necessarily the highest ever. “Because of all the publicity that the NFL has been getting the last few weeks, there are a lot of people talking about the NFL. It’s a ratings game.”

He continued that “there will be a significant number of casual fans who might not otherwise watch to see how CBS discusses the current Ray Rice issues.” But don’t expect any news to break during the programming, he said.

In 2011, the NFL extended its deals slated to end in 2013 for through the 2022 season with CBS, Fox and NBC. The new deals are worth about $1 billion each per year, according to The Washington Post at the time.

A spokesman for CBS said that the company does not predict ratings for its games. The NFL did not immediately respond to a request for comment.