Defending scarce leg space in flight: A right or grounds to sue? 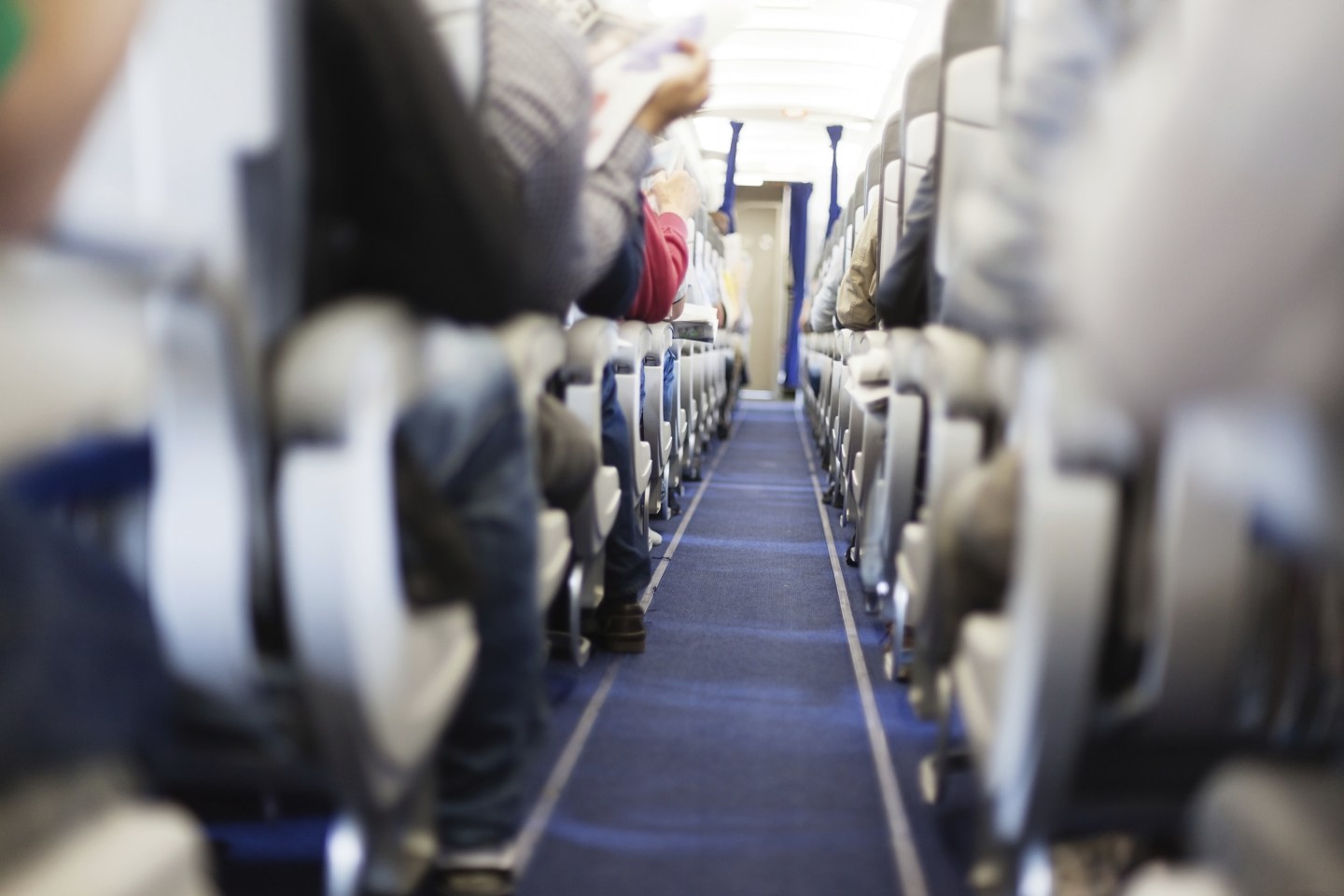 Passengers on board an airplane
Photo by MivPiv—Getty Images

Bringing something onto a plane that blocks others from reclining their seats is legal. But should it be?

The “Knee Defender,” a $21.95 product designed to guard your leg room, has been around for a decade. But it is back in the news after an ugly incident last month that forced a United Airlines flight to make an unscheduled stop in Chicago.

James Beach, who used Knee Defender on that Newark-to-Colorado flight to prevent a woman sitting in front of him from reclining, became a momentary media obsession after the fiasco. He later said on the “Today Show” that he regretted his behavior, but would use the device again. “Is that my four inches, or is that her four inches?” he asked.

The reasonable answer is that no one owns the space behind a seat, but that passengers should be able to use their seats in whatever way they were designed. Ira Goldman, Knee Defender’s inventor and a lawyer by trade, says that the issue his product addresses is one the airlines created: “They sell a person a seat, and they’ve sold him 100% of that space… But then they also sell 50% of that space to the person sitting in front of him to put his seat back. So they’ve sold 150% of the space to two people.”

The Knee Defender is a pair of plastic brackets that slip over airplane tray table arms to block the seat in front from reclining. It is one of two products (the other is a scanner-friendly travel bag) sold by Goldman’s company, Right Brain Ltd. To pair with the Knee Defender, the web site offers a “courtesy card” that you can print out and hand to the person in front of you. But it’s hard to imagine that interaction going very well.

“I am using Knee Defender… a small plastic device that helps me protect myself by limiting how much the seat in front of me can recline,” it reads, in part. “If you would like to recline your seat at some point during the flight, please let me know and I will adjust myself.”

Anyone who receives such a note is put into an uncomfortable spot. If they recline, they look like a jerk—even though they’re simply using the seat the way it was designed.

The device is, in a way, genius—small, simple, elegant—but that doesn’t make it right, or kind. In a way, it’s no better than any other mischief-causing items of aggravation like the TV-B-Gone, a universal remote that got a Gizmodo reporter banned from CES in 2008.

So let’s say someone uses the Knee Defender on you. Short of throwing a tantrum and causing an aviation emergency, what legal action could you take? The short answer is: not much.

The Federal Aviation Administration (FAA) has not banned the Knee Defender. “I think that’s very notable because the FAA is normally very aggressive in regulating safety on planes,” says Roger Ford, an assistant law professor at the University of New Hampshire. “So if they thought these were unsafe at all, they would ban them.”

Safety would only become an issue if, say, someone forcefully reclined a seat and the device popped off, and hit someone else in the eye—or some similar scenario. As of yet, the device hasn’t been a safety concern.

One litigation route that comes to mind is some sort of privacy violation, but there’s no great case there. Privacy law in the U.S. is very location-specific, and there isn’t any airplane-focused law against a behavior like this one. Ford says the best argument for a lawsuit, “would be something akin to harassment.” There is also a relevant tort (a civil wrong causing harm) called intrusion upon seclusion, but, Ford says, “it is typically used for things that go way beyond this. The legal standards for that are so strong that it would be very hard to make a claim here.”

John Goldberg, Harvard Law School professor and an expert on torts, says that someone prevented from reclining might be able to make the unlikely argument that they were held against their will. “The cute way to do it would be to argue this is almost false imprisonment,” Goldberg says. Granted, it would be a stretch, since you can still get up and go to the bathroom and walk around.

Someone using Knee Defender might even have a better chance of winning in court than the recliner does. Goldberg says, “If the person could actually show—and it’s a big if—that the reclining passenger acted carelessly with respect to their physical well-being, then they’d have a case. But it’s a tough showing.”

In other words, Knee Defender victims don’t have a strong case. But they could try. Whom, then to blame?

The debate over seat-reclining is an issue airlines have created, and now must acknowledge. The crowded conditions on planes make it nearly impossible to get any work done on a tray-table in economy class. In the interest of making more money, these companies have crammed seats too close. For now, some have stepped up and banned Knee Defender—including United, Air Canada, Qantas, and Virgin—but many others have remained silent. (In fact, no airline executives had made a peep until yesterday, when Southwest Airlines CEO Gary Kelly told CBS 11 in Dallas, “I’ll just admit to you I haven’t given it a lot of thought.”) As a remedy to their silence, the FAA should step in and prohibit the device on all flights.

In a piece last week, my colleague Laura Lorenzetti suggested that airlines should solve the problem by installing seats that can’t recline. (Spirit has done this, for example.) I respectfully disagree: most seats on most airplanes do recline, and it is too late to put the toothpaste back in the tube. Instead, airlines could reduce prices on seats with extra legroom to make them more accessible to those who need the space. Or they could experiment with small non-reclining sections. And, of course, they could ban devices like the Knee Defender.

An airline ticket is a contract, albeit a very limited one: the airline has only promised to fly you to your destination. Ticket holders are legally entitled to very little else. For example, you aren’t contractually guaranteed a seat that reclines. But if the seat you get does recline, it seems unfair for another customer to interfere. Of course, as Ford cautions, “the FAA is not concerned with what’s fair.”

Think of this issue in the context of a movie theater. You can legally bring in, say, an extra cushion for your seat even if using it would block the view of the person behind you. But the theater can ask you not to do so, just as a flight attendant can tell you not to use your Knee Defender. But many movie theaters have already avoided the occasional height problem by building stadium-style seats. Airlines can make similar changes —and they need to make them as soon as possible.