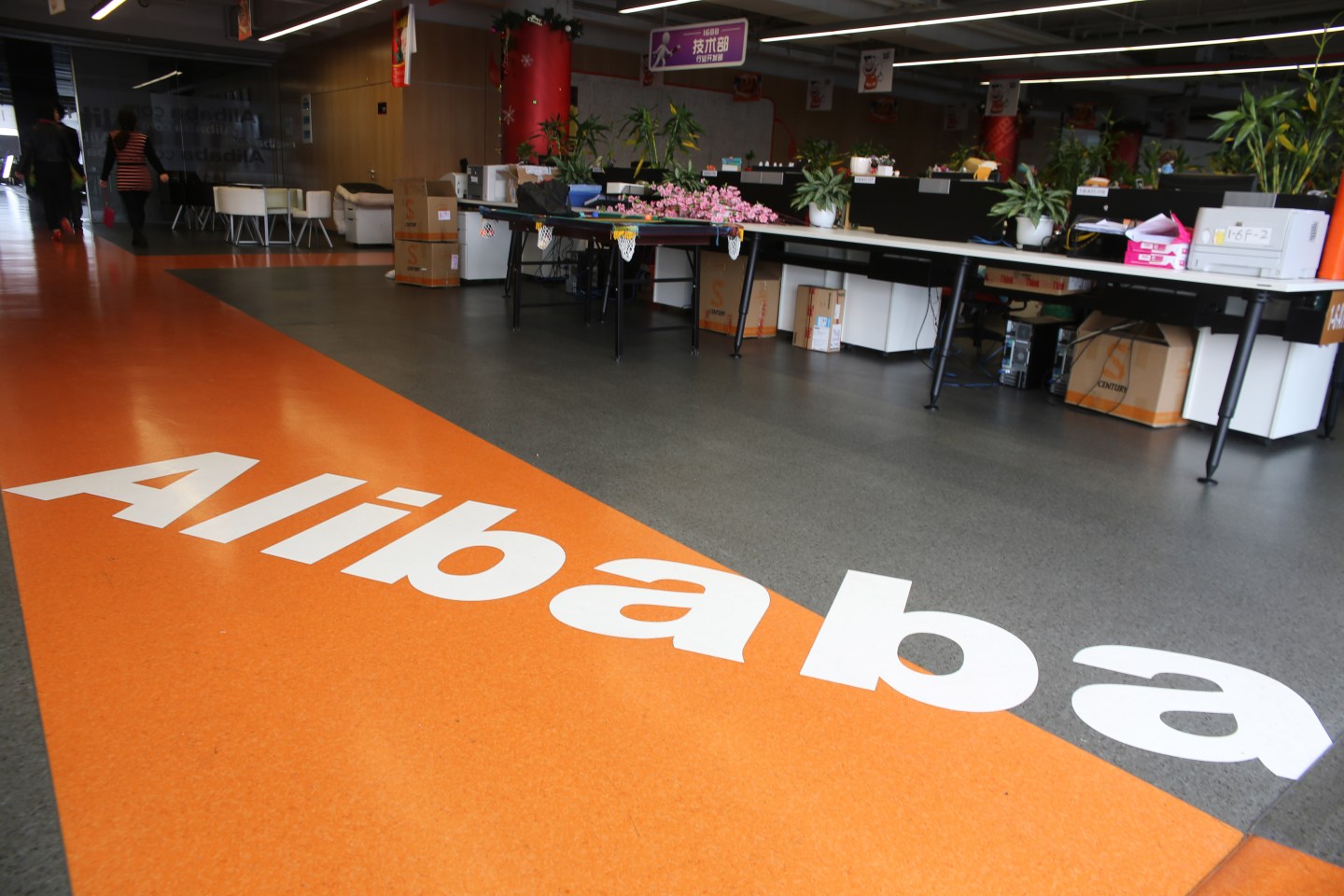 Investors are already throwing cold water on the biggest IPO in history.

On Friday, Alibaba Group Holding unveiled plans to sell shares in its upcoming U.S. initial public offering at a range of $60 to $66. The Wall Street Journal said that looks like a good deal. Rival Tencent Holdings (TCEHY) trades at 47 times trailing earnings. Shares of Amazon (AMZN) go for 867 times trailing earnings. At the mid-point of the IPO price range, the Chinese Internet retailer’s stock would only trade for 32 times earnings over the past 12 months.

The U.S. web portal has long held an investment in Alibaba. Yahoo owns nearly 524 million shares of the Chinese Internet company. And it has gotten a boost from that investment in the past. Two years ago, Yahoo unloaded 523 million shares of Alibaba, cutting its stake in half, for just over $7 billion. Analysts have long presumed that Yahoo’s remaining stake in Alibaba is baked into Yahoo’s total market cap.

Yet, on Monday, the first day of trading after Alibaba announced a mid-range $63 dollar IPO share price, shares of Yahoo rose by slightly less than $2, or roughly 5%, to $41.50. That means Alibaba’s potential market cap of $160 billion is about $1.7 billion more than Yahoo investors had predicted Alibaba would be worth. Factor that in, and before the news of the offering, Yahoo’s investors were guessing that Alibaba shares would sell for $60 in its IPO, or at the very low end of Alibaba’s IPO range.

And that might be generous. At $60 a share, Yahoo’s more than 22% stake of Alibaba would be worth $31.4 billion. Yahoo also owns 35% of Yahoo Japan, its Japanese joint venture with Softbank, which is worth another $8 billion. On top of that, the company would have about $1.4 billion in cash after paying off all of its long-term debt. All told, that’s nearly $41 billion. Yet Yahoo’s shares have a current market cap of $41.5 billion. That means, based on Alibaba’s proposed share price, the market thinks Yahoo is worth just $500 million, or just 3% of Alibaba.

Yahoo earned $1.4 billion last year. Value the company at 10 times those earnings—a third of Alibaba’s price to earnings ratio—and Yahoo should be worth at least $14 billion. Slice that off the value of Yahoo’s Alibaba stake, and Alibaba’s shares look fully valued at $36. So if investors do end up getting Alibaba’s shares at $63, even if the price ends up going higher after the IPO, they shouldn’t feel like thieves.