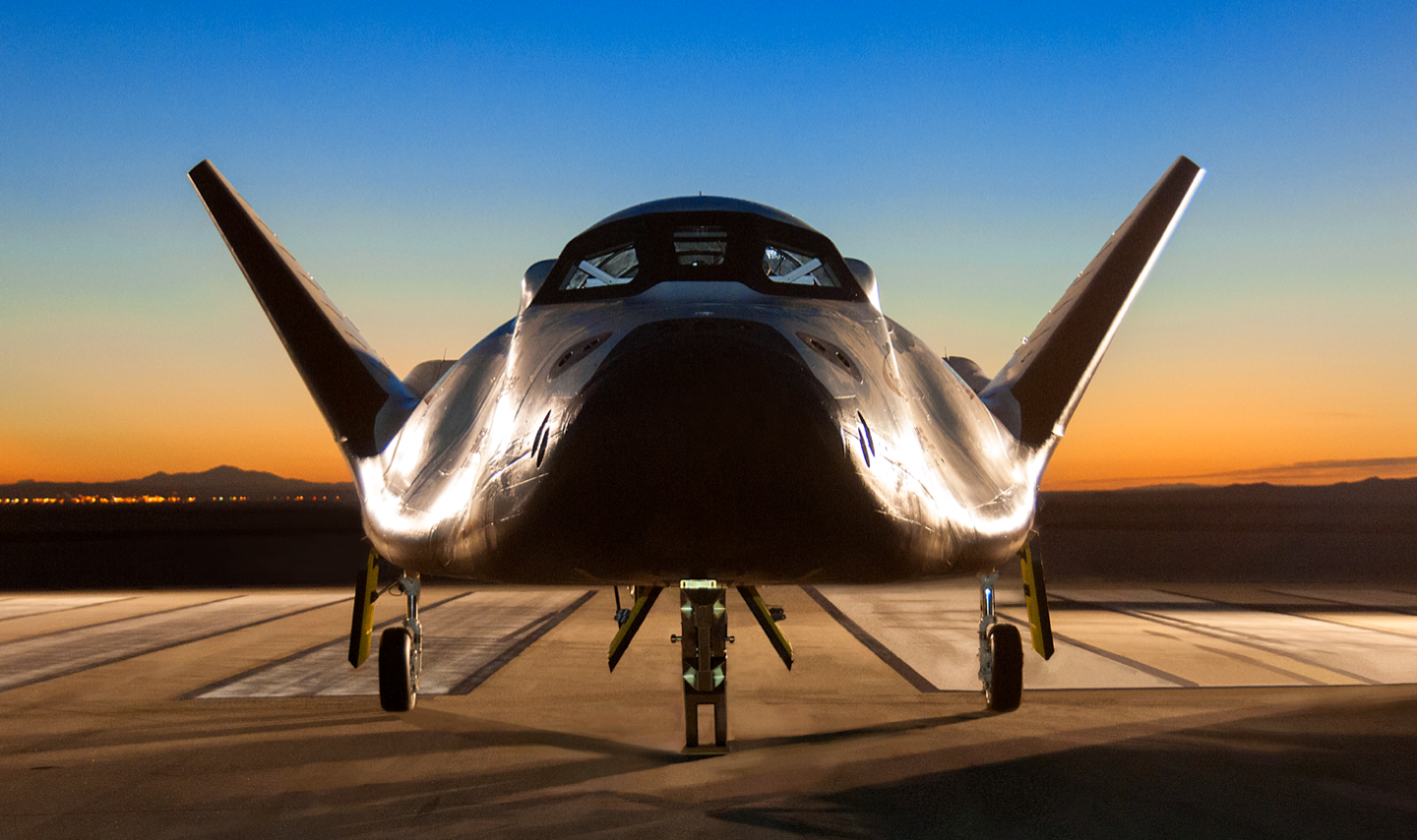 All is quiet this week in the latest race for commercial space, but don’t expect it to stay that way for long. The National Aeronautics and Space Administration, better known as NASA, is expected to soon decide which of the three main competitors for its Commercial Crew Program—Boeing, SpaceX, or Sierra Nevada Corp.—will develop and build its next workhorse spacecraft for ferrying astronauts to and from destinations in Earth orbit (such as the International Space Station) for the next decade and perhaps beyond.

The stakes are high: In a matter of days, if not hours, one of these companies will land a government contract worth $800 million in the short term and an estimated $3.4 billion over the next five years. The others will likely have to take their spacecraft—some of which have been under development for nearly a decade—elsewhere in an attempt to determine a way forward without the biggest global customer for human spaceflight services in tow.

The Commercial Crew Program is designed to help private industry develop a successor to the now-defunct Space Shuttle program. The new program is NASA’s instrument for funding development of new technologies that it can later buy as a service from the likes of SpaceX, Boeing, and Sierra Nevada. (Blue Origin, founded by Amazon CEO Jeff Bezos, is also a part of the program, though it is currently not considered a primary contender for the CCP contract.) In four years, the program has managed to take spacecraft from the drawing board to various phases of reality. During that time, SpaceX, Boeing, and Sierra Nevada worked closely with NASA while competing fiercely with one another. They have developed three distinctive human spaceflight systems, each with its own merits and competitive advantages. NASA expects the chosen CCP vehicle to enter service in 2017.

The government agency has held its cards very close regarding the program and its outcome. Industry insiders say even they don’t know exactly when the agency’s decision will be made public. Still, we know plenty about the competitors, their spacecraft, and what this contract means for each of them.

At this point in its history, NASA has largely traded its legendary heroics for reliability and safety, and in that respect Boeing’s CST-100 is easily the safest pick for the agency’s new crew vehicle—not to mention a politically palatable one. Boeing received the most money from NASA during the CCP’s developmental stage. While the CST-100 has yet to fly in space, its design is based on technologies that have been under development and use by Boeing and NASA for years—in some cases, decades. (The new spacecraft’s resemblance to Apollo-era vehicles is no accident.) The fact that part of Boeing’s pitch involves assembly at Kennedy Space Center in Florida where the shuttering of the Shuttle Program caused a hemorrhaging of so-called Space Coast jobs doesn’t hurt its chances, either.

For an aerospace giant as big as Boeing, landing the CCP contract isn’t a make or break proposition. But being so big has its advantages. The CST-100 would launch aboard the Atlas V rocket built by United Launch Alliance, a joint venture between Lockheed Martin and Boeing. For Boeing, landing the CCP contract means billions in development cash and a piece of the launch vehicle action.

Sierra Nevada, known to industry insiders as SNC, is easily the least well-known competitor in the race. It’s a distinction that is perhaps undeserved. Through various missions and technologies, the company has been to space more than 400 times and has worked with NASA and dozens of other space agencies for decades. “We have quite a significant track record of building things that absolutely have to work,” says Mark Sirangelo, SNC’s vice president for Space Systems. “I don’t think anyone within the human spaceflight world doesn’t know us, even if we’re not as well-known publicly.”

SNC has thousands of employees in 16 states and has been developing its shuttle-like crew vehicle, the Dream Chaser, for nearly a decade. (In other words, it began the project long before the Shuttles were retired or NASA began asking industry for new spacecraft.) Dream Chaser is the only spaceplane vying for the CCP contract, making it a unique option for a space agency that became quite comfortable launching and recovering spaceplanes during the Shuttle program. Smaller than the Shuttles, the seven-seat Dream Chaser would also launch aboard an Atlas V rocket and would be capable of landing on conventional airport runways anywhere in the world. Its core technology was actually spun out of NASA and the Space Shuttle program some years ago when SNC bought the rights to it and began designing a smaller, next-generation space taxi, making it a natural successor to the Space Shuttle Program should NASA decide to go the spaceplane route.

For Elon Musk’s SpaceX, winning the CCP contract would be another win in a string of victories. But a win by SpaceX would also alter the private spaceflight playing field in significant ways. SpaceX’s Falcon 9 rocket is the cheapest launch vehicle in its class on the market right now, and the company is aggressively moving to steal market share from its competitors in the commercial launch space. A stamp of approval from NASA, which already buys unmanned spaceflight services from SpaceX as part of its commercial program to deliver supplies to the International Space Station, could go a long way toward helping SpaceX further solidify its position as a trusted and reliable spaceflight company.

SpaceX’s Dragon V2 crew capsule, which is a variation on the unmanned Dragon vehicle that has already successfully docked with the ISS several times, would launch aboard SpaceX’s Falcon 9 rocket. That means that, like Boeing, SpaceX would provide both spacecraft and launch vehicle. For a spaceflight company as young as SpaceX, that wouldn’t just spell additional revenue but a further nod of confidence from NASA. And at tens of millions of dollars cheaper per launch than the Atlas V, the Falcon 9 is an attractive option—if (and only if) SpaceX can convince NASA that its technology is safe and reliable enough for human transport.

There are considerations beyond the spacecraft themselves that NASA must take into account. The fact that the Atlas V rocket relies on Russian-built rocket engines would seem to make SpaceX more attractive, as its rocket technology is homegrown in the U.S. The long technological legacies (and huge, multi-state work-forces) of Sierra Nevada and Boeing could play a role in the determination. And in the end, more than one concept may survive the coming down-select.

“If the government wanted to keep somebody in the race or keep them competitive, there is a mechanism for that,” says Christopher Ferguson, a former NASA astronaut and director of crew and mission systems for Boeing’s commercial crew program. That mechanism would mitigate NASA’s risk by keeping one or more of the vehicles it doesn’t select as its primary technology alive with a minimal amount of funding.

Even so, the companies that don’t make the cut will have some tough decisions to make. None of the companies involved have publicly stated what will happen to the spacecraft designs that are not selected, or if there is a business case for keeping their development programs alive without a customer like NASA to purchase them. “No decision has been made,” Ferguson says about what will happen to the CST-100 spacecraft design if Boeing is not selected for the contract. “Boeing would pull back and take a look at where the playing field lies, and I’m sure there would be a closed door meeting during which we’d make a decision on how to proceed.”

Perhaps just as important than what happens next, Sirangelo says, is what’s already happened. Previous generations of spacecraft were developed over decades only by government agencies that could afford to develop them. Working with partners in private industry, NASA just developed three working spaceship designs in the span of four years, any one of which could carry the next generation of American astronauts into space.

“I don’t think people really understand how successful of a program this has already been,” Sirangelo says. “There are three viable choices there to be chosen. It’s not like only one person made it to the finish line.”