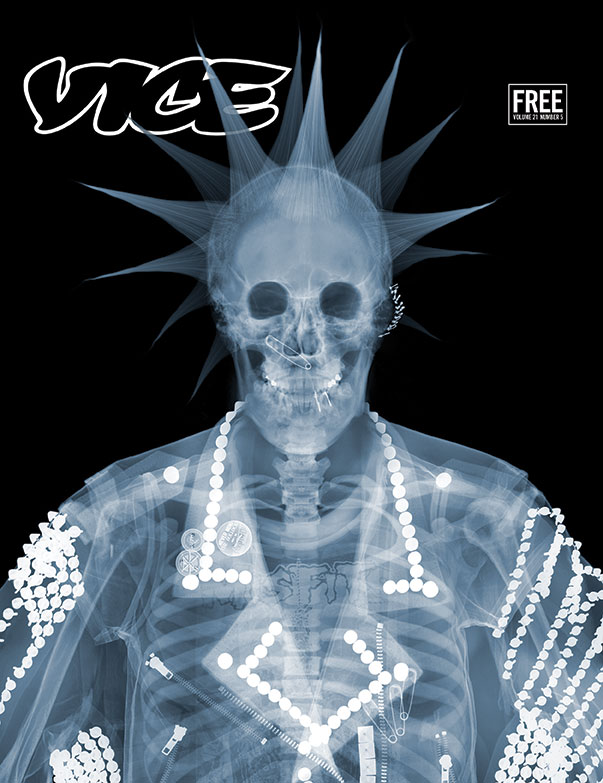 In a matter of a few days, Vice Media has struck two investment deals worth $500 million, valuing itself at $2.5 billion. Technology Crossover Ventures will invest $250 million for a 10% stake in the company, and A&E, a cable network owned by Hearst and Disney (DIS), will do the same.

The deal signals Vice’s move from analog to digital and back again. The company started as a print magazine in 1994, expanded to become a website and YouTube channel, then struck a deal with HBO to produce a weekly documentary show. That’s where Vice quickly learned that television is a lucrative business.

An increasingly large cut of the company’s revenue has come from licensing its content to TV stations around the world. Vice’s licensing revenue is growing so fast that its poised to overtake the rest of Vice’s income sources, a spokesperson told Fortune. In addition to licensing, Vice makes money through its advertising agency, its record label, its film division and its magazine, but the biggest contributor is sponsored content, which includes a multi-year, multi-million deal with Intel to build The Creator’s Project.

Vice’s deal with A&E means Vice content will increasingly appear on cable TV. Despite the talk of cord-cutting, TV still has a large, mass audience, which is different from the one found online. “TV has a huge amount of scale and no matter what anybody thinks, people come home and eat their dinner by 6:30 and they’ve still got six hours of TV to watch,” Vice CEO Shane Smith told Fortune in an interview conducted prior to the deal’s announcement.

Hence Vice’s ambitions to get its content on traditional TV. The first iteration of this deal reportedly involved talks with Time Warner (TWX), which would grant Vice its own TV channel. (Vice has called itself the “Time Warner of the street” for years.) But talks fell apart with Time Warner, and the company instead linked up with its current partners.

The deal doesn’t explicitly grant Vice a TV network. It says only that it will allow Vice to “further expand Vice’s distribution capabilities,” and the partnership “guarantees distribution” of Vice’s content “to viewers everywhere and across every screen for years to come,” according to statements from the company.

“We get what we want, which is a bigger audience, more money and better content,” Smith said, speaking about a potential deal in general. “And they get what they want, which is to look smart to shareholders and say, ‘Hey we have an allegiance to somebody who actually knows what they fuck they’re doing with Gen Y.’”

Vice’s ascendance has come from taking advantage of technologies which democratize media production. Vice launched in 1994 as a magazine at a time when desktop publishing software became available to anyone. The company moved into digital video in 2007 when YouTube made it possible for anyone to distribute TV-like content without owning a network. Now, armed with $500 million in cash and cable television allies, Vice moves back into the analog world.

Across its various channels, Vice lays claim to an audience of 150 million. The company is estimated to earn $500 million in annual revenue this year.