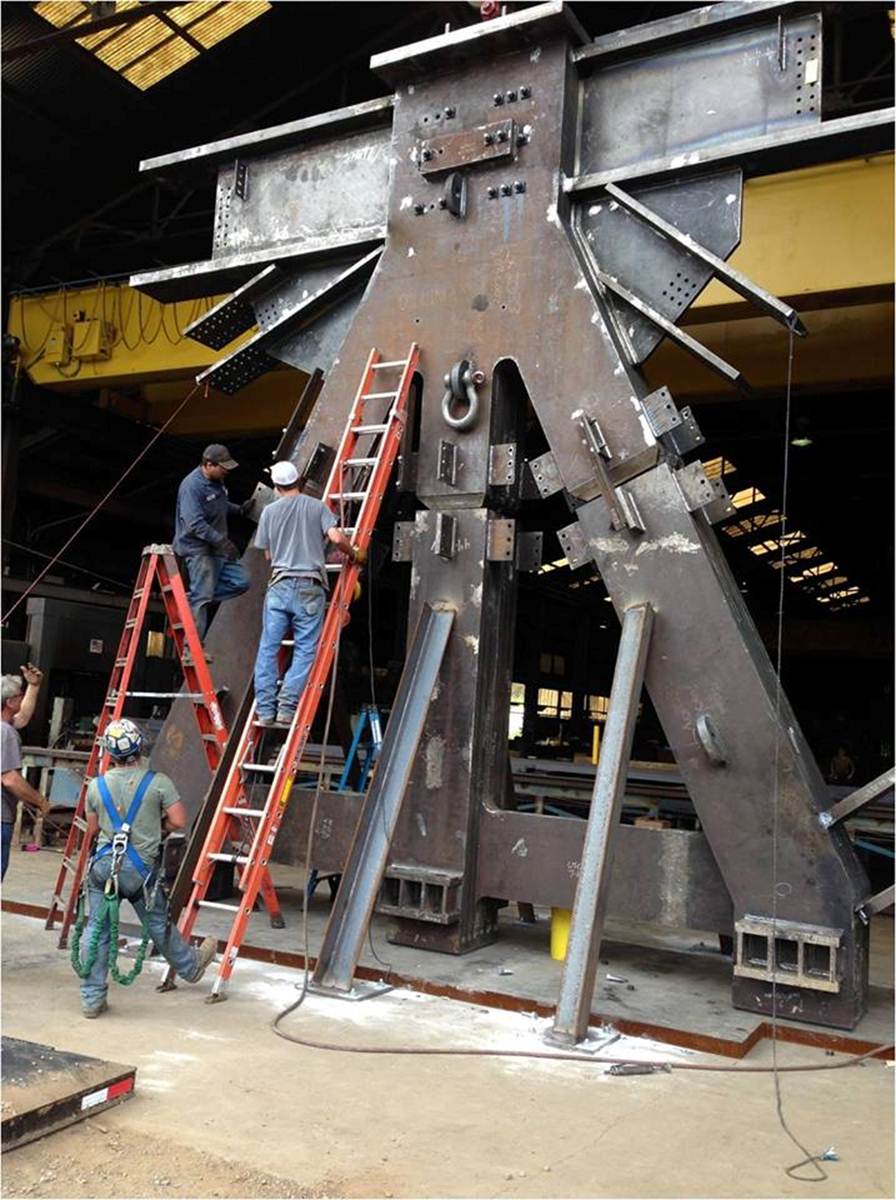 For half a century, Manhattan’s Hudson rail yards languished as a field of broken dreams. In 1956, real estate legend William Zeckendorf Sr. proposed a grandiose development for the site flanking the Hudson River, featuring the world’s tallest skyscraper. The project died when the banks balked at providing the unheard-of financing package required to realize Zeckendorf’s monumental vision. In the 1980s, two fabled sports impressarios, Sonny Werblin of the New York Jets, and George Steinbrenner of the New York Yankees, each lobbied in vain to give their teams new homes on the Hudson.

The big plans, and big failures, kept coming. In the mid-2000s, Mayor Michael Bloomberg campaigned to construct a giant sports complex at the yards to host the 2012 Olympics. Even in the event New York lost its bid for the Olympics—as it eventually did—Bloomberg’s proposal mandated that the project proceed anyway. The plan called for the Jets to move to from the Meadowlands Sports Complex to a newly-built stadium at the Hudson Yards. Fearing competition for sports fans, Cablevision, owner of Madison Square Garden, mounted a $40 million stop-the-Jets-stadium advertising offensive that scuttled yet another aspiration for one of the world’s most coveted pieces of real estate.

The jinx is over. Now sprouting over the site is a project that dwarfs even Zeckendorf’s ambitions—the Hudson Yards, a city-within-a-city that’s the largest real estate development in U.S. history. In its gigantic scale, the Hudson Yards exceeds even the Freedom Tower and Brooklyn’s Barclays Center as a symbol of the real estate revival in New York City. For all of its fame, here’s what’s not well appreciated: the Hudson Yards is a city being built not on land, but on elevated platforms. It will sit on a gigantic roof fully covering one of the world’s busiest railroad yards, and the trains will keep running, uninterrupted, below the new mini-metropolis just as they have for decades. Building this city on stilts is the most challenging engineering project in the annals of Manhattan real estate since the construction of Grand Central Terminal at the dawn of the 20th century, and one of the most advanced in all of U.S. commercial real estate development.

The challenge consists of erecting a rooftop with underpinnings so sturdy that it can support a city of immense height, weight, and for an urban center, acreage. The Hudson Yards, a joint project of the Related Companies, founded by storied Manhattan developer Stephen Ross, and Oxford Properties Group of Canada, covers 28 acres on Manhattan’s far West Side. It occupies most of area between 30th and 34rd Streets, and extends from 10th Avenue two blocks to the West Side Highway that hugs the Hudson River. When fully completed sometime around 2024, the Hudson Yards, including nearby buildings developed by Related, will comprise 20 million square feet of offices, apartments, and retail outlets, a U.S. record for a single development. A $2.4 billion extension of the number 7 subway line, connecting the Hudson Yards to Times Square and 17 of the City’s 21 subway lines, will start ferrying passengers in early 2015.

The feat of extending a platform over a buzzing rail hub, as a foundation for stacking some of New York’s tallest towers, is on fully display in the first phase of the project in the Eastern Rail Yards. The Eastern Yards cover the half of the Hudson Yards between 10th and 11th Avenues and is expected to be completed in 2018. Six skyscrapers, clustered around parks and public squares, will rise from the Eastern Yards. Flanking a seven-level, one million square foot retail complex along 10th Avenue will be an 92-story office building anchored by Time Warner, and a 52-story tower housing Coach’s headquarters, alongside tenants L’Oreal and SAP.

These buildings, for the most part, can’t sit on terra firma, because there’s not much terra firma for them to sit on. Related is creating its own buildable land by erecting a platform covering almost the entire 14-acre Eastern Yards. (A similarly-sized platform will cover the Western Yards when construction there begins in a few years.) At ground level the Eastern Yards are criss-crossed by a network of 30 rail tracks. Those tracks act as a staging area for Long Island Rail Road trains that feed Penn Station. Below the tracks are three tunnels. One runs to New Jersey, and the other turns north toward Albany.

Nothing better illustrates the complexity of the project than the third tunnel, called the Gateway Tunnel. Amtrak has determined that it may need new tracks from Manhattan to New Jersey to ease congestion in the future. Even though it’s still uncertain that the new line will ever be used, it would have been impossible to install the tunnel once the platforms are completed. So just in case, Amtrak is reserving the space by digging the tunnel through the Hudson Yards right now. For the present, it will exist as the only segment that’s not even connected to the Yards from Penn Station or New Jersey. As a result, Related must contend not just with the existing tracks, but a new tunnel cutting through the site.

The challenge is finding enough spaces—and the right places—to place giant, super-strong columns to support the platforms that, in turn, serve as a foundation for the office and residential towers. “The site was designed as a rail yard, not to have buildings over it,” says Geoffrey Butler, a project manager on the job with Tishman, which is overseeing part of the construction. In carefully chosen locations between the tracks, the builders use drills to cut circular holes in the bedrock 30 to 100 feet below ground level. Cranes then lower caissons, long steel tubes that are 4 to 5 feet in diameter, down through the holes created by the drills. Special tools scoop dirt and crushed rock from the inside of the caissons. They’re then filled with concrete to form incredibly strong, subterranean columns that extend from the deep bedrock almost to track level.

The columns are so gigantic that they had to be custom-made. The metal fabricating industry wasn’t prepared for anything on this scale. “We had to rebuild an entire facility in Virginia to build the columns, including retooling their welding equipment,” says Jim White, who is supervising the entire platform project for Related. The big columns weigh 90 tons. Only half-a-dozen cranes in North America, and only one in New York, now deployed on the site, are big enough to lift them. The workers call the monster crane “Joanie.”

The platforms consist of concrete slabs one-and-a-half to three feet in diameter buttressed from below by steel trusses that vary in depth from 5 to 15 feet. The platforms are designed with large interior spaces to accommodate functions that serve both the buildings above and the rail yards below. They contain drainage and plumbing systems, sprinklers for fire safety, and electrical gear for lighting. One of the biggest challenges was dispersing the heat generated by the locomotives and other trains. Built into the platforms are fans, eight feet in diameter that act like the ventilation hood on a stove. The fans suck out the hot air and blow it into the atmosphere through outside vents.

The ultimate challenge was supporting the platform in places where no caissons or columns would fit. On the 10th Avenue end of the Eastern Yards, 30 tracks converge into just four main tracks as they enter a tunnel leading towards Penn Station. The tracks run so close together that drilling between them is impossible. But the location, called the “throat” of the rail yards, is crucial—portions of both the retail complex and the future Time Warner building will be constructed over this location. The builders designed a long truss resembling a steel railroad bridge that spans the tracks. The truss substitutes for the caissons and columns. It comfortably supports the platform, and distributes the weight of the two structures over its entire 100-foot length.

The platforms are incredibly important to Related because it needs to build extremely tall buildings to make the project profitable. “The height of the buildings was crucial because half of Hudson Yards is open space,” explains White. “We were able to engineer the platform for the design we wanted for the buildings. Despite the challenges, we weren’t restricted in what we could build.” Related is spending $1.5 billion on the platforms for both Eastern and Western Yards, and considers that number its “land costs.” It’s a good deal. On the open market, assembling a site like this one, if it were even possible, would cost a multiple of that number. Just to think that it’s really the caissons and trusses, maybe more than anything else, which promise to make the nation’s biggest development a winner.

Read The man behind the largest real estate project in U.S. history from the September 16, 2013 issue of Fortune.