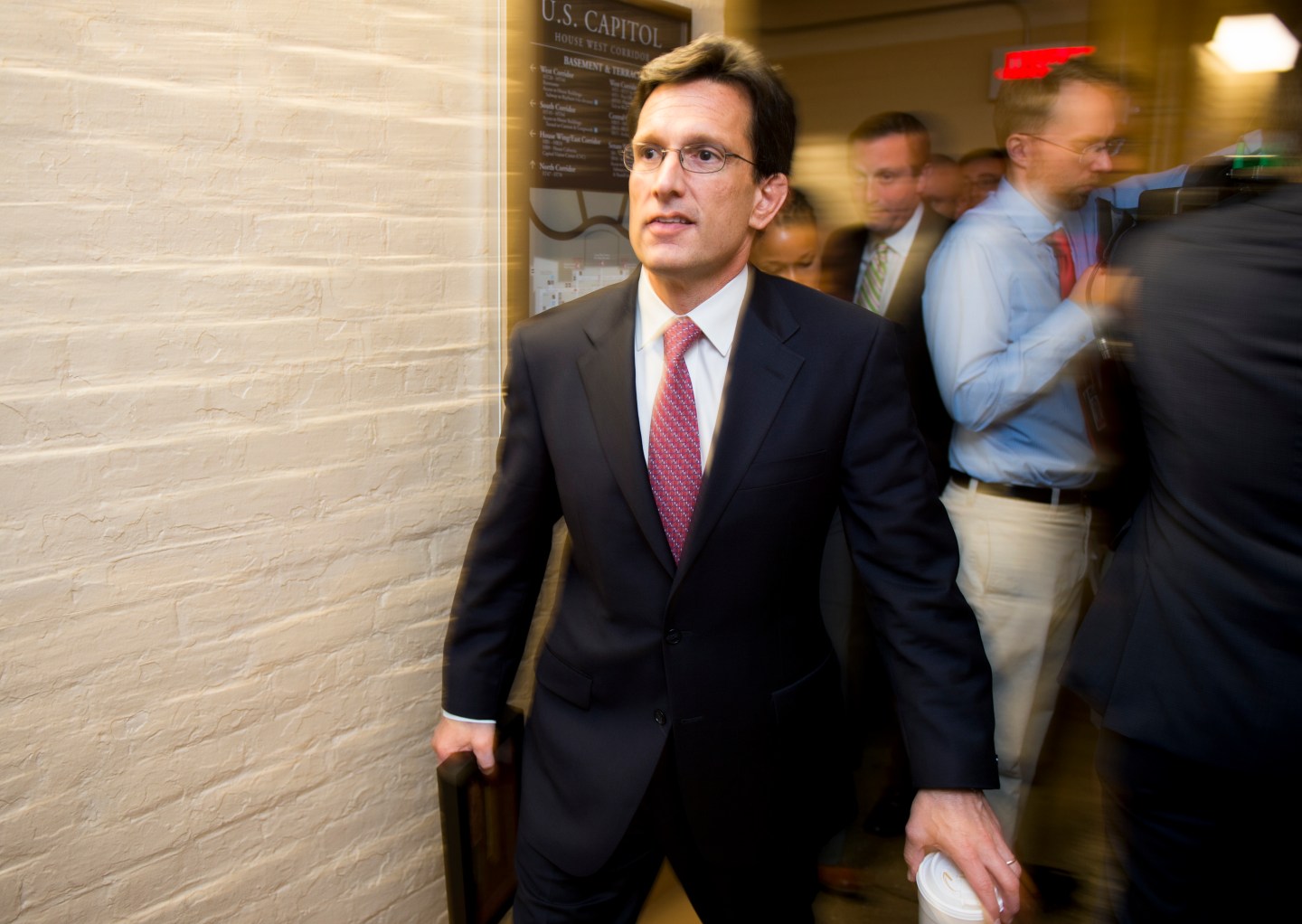 When news broke that former House Majority Leader Eric Cantor landed a job at boutique investment bank Moelis & Co. and would be compensated to the tune of $3.4 million, the business press and government watchdogs were predictably outraged.

Then again, not everyone could agree on what exactly they were angry about.

Dennis Kelleher, CEO of the financial reform advocacy group Better Markets, argued in an interview with New York Magazine that Cantor will be responsible for, among other things, helping to bolster Wall Street’s influence in Washington by “fighting everything from tax policy on carried interest, to derivatives, to capital rules, to making sure the [Commodity Futures Trading Commission] is never properly funded, to making sure that the biggest deregulation bill since the repeal of Glass-Steagall, the mislabeled ‘Jobs Act,’ is put in place.”

Matt Levine at Bloomberg View disagrees. Since Moelis is just in the advisory business, it’s not so much concerned with defanging the CFTC or reducing regulation. In fact, Moelis arguably stands to benefit from more regulation because dealing with complex regulation is one reason why companies hire the firm in the first place. Levine argues that Moelis is willing to pay Cantor millions simply because Cantor is a big wig, and the important people who are Moelis’ clients like to rub elbows with other important people. “If Cantor were really planning to use his influence in Washington to help Wall Street firms fight regulation, he’d have gone to a Wall Street firm with an interest in fighting regulation,” Levine writes.

But here’s the real figure that explains why the move is so galling: $2.6 million. That’s how much economists Daniel Diermeier, Michael Keane, Antonio Merlo estimate a Senate seat is worth on average over the course of a lifetime, after adjusting for inflation. Most of that accrues because of employment opportunities offered to politicians after they leave Congress. House seats are worth nearly $1 million, and the higher up you are in the leadership, the greater the monetary benefits. These politicians claim to be in the public’s employ, but they are clearly setting themselves up for lives more materially comfortable than the vast majority of Americans can ever expect to achieve.

It doesn’t matter whether ex-pols are helping their new bosses game the regulatory system or are merely earning money because they’re important people, the ability to do and be those things comes as a direct result of their public service. And for these politicians to leverage that for personal gain is, at best, really annoying for the people who voted them into office, and, at worst, unethical. Eric Cantor, for his part, couldn’t even be bothered to serve out his term in office, so great was his contempt for Congress and the voters who put him there.

One solution to this problem, that Levine hints at, is just to make Washington less powerful. Levine argues that pro-regulation officials are actually more valuable to the private sector because they tend to write the regulations that businesses want to avoid, and they have the ear of more activist lawmakers and regulators. Libertarians argue that the solution to Washington influence peddling is just to make government in Washington less influential. But this is naive, as Washington would be extremely powerful even if it was more restrained in wielding its power. If firms are hiring former Congressmen just because they’re important and famous, there’s not much to be said for eliminating influence peddling by trimming fat in Washington.

A better solution to stamp out this kind of money grubbing and naked self interest is to set up an electoral process that doesn’t attract and reward that behavior. As government watchdog OpenSecrets.org put it in an analysis of the intersection of money and politics, “even during the most competitive cycles, when control of Congress is up for grabs, at the end of the day the candidates who spend the most usually win eight of 10 Senate contests and nine of 10 House races.”

Sure, every once in a while, an underfunded challenger upsets the moneyed favorite (Cantor’s primary election loss being one example of this), but in the vast majority of the time, the person with more money wins the race.

There’s plenty of anecdotal evidence to show that Congress spends way too much time fundraising for elections. It’s the single most important thing a prospective candidate can do to show that he’s a serious contender. When the No. 1 requirement to secure office is that you know rich people and are good at getting them to give you money, why is it any surprise that Congress is full of people who will choose cash over honor and service?