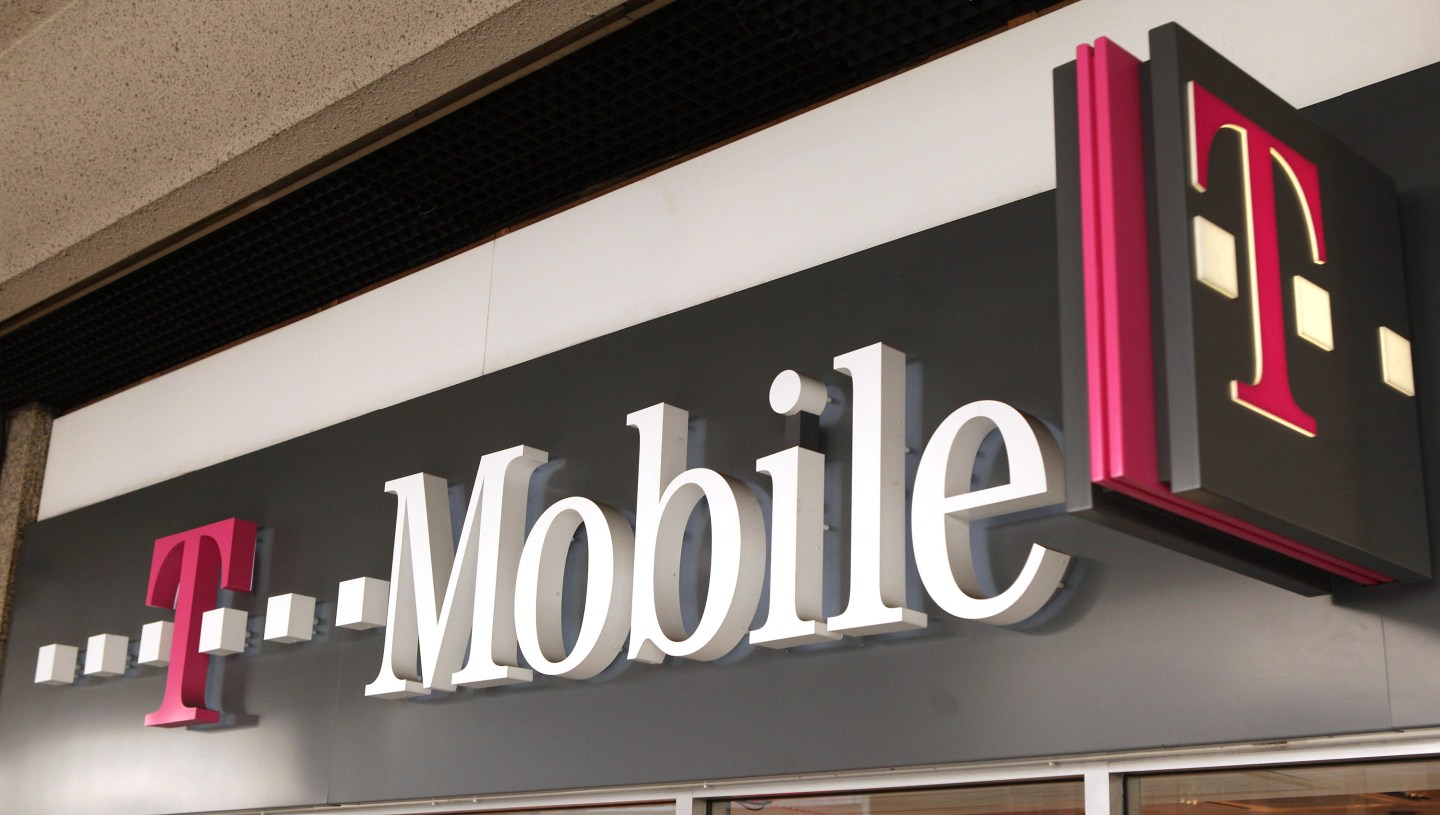 LONDON, ENGLAND - SEPTEMBER 08: A T-Mobile shop in Victoria on September 8, 2009 in London, England. Mobile phone companies Orange and T-Mobile have anounced plans to merge their United Kingdom operations. This will create the UK's biggest mobile operator with a customer base of 28 million users. (Photo by Peter Macdiarmid/Getty Images)
Photo by Peter Macdiarmid—Getty Images

French telecoms group Iliad SA (ILIAF) said it’s still working on a new offer for T-Mobile U.S. (TMUS) after having its first one rejected as too low.

T-Mobile U.S.’s German parent, Deutsche Telekom AG, was reported by Bloomberg last week to be open to offers for its 67% stake in excess of $35 a share, but the Bonn-based company declined to comment on such “speculation” Monday. T-Mobile shares closed at $30.08 Friday.

Iliad is now the only publicly-declared suitor for T-Mobile, after Sprint ended its interest in August, apparently daunted by the prospect of getting regulatory approval for a deal that would have combined the U.S.’s third- and fourth-largest network operators.

Iliad chief financial officer Thomas Reynaud told a press conference in Paris Monday that he had considered offers of backing from private equity funds and others in August and said “to ensure that these discussions go to term, we cannot tell you more about them this morning.”

Reynaud hinted that the company may not have to raise its original bid significantly for Deutsche Telekom to accept it, saying that “the offer is probably even more pertinent today, now that Sprint has pulled out of the race.”

He added that the company hasn’t yet been granted access to a ‘data room’ at T-Mobile, something that would traditionally signals that a bid is getting serious.

Iliad, the creation of flamboyant entrepreneur Xavier Niel, had originally put forward a two-stage bid under which it would offer $33/share for a 56.6% stake, plus $40.5 a share for the remaining 43.4%, giving a blended valuation of $36.20 and valuing T-Mobile at over $29 billion.

There appeared to be question marks over how it intended to raise that much cash. Iliad’s own market capitalization is only around $13 billion, and even though it said it would raise another €2 billion ($2.63 billion) with a sale of new shares, agency reports suggested that the company only had $13 billion in committed financing from banks. However, its overall net debt level is relatively low, at less than €1 billion at the end of June.

Even if it can raise the acquisition price for T-Mobile, Iliad will still have to find another large chunk of money almost immediately to compete at the FCC’s upcoming auctions of new frequencies in the fall.

The FCC has set a total reserve price of over $10.5 billion for the frequencies and rejected a proposal by T-Mobile and others to effectively break the auction down into smaller lots. The auctions are due to take place in November.

Deutsche Telekom says it has a standalone-strategy to develop the brand itself in case it doesn’t get a good enough offer, but is understood to be reluctant to make big new investments in the T-Mobile U.S.

Iliad’s main business in France is the Free mobile network and internet provider, which Niel has built up from humble beginnings with a mixture of rock-bottom prices and savvy marketing. The company said its net profit there in the first half of the year fell 1.3% to €139.9 million despite a 10% rise in revenue to €2.02 billion.