Bill collectors calling your boss? Here’s what to do 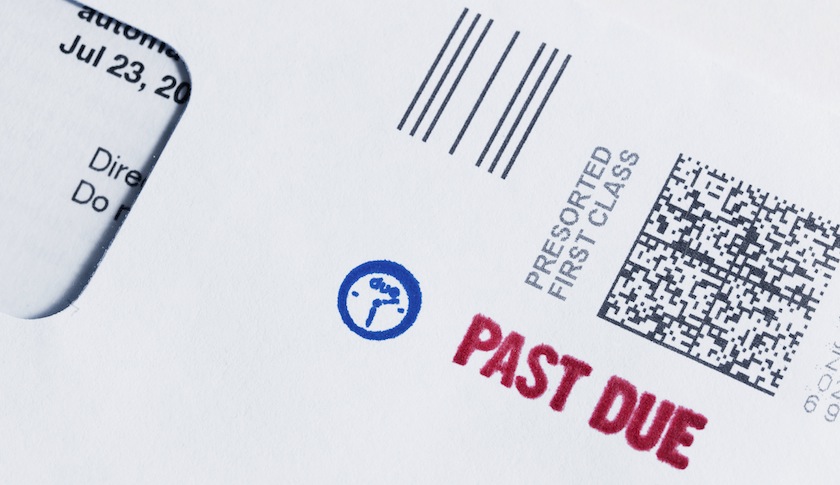 Dear Annie: I have a problem I’m not proud of, but I’m sure I’m not the only one, so here goes. I always paid my bills on time and had an almost-perfect credit score before I got laid off in 2009. But for a couple of years after that, my family and I were living on credit while I looked for another job. I finally found the perfect position late last year, and luckily my salary now is substantial enough that I can set aside a decent amount each month to pay down our credit cards, thanks partly to payment agreements (including lower interest rates) I made with the banks. I’ve avoided using a credit counseling service because I’ve heard that so many of them are scams.

The problem is, we still have outstanding medical bills and other debts that have been handed over to a collection agency, and lately I’ve been getting calls from them at work. Now, they’ve even started calling my boss, apparently to embarrass me into paying. Do I have any rights here? Can I put a stop to this? —Red-Faced in Richmond

Dear RFR: You do have rights, including the right to keep your personal finances private. “About 77 million people in the U.S. now have debts in collection, and only a fraction of them know they can limit debt collectors’ phone calls with just a few simple words,” says Howard Dvorkin, founder of personal finance advice site Debt.com and author of Power Up: Taking Charge of Your Financial Destiny.

Under the federal Fair Debt Collection Practices Act (FDCP), along with similar state laws depending on where you live, “if an employee requests that the collection agency stop calling him or her at work, they have to comply,” says Dvorkin.

While you’re at it, you can also stop bill collectors from calling you at home. The law already says they have to leave you in peace before 7 a.m. and after 9 p.m., but if you’d rather not hear from them at all, ask that they contact you only by mail. Then put it in writing, and keep a copy of the letter so you can prove you wrote it.

What if the calls keep coming? It’s unlikely, says Dvorkin. “There is now a regular cottage industry of lawyers looking for FDCP violators,” he observes. Martindale-Hubbell’s national directory of attorneys, for instance, lists 9,160 of them.

The FDCP has teeth. Debt collectors who continue to phone you after they’ve been asked to knock it off are liable to statutory damages of $1,000 per instance, “plus state penalties, which can be even higher,” Dvorkin says. “It gets expensive pretty quickly.”

Dvorkin remembers the bad old days before the FDCP when “debt collection was the Wild West. They’d even call your parents and your neighbors, to try to embarrass you into paying.” Now, he says, agencies are trying to revive some of those old tactics for a couple of reasons.

First, a market in consumer debt has sprung up. Rocked by high default rates during the downturn, many creditors have written off more than 90 million consumer credit accounts—from medical bills to unpaid gym memberships—as uncollectable, and then sold them to investors for as little as 4 cents on the dollar. It doesn’t take a math whiz to see that extracting even half of what those debtors owe, which has been estimated at over $140 billion, has huge profit potential.

And second, banks are once again loosening the purse strings and issuing more credit cards with higher credit limits. “People who were cautious with credit during the recession are starting to run up those balances again,” Dvorkin says.

Since a certain percentage of borrowers are bound to default, even in boom times (which these aren’t), more players—including some unscrupulous ones—will be jumping into the lucrative debt collection game. “The bigger the debt-buying market gets, the more aggressive people will get about collecting what’s owed,” says Dvorkin.

You don’t say how your boss has responded to the bill collectors, but “managers should not give out any information about an employee, because it may run afoul of employee-privacy laws,” Dvorkin says. “Just say, ‘This isn’t my concern. Don’t call again.’ Then hang up. If a debt collector asks for any information about an employee, tell them to send the request in writing.”

That usually won’t happen because “these people are calling from boiler rooms where they’re making 15 calls an hour. They’re not going to slow down to write a letter,” says Dvorkin. Even if one shows up, he adds, “a boss is under no legal obligation to answer it. Just put it in the employee’s file, or the circular file, and forget about it.”

Incidentally, legitimate credit counseling organizations do exist and they can be a big help in keeping overzealous creditors at bay. Debt.com features a list of state-licensed credit counselors, as does the Association of Credit Counseling Professionals.

“Pick one that has a good rating with the Better Business Bureau, and check with the attorney general’s office in your state,” Dvorkin suggests. “And make sure the organization will customize a debt-reduction plan for your specific needs.” Good luck.

Talkback: Has a bill collector ever called you at work, about you or someone else? How did you respond? Leave a comment below.