When it comes to producing female entrepreneurs, Harvard, Stanford, MIT lead the way 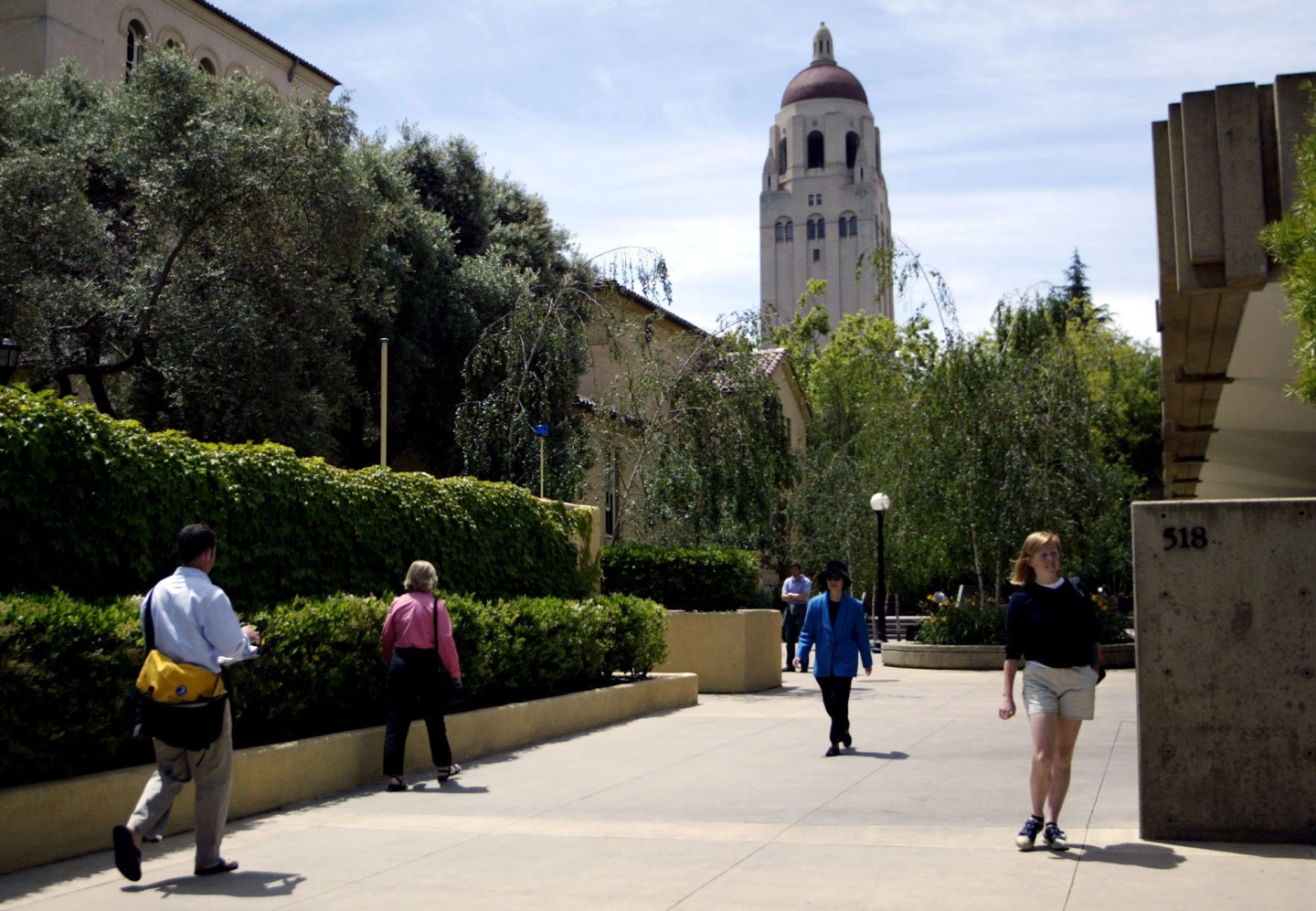 UNITED STATES - MAY 27: Students walk past Stanford University's Graduate School of Business in Stanford, California on May 27, 2004. In the distance is campus landmark Hoover Tower. (Photo by Susan Ragan/Bloomberg via Getty Images)
Photo by Bloomberg—Getty Images

It’s back-to-school season, so it’s worth asking which top universities offer their female students the best springboard to a powerful position at the top of their own company?

Over the past five years, 40 women with undergraduate degrees from Stanford University have received venture capital funding for companies they founded, more than any other top school, according to data from PitchBook, which provides research to private equity and venture capital firms. Among the companies founded by Stanford alums receiving venture capital funding in recent years is flash-sale style home decor website One Kings Lane, which was founded by Stanford grad Susan Feldman along with Alison Pincus, the wife of Zynga co-founder Mark Pincus. Another Stanford grad, Clara Shih — a former Fortune “40 Under 40” member who also serves on Starbucks’ board — co-founded social media marketing management service Hearsay Social with former Microsoft engineer Steve Garrity.

When it comes to MBA programs, Harvard tops the list with 56 female founders receiving funding over the past five years. Companies springing up recently that are led by female Harvard MBA’s include beauty and grooming products delivery service Birchbox, founded by Harvard MBAs Hayley Barna and Katia Beauchamp, which recently raised $60 million in a Series B funding. Another company on the list is personal styling for women website Stitch Fix, which was founded in 2011 by Katrina Lake, who actually has degrees from both Stanford and Harvard.

Harvard also came in third on the list of undergraduate programs with 29 female-founder alums dating back to 2009, finishing behind the Massachusetts Institute of Technology and its 31 female founders during that same period. MIT finished third on PitchBook’s list of MBA programs with female alums receiving VC funding over the past five years. MIT had 23 during that period, behind Stanford’s 31.

Of course, those three schools aren’t just churning out female entrepreneurs. Stanford, Harvard and MIT also placed in the top five (for both undergraduates and MBAs) in a separate PitchBook list ranking schools by the number of company founders of all genders that they produced. That the schools fared well on both lists — again, Stanford topped the undergraduate list, while Harvard’s MBA program topped its list — shows that these top schools are simply consistently producing successfully entrepreneurial graduates of all genders.

“A lot of the undergraduates [at these schools] have been heavily focusing on computer science and engineering, especially in the past decade or so. It makes sense, since those schools are producing those types of degree holders, that both male and female graduates would be the ones creating these products and companies,” said Andy White, a PitchBook analyst.

However, even the top schools on the PitchBook list are seeing a large disparity between the number of female founders they graduate and the total number of company founders spawned by each school. For instance, Stanford may lead the way with 40 female founders over the past five years, but that group accounts for less than 11% of the total number (378) of Stanford alums to receive VC funding for their companies in that period. Similarly, female founders account for only about 16% of the 352 total company founders with Harvard MBAs from that same time period.

White says he expects the gap between female and male company founders to narrow over time, though, and he even points to a PitchBook study from last year showing that companies with at least one female founder have increased their share of VC funding rounds in each of the previous 10 years. Those numbers showed female-founded companies more than tripled their share of U.S. venture rounds during that time, rising to 13% last year.

“You see a lot more money flowing into those companies founded by women and I can only see that increasing,” White said.