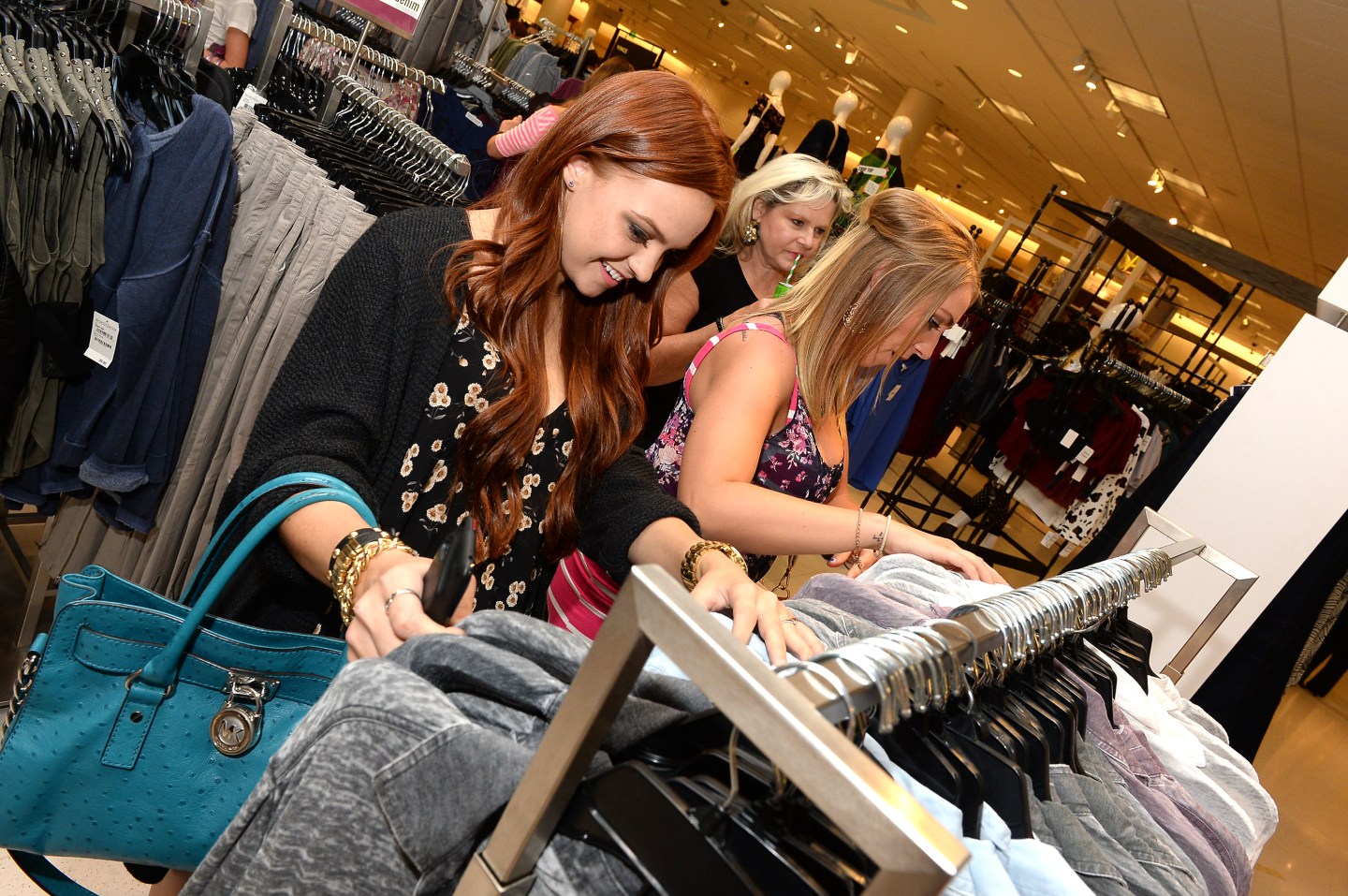 Ann Taylor is paying attention to activist investor Engine Capital, which is urging the retailer to put itself up for sale.

Engine Capital, which owns more than 1% of Ann Inc. with partner Red Alder, targeted the women’s retailer in an activist campaign recently, pushing for a sale to a private equity firm or large international retailer.

The hedge funds believes the retailer could be worth $2.5 billion, or between $50 and $55 a share in a sale, reported the Wall Street Journal. That would be as much as a 34% premium to its current market capitalization of $1.8 billion, or current share price of $41.11.

Engine Capital and Red Alder have been talking with the management but may opt to take their campaign public because they feel that the company isn’t moving quickly enough. Ann said in a statement that it is “committed to creating value” for all and is open to communicating with its shareholders.

Engine Capital’s 1% share is a relatively small holding. Ann’s largest shareholder is Golden Gate Capital with a 9.5% stake. Golden Gate, which supports the current management team, sees its investment as a long-term holding and hasn’t been encouraging a sale.

Ann’s shares are up 4% so far this year compared to nearly flat returns for the Standard & Poor’s Specialty Retail Index, of which it’s a part.

However, the company has struggled with slowing sales and lowered its guidance for the year. The company expects revenues of $2.56 billion this year, down slightly from the $2.61 billion it had initially announced.

Part of the drag comes from its lower-cost Loft stores. Same-store sales at Loft dropped 5% in the second quarter compared to 2% gain for Ann Taylor stores. Loft’s revenues were “much softer” than expected, the company said.

Ann does have a strong balance sheet with little debt and about $150 million in cash and cash equivalents. Engine Capital and Red Alder believe the market isn’t fairly valuing Ann and its position. If the company doesn’t agree to pursuing a sale, the investors would push for a large debt-funded share repurchase, sources told WSJ.