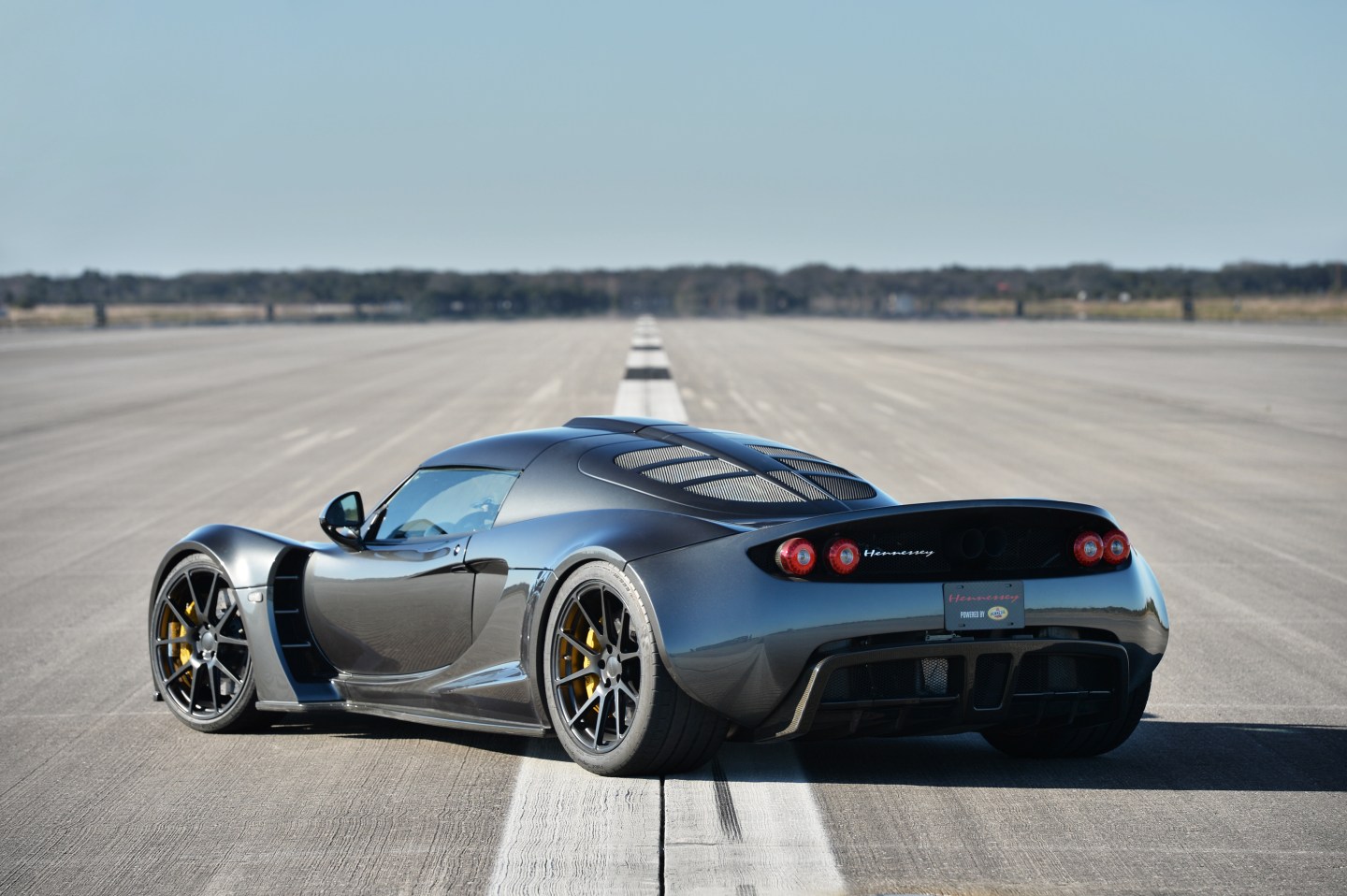 Each August on a breezy Saturday afternoon, both the world’s biggest and most boutique purveyors of fine automobiles unveil their latest concepts on the Pebble Beach Lodge’s putting green—and whet the appetites of car-lovers worldwide. This year, every stretch of sheetmetal was expensive and eye-catching to the crowds, but all concepts are not created equal. A few marques—BMW, Rolls-Royce, and Lincoln—were guilty showing off rides that were not flights of fancy, but rather designs either already in production or headed there. As the popularity and success of the Pebble Beach Concours d’Elegance continues to grow, let’s hope the organizers hold a firmer line in the future about the definition of what belongs on the “Concept Lawn.” Marketing dollars speak, but true crowd appeal can’t be bought.

The good news is that there were some wonderfully provocative, headline-grabbing cars, too. The best of them included:

Hennessey Venom GT. (Pictured above) Technically speaking, the Venom GT wasn’t a concept—but this snarling rocket is rare enough to have earned its patch of expensive grass. Hennessey, a Texas-based high-performance specialist, flaunted its twin-turbo-charged 1244-horsepower Venom GT, which set a record top speed of 270.49 mph—the only car to beat the Bugatti Veyron Super Sport’s 169 mph. Bugatti CEO Wolfgang Durheimer he told me he’d introduced himself to founder John Hennessey at the year’s Quail Motorsports event to tell him that “if he didn’t exist, we’d have had to make him up—we thrive on competition.” So be on the lookout for a 271 mph Veyron sooner than later—at least double the Venom GT’s $1.2 million pricetag.

McLaren P1 GTR. A new, modified 986-horsepower track version of the limited-edition 903-hp P1 supercar, the P1 GTR will be available only to P1 owners, of which there will be only 375 worldwide. The price (as yet unannounced, but rumored to be north of $3 million) includes driving opportunities at storied circuits, driver support and training, and a consultation with McLaren’s driver fitness team, which upholds Formula 1 standards.

Maserati Alfieri. Maserati, one of the featured marques of this year’s Pebble Beach weekend, celebrated its 100th anniversary by announcing production of the graceful Alfieri, a 2+2 tourer that is slated to be priced between Maserati’s entry-level $67,000 Ghibli and the $150,000 GranTurismo. The company says that the car’s design was inspired by the 1954 Maserati A6 GCS by Pininfarina, one of the marque’s most iconic models.

Renovo Motors Coupe. Finally, I can write about them! It was a few years ago that I first heard about Renovo Motors, a Silicon Valley-based start-up. Renovo unveiled itself to the world at Pebble using the all-electric coupe as its calling card. Renovo made some interesting choices: A mildly modified body based on the original Shelby Daytona Coupe, which was blessed by the car��s original designer, Peter Brock, and Shelby American, which sells a gas-powered version. And Renovo is a venture-backed firm, a new trend in automotive. So the iconic past and the potential-laden future meet up in one (super) alternative vehicle. The important stuff: 500 horsepower, 1000 lb-ft of torque and $529,000. Renovo hopes to enter full production in 2015.

Toyota FT-1 Concept. Toyota first ripped the wraps off of the FT-1 at this year’s Detroit auto show, but the company presented an upgraded package at Pebble, presumably to test the interest of a more well-heeled buying crowd. If looks can kill, then this sports car is a slayer. Hurry up and make it, Toyota!

Saleen Model S FOURSIXTEEN. Aftermarket impresario Steve Saleen has turned his tuning prowess on Tesla’s Model S to make a redesigned version of the sedan that will offer buyers greater performance and a new look. Saleen and his team resculpted the car’s front fascia and grill and added an integrated rear wing and diffuser. But the real differences are in the upgraded suspension, transmission (a more aggressive gear ratio) and brakes (carbon ceramic). Although the power stays the same—416 horsepower, hence the name (an odd choice to highlight the one key spec that didn’t change)—Saleen says buyers will enjoy a compellingly g-force-laden experience. Pricing starts at $152,000 for a complete car (including the donor vehicle) before tax rebates.

Mercedes-Benz Vision Gran Turismo. To end on a high note (even though I dislike the idea of a car being envisioned for a video game), the Mercedes Vision Gran Turismo must have been the most photographed car on the Concept Lawn. Yes, it was first seen at last year’s Los Angeles Auto Show, but something this sexy deserved another showing. It radiates swagger, Silver Arrow lineage, extreme proportions, and endless performance possibilities—all the stuff real concept cars are supposed to be made of.