The Google IPO crew, then and now 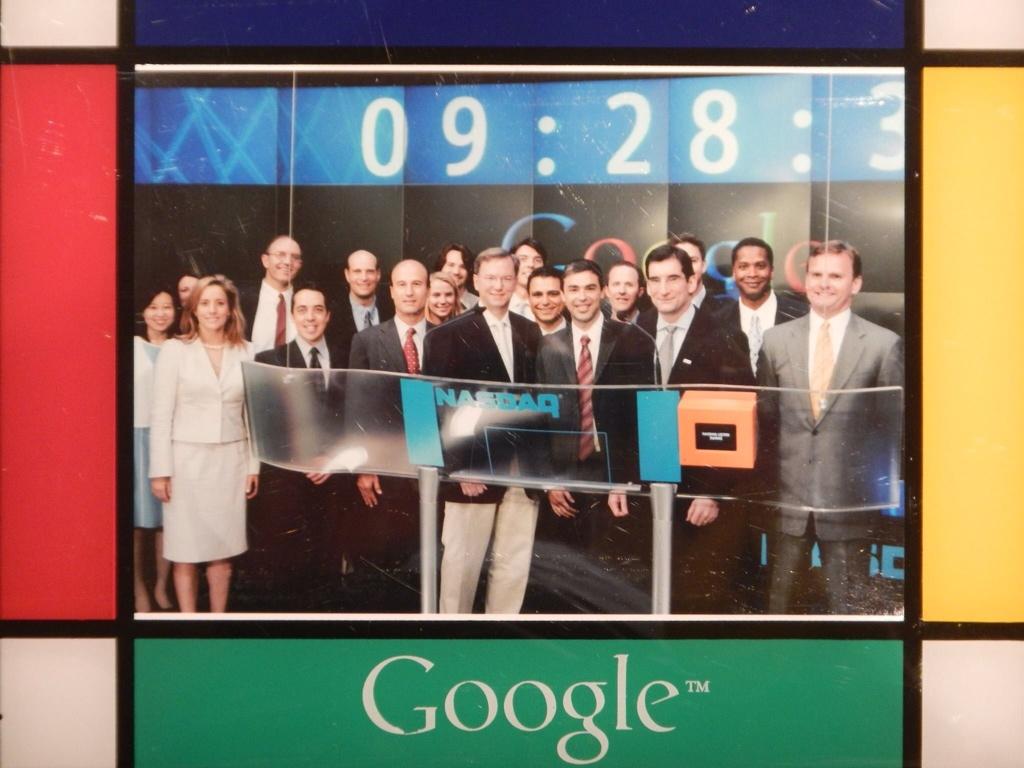 The object in question was the photo-of-a-photo seen above, of Google executives preparing to ring the opening bell of Nasdaq in New York on August 19, 2004. As Fortune wrote yesterday, Google (GOOG) was a much smaller company then. It was involved in far fewer businesses, had dramatically less revenue, and employed just five percent of the people it does today.

The people on stage for Google’s initial public offering that day didn’t even represent 1% of the company’s employees at the time, but many of them were important to the company’s early success. Below, a list of who those people are, what role they played on that day in 2004, and where they are today.

In the front row

Robert Greifeld—then and now, Nasdaq’s chief executive officer. (You may remember him for bearing the criticism for Facebook’s botched IPO in 2012.)

In the back row

Douglas Merrill—then, Google’s chief information officer (he stitched together the IT behind the very complicated, multi-bank “Dutch” auction system); now, founder and chief executive of ZestFinance.