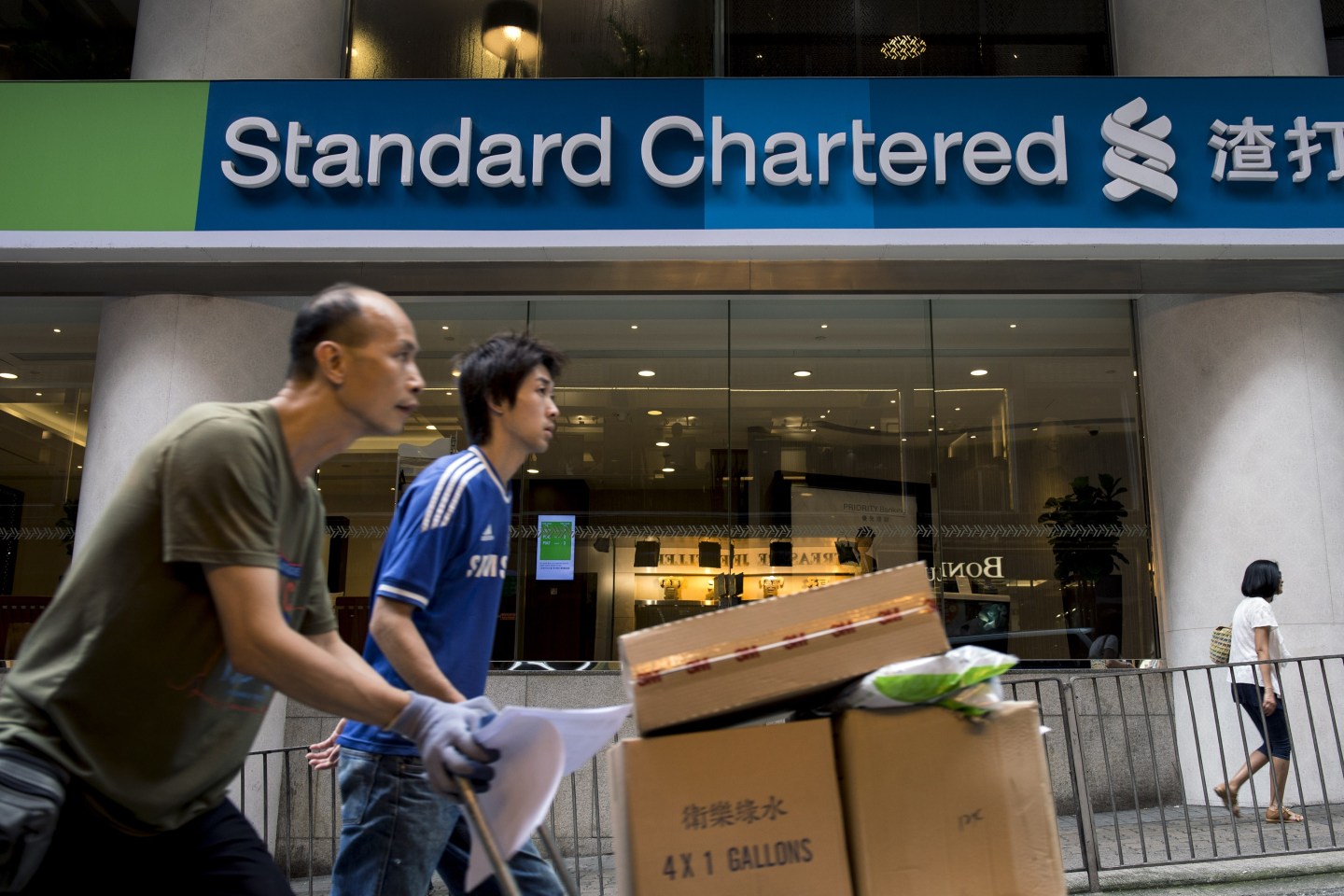 U.K.-based emerging markets bank Standard Chartered Plc will agree this week to pay up to $300 million to the New York Department of Financial Services to settle allegations of inadequate anti-money laundering controls in the U.S., according to U.K. media reports Tuesday.

The Financial Times said the bank is also likely to agree to additional disciplinary measures, including one that would see an externally-appointed monitor stay at the bank for longer. While the FT said the settlement would be “up to $300 million”, Reuters said it would be “between $200 million and “$300 million.”

The bank disclosed that it was facing fresh allegations two weeks ago when it reported its second-quarter earnings. It said that certain high-risk payments had not been properly vetted.

At the time, chief executive Peter Sands said that the scale of any fine this time around would be much smaller than the $667 million it paid the DFS and other U.S. regulatory bodies two years ago to settle allegations of money-laundering. Sands said the new allegations were mainly down to a glitch in a computer system.

In contrast to two years ago, Standard Chartered said two weeks ago that, this time, it was only talking with the DFS and its Monitor. The New York Times had said that DFS head Benjamin Lawsky was seeking a fine of only $100 million.

A spokesman for the bank said he couldn’t add anything to the statements made two weeks ago.

Although the bank’s shareholders have become increasingly impatient with the stream of bad news out of Standard Chartered over the last couple of years, they appeared relatively relaxed about the news Tuesday. After early trading in London, the bank’s shares were up 0.9%, outperforming the local market.