A $1billion bet on clean energy 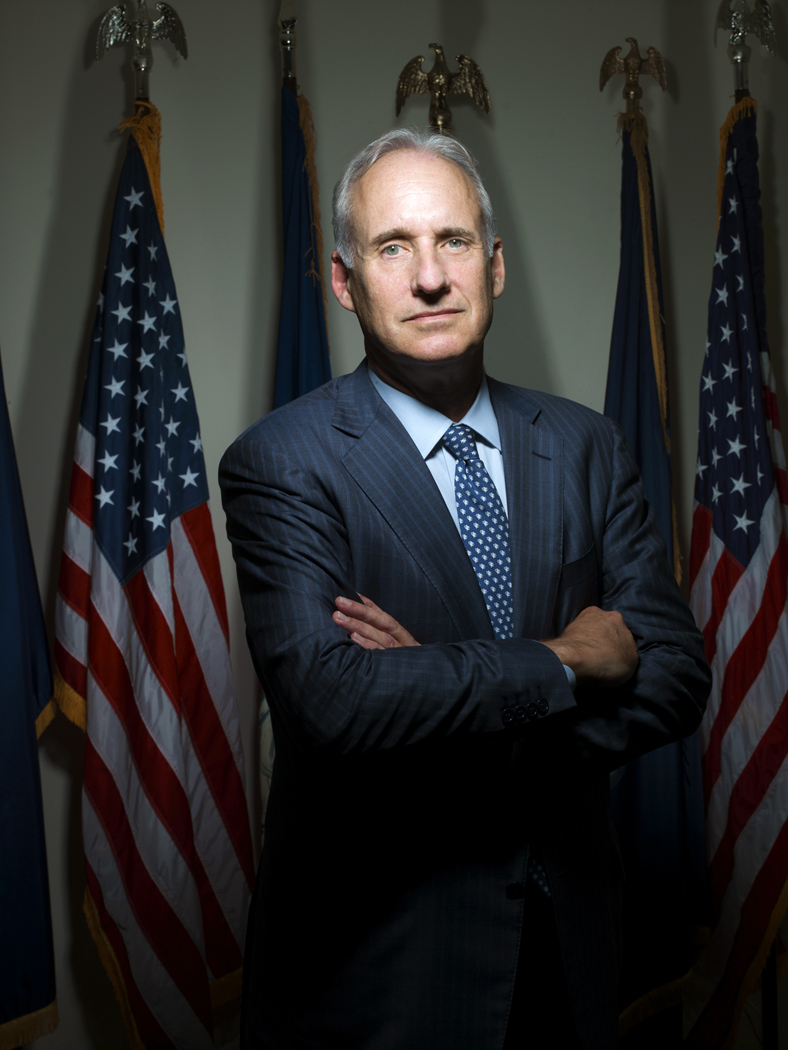 The solution to global warming is obvious—reduce greenhouse gas emissions. Accomplishing that goal, however, requires radical action. Few understand that better than Richard Kauffman, an ex–Goldman Sachs and Morgan Stanley banker whom New York Gov. Andrew Cuomo appointed last year as the state’s first energy czar. Kauffman has visions of New York as a 21st-century clean-tech powerhouse. But for now, he admits, it remains more of a 20th-century energy dinosaur.

“We’re not on a sustainable path either environmentally or economically,” says Kauffman of his state. “We’re not installing enough renewables, and we’re not getting the economic-development boost that a transition to a new-energy economy can provide. We need to rethink what we do.”

To kick-start that process of reinvention, Kauffman has taken some radical actions of his own: Earlier this year he rolled out a state-owned financing startup with $1 billion in assets called N.Y. Green Bank. The hope is that, through strategic lending, the state can give the private sector the incentive to help transform New York State’s power system. If it works, the project could provide a template for other states to follow. According to the OECD, N.Y. Green Bank is only the second state-run institution of its kind in the U.S. Connecticut launched a green bank in 2011 but on a smaller scale, with $117 million in net assets.

“We want to be on the frontier of new markets, providing the necessary support to get the private sector fully engaged.”
—Richard Kauffman, New york State’s energy czar.

New York’s list of energy challenges is long. It lags behind California and other big states in the adoption of renewables. Last year, for instance, the Golden State installed 2,621 megawatts of solar energy, compared with New York’s paltry 69 megawatts. New Yorkers pay some of the highest electrical rates in the nation. At the same time, the state’s utilities are struggling. Electricity demand is weak, and the cost to maintain an aging grid is rising. The price tag simply to keep New York’s antiquated grid running over the next decade is an estimated $30 billion.

Gov. Cuomo has given Kauffman the clout to make big changes. As New York’s chairman of energy and finance, he has the sway and the budget to push for change in almost every aspect of the state’s energy system. He has already launched a multi-front offensive. Kauffman is pushing for regulatory reform that would encourage the state’s utilities to run more energy-efficiency programs and make smart-grid investments to reduce load and the need to maintain expensive backup power plants. He’s also pushing for utilities to invest more in clean, distributed energy.

Other states have tried such measures with only moderate success. Although wind and solar power are growing quickly, their share of the nation’s total power generation is only about 4%. Kauffman is hoping the Green Bank can push New York way past that level in coming years. The bank, funded by a surcharge paid by utility customers, aims to help finance clean-energy projects throughout the state. The Green Bank plans to announce its first investments this fall.

When he took the energy czar job, Kauffman, 59, brought with him a strong belief that the government was lousy at picking winners and losers. (Consider the Energy Department’s disastrous $535 million investment in solar-panel maker Solyndra.) He began searching for private sector solutions to the state’s energy problems. “It’s going to be the markets that will give customers what they want,” says Kauffman. “I have no idea what new energy systems are best. Apple, for example, allows outside programmers to make apps for its products because that’s the way innovation happens—you open up competition.”

So the Green Bank will not dole out grants or fund risky clean-tech startups. Rather, it will offer “gap” financing. That means providing loans, debt guarantees, and other financial products to help private sector bankers fund more clean-tech deals—whether for solar, wind, smart-grid technology, battery storage, or energy-efficient buildings. Says Douglas Sims, the director of strategy and finance at the Natural Resources Defense Council and an adviser on the project: “They will provide comfort to private lenders who want to employ capital in this space. They’re enablers. To me, that’s the most radical thing about it.”

While large-scale wind and solar projects can typically get financing, Kauffman says that there are many smaller clean-tech projects that are viable but just can’t find the right debt structure. For example, universities, hospitals, and municipalities that want to install solar systems or energy-efficiency technology often have good credit ratings but don’t have the upfront capital. A bank might be willing to offer a 10-year loan, but the organizations might need a 15-year loan to make the debt service more affordable. So the Green Bank could step in and provide the financing for years 11 through 15. Another area where it could help is in solar installation. Companies such as SolarCity, Sunrun, and Sungevity have little trouble raising financing for residential customers who have top credit scores of around 700, but they find it much harder to raise money for leases or loans for those with scores of 650—even though these customers are considered creditworthy. The Green Bank could guarantee the financing on those deals.

Perhaps the biggest impact the Green Bank could make is in securitization. (Think mortgage-backed securities with better due diligence.) So far the bond market has been largely absent when it comes to financing renewables. Why? Big banks don’t like to dabble in small loans. The Green Bank plans to securitize clean-energy projects—bundling 40 or 50 solar loans, each worth about $1 million, into one security and then selling the $50 million bond to institutional investors. That would open an entirely new source of capital for the sector and spur growth, Kauffman believes.

As promising as the Green Bank sounds, some in the environmental community worry that even $1 billion in capitalization won’t be enough to turn New York green. After all, energy is an extremely capital-intensive industry.

But Kauffman believes that the first step is for the Green Bank to show that it can make money. If the bank is profitable, it will be self-sustaining, he argues. And it can leverage that $1 billion in a way that would have a significant, long-term impact on the clean-tech industry. “We want to get a market rate of return and then step out of the way,” says the energy czar. “We want to be on the frontier of new markets, providing the necessary support to get the private sector fully engaged.” And if that happens, Kauffman’s radical plan might make a real impact.