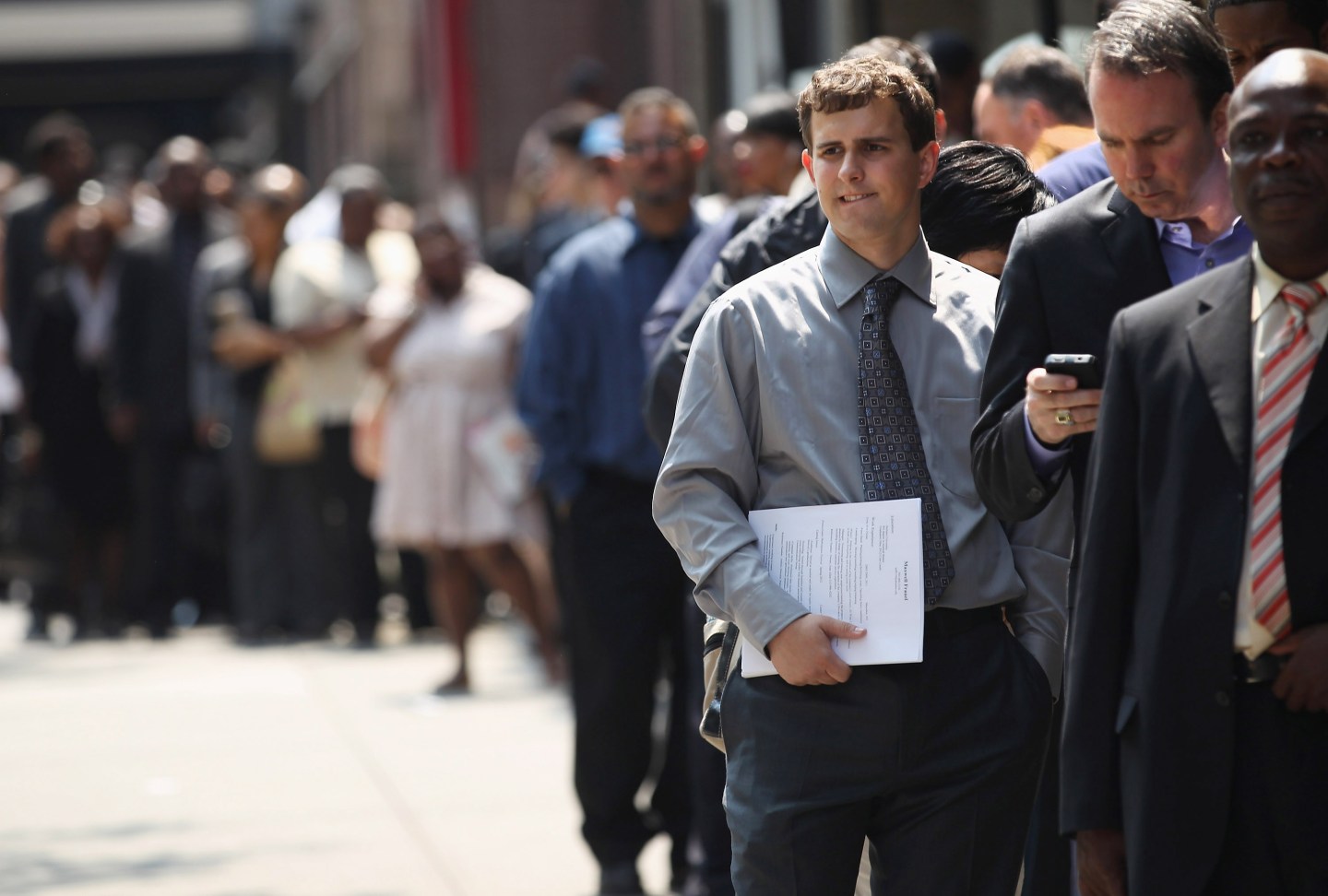 NEW YORK, NY - JUNE 11: Applicants wait to enter a job fair on June 11, 2012 in New York City. Some 400 people arrived early for the event held by National Career Fairs, and up to 1,000 people were expected by the end of the day. (Photo by John Moore/Getty Images)
Photo by John Moore—Getty Images

The number of Americans applying for jobless benefits swelled to 311,000 for the latest week, the largest amount since late June and a figure that exceeded economists’ expectations.

For the week ended Aug. 9, the Labor Department reported seasonally adjusted initial claims grew by 21,000 from the prior week’s level and topped the 295,000 estimate by economists surveyed by Bloomberg. The 311,000 initial jobless claims for the week were also above the high end of the estimated range.

The weekly data snapped what has been an encouraging downward trend of late.

The prior week’s level was slightly revised upward, while the four-week moving average was 295,750, an increase of 2,000 from the previous week’s average.

Though jobless claims ticked up in the latest week, the U.S. labor market has strengthened of late. U.S. employers have added more than 200,000 jobs for six straight months, signaling the strength of the economy continues to inspire hiring. The U.S. economy has bounced back in the months after a harsh winter, with gross domestic product in the second quarter expanding more than economists had expected.