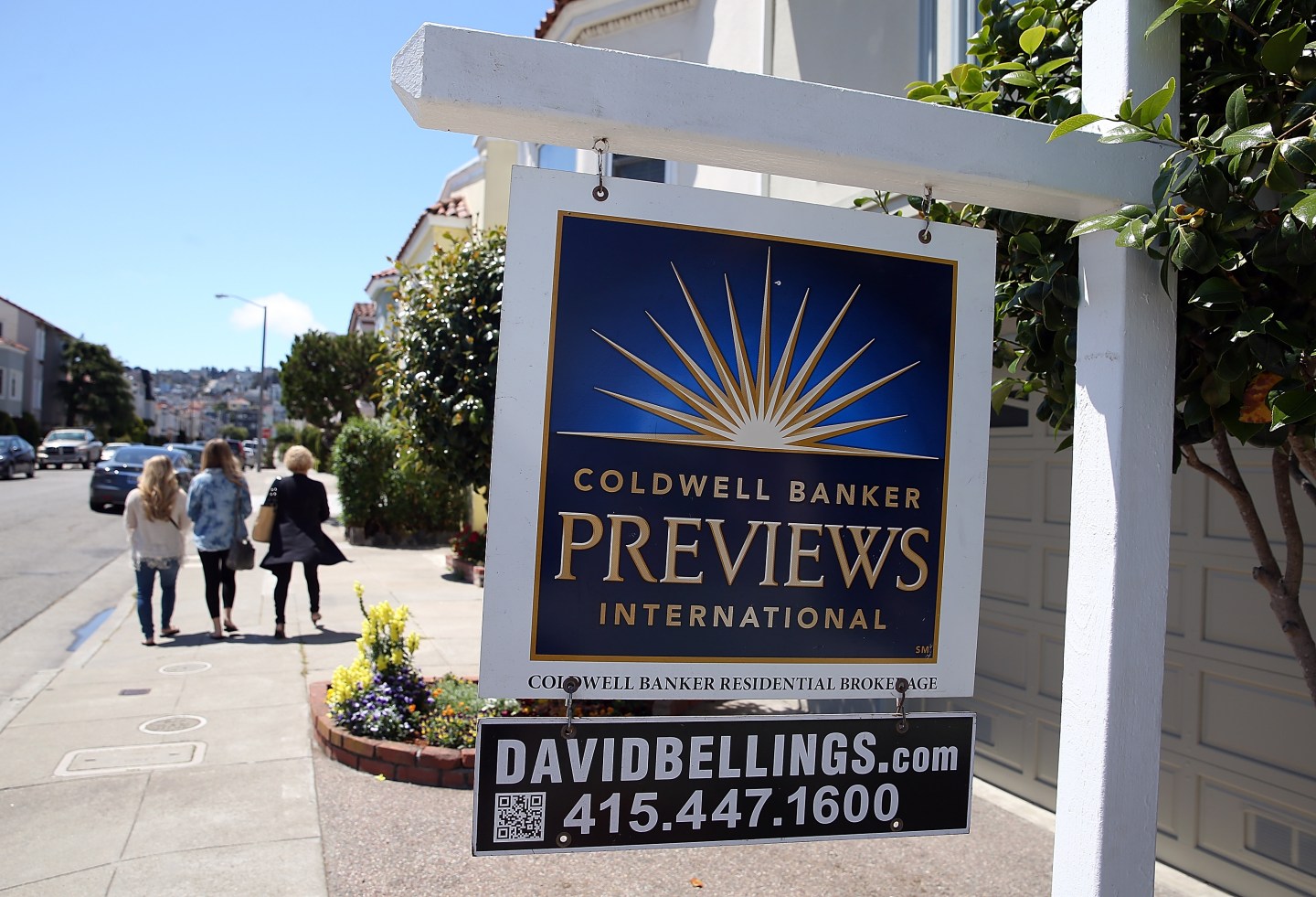 SAN FRANCISCO, CA - MAY 28: A realtor sign is posted in front of a home for sale on May 28, 2013 in San Francisco, California. According to the Standard & Poor's Case-Shiller index, U.S. home prices surged 10.9 percent in March compared to one year ago, the largest gain since 2007. Phoenix, Arizona recorded the largest gains with prices spiking 22.5 percent and San Francisco, California was a close second with gains of 22.2 percent. (Photo by Justin Sullivan/Getty Images)
Photograph by Justin Sullivan—Getty Images

U.S. home price growth in the second quarter appreciated at its slowest year-over-year pace since 2012, some much-needed stabilization as inventory increased.

The National Association of Realtors reported the national median existing single-family home price in the second quarter was $212,400, up 4.4% from a year ago.

Housing experts and home-improvement retail executives have predicted home prices will rise again this year, after climbing 11% last year, though the price appreciation was projected to slow in 2014. With home price growth slowing and rents rising, some are hopeful more potential home buyers will be motivated to make a purchase.

NAR reported total housing inventory improved at the end of the second quarter, with 2.3 million existing homes available for sale, which is 6.5% higher than a year ago. The average supply during the quarter was 5.6 months, better than last year but still below the six to seven month average supply needed to represent a balance between buyers and sellers.

NAR added that even with the increased supply, realtors are reporting properties are selling at a faster pace than earlier in the year.

Overall, the median existing single-family home price increased in 71% of measured markets. Price appreciation was strongest in the West, and also grew in the South and Midwest but declined modestly in the Northeast.