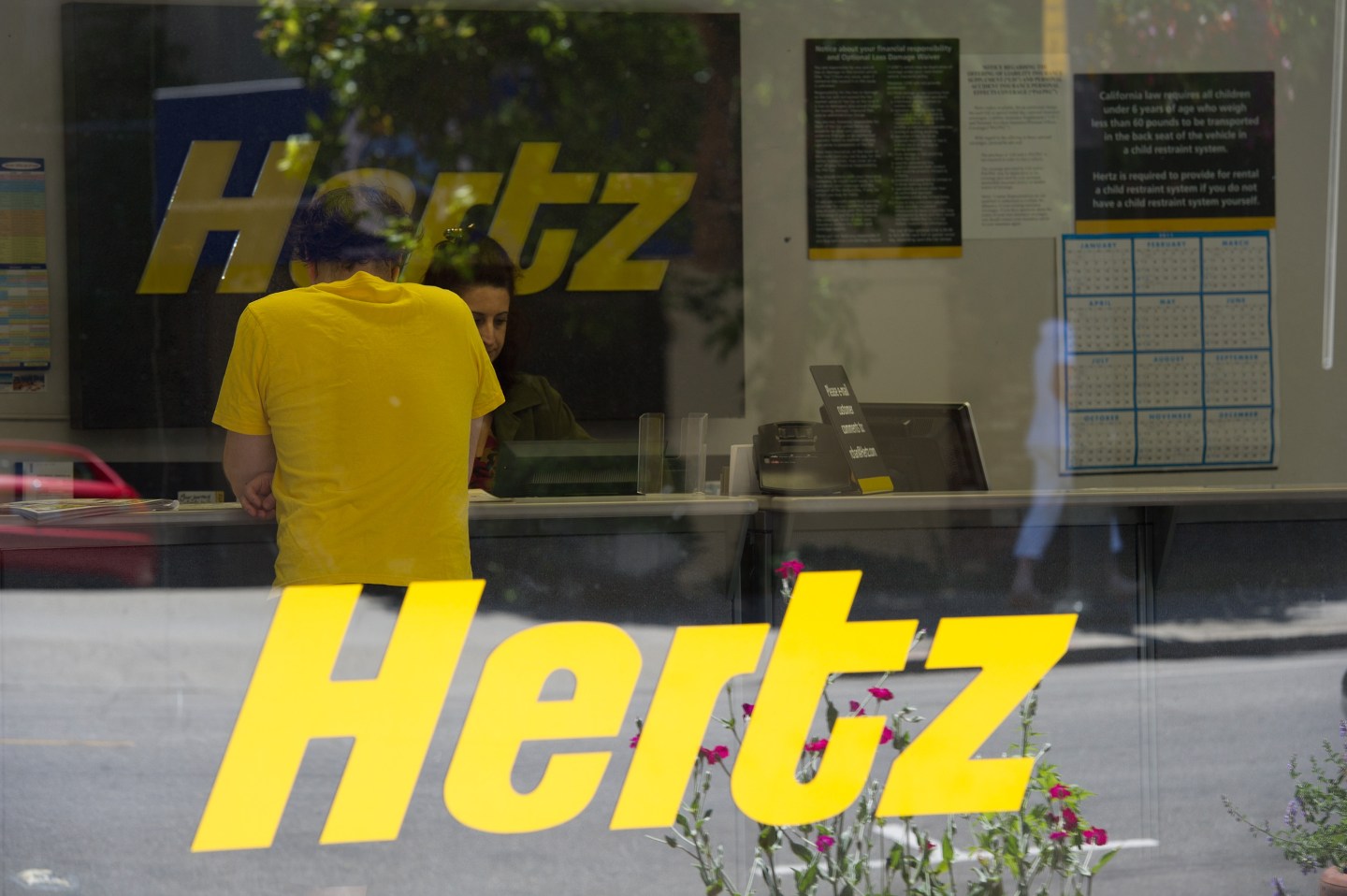 A customer looks over a rental contract at a Hertz Global Holdings Inc. car rental store in San Francisco, California, U.S., on Thursday, July 28, 2011. Hertz, which made an offer now valued at $2.05 billion for Dollar Thrifty on May 9, said 1.01 million Dollar Thrifty shares have been tendered through the offer. Photographer: David Paul Morris/Bloomberg via Getty Images
Photograph by David Paul Morris — Bloomberg/Getty Images

Hertz Global Holdings has warned it will delay the filing of its second-quarter results, as the car-rental company continues to work through an accounting review that found errors in three years of financial statements.

In a filing with the Securities and Exchange Commission, Hertz said it was “unable to timely file” its quarterly results, citing an ongoing internal review of financial records and its potential impact on the company’s 2014 results. Hertz said it was unable to complete the report by the Aug. 11 due date without “undue effort and expense.” The filing was signed by Hertz’s new CFO Thomas Kennedy.

Hertz (HTZ) first noticed errors earlier this year when it was preparing its first quarter results, which also resulted in a delayed 10-Q filing with the SEC. The company concluded its 2011 financial statements could no longer be relied on, and also needs to correct the 2012 and 2013 statements to reflect those errors. Those issues led Hertz to suspend an employee stock-purchase program and could also affect the timing of Hertz’s planned spin-off of its equipment-leasing business.