After World Cup, Brazil’s refugees host their own games 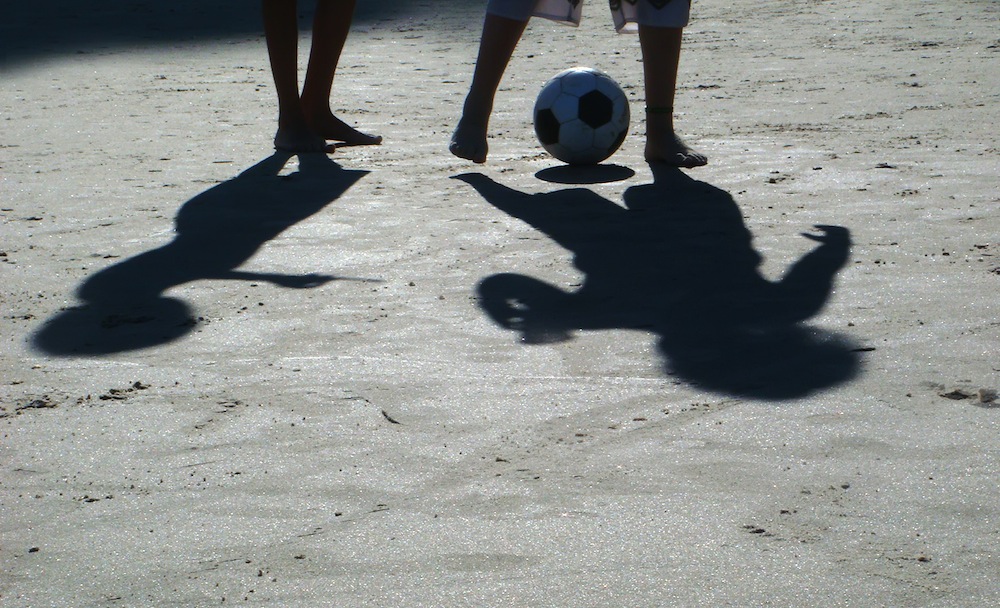 Jean Katumba is sitting at a school-style chair and fold-down desk. As he leans back in his seat, he chats with the 10 or so other people who have formed a circle in the middle of a plain white room at the offices of Caritas, an organization in São Paulo that helps refugees upon their arrival in Brazil. There is a low hum of voices and sporadic laughter as the group waits for the meeting to start.

Caritas is always teeming with people who need help with things like documentation, housing, and employment, but today’s meeting has nothing to do with the necessities. This small group of refugees has gathered to discuss the organization of the first ever Refugees World Cup.

Katumba, 38, laughs when asked if he plans on playing for the Democratic Republic of Congo, the country he fled one year ago because of political persecution. “I’m a civil engineer. You don’t want me to play on your team.”

But there are plenty of refugees in São Paulo who will play for their home countries. A total of approximately 200 people represented 16 countries—including Syria, Colombia, Mali, Afghanistan, Sierra Leone, Pakistan, and Côte d’Ivoire—during the Refugees World Cup, which took place on Aug. 2 and 3, just three weeks after Brazil wrapped up its hosting duties of FIFA’s 20th World Cup. Nigeria beat Cameroon in the final round.

While the two-day tournament was supported by Caritas, the UNHCR, UN Women, UNAIDS, and the Red Cross in São Paulo, it was the refugees themselves who had been involved with everything from team selections to the composition of the Cup’s official song.

They ran into planning hiccups here and there—like the need to move the tournament dates up because of many participants’ celebration of Ramadan—but Katumba says things had gone quite smoothly.

“Lots of people who come here didn’t want to help because they have other more important things to deal with,” he says, referring to other clients of Caritas, many of whom are still making their way through the difficulties of being refugees in Brazil. “But I think this [tournament] is important as well because everybody needs to have some time to enjoy themselves. We need to have fun. There will even be other cultural events going on at the same time. This is really going to bring people together.”

According to 2013 data from the National Committee for Refugees (CONARE), there are around 5,200 recognized refugees from 80 different countries currently living in Brazil. Most have left their homelands because of conflict, war, and persecution. About 30% of requests for refugee status are made in the southeast region of the country. And São Paulo receives the most requests out of all Brazilian states. In the last four years, the number of requests for refugee status in Brazil has increased by 800%. In 2010, Brazil received 500 requests, a number that jumped to 5,200 by the end of 2013.

Jean Desire, 24, knows both the struggles of being a refugee and the joy that an event like the Refugees World Cup can bring to those who have had to flee their homes. He was a professional soccer player before he had to leave Côte d’Ivoire because of the 2010 election crisis. Now, he decided to help organize the Refugees World Cup, for reasons beyond the love of the game.