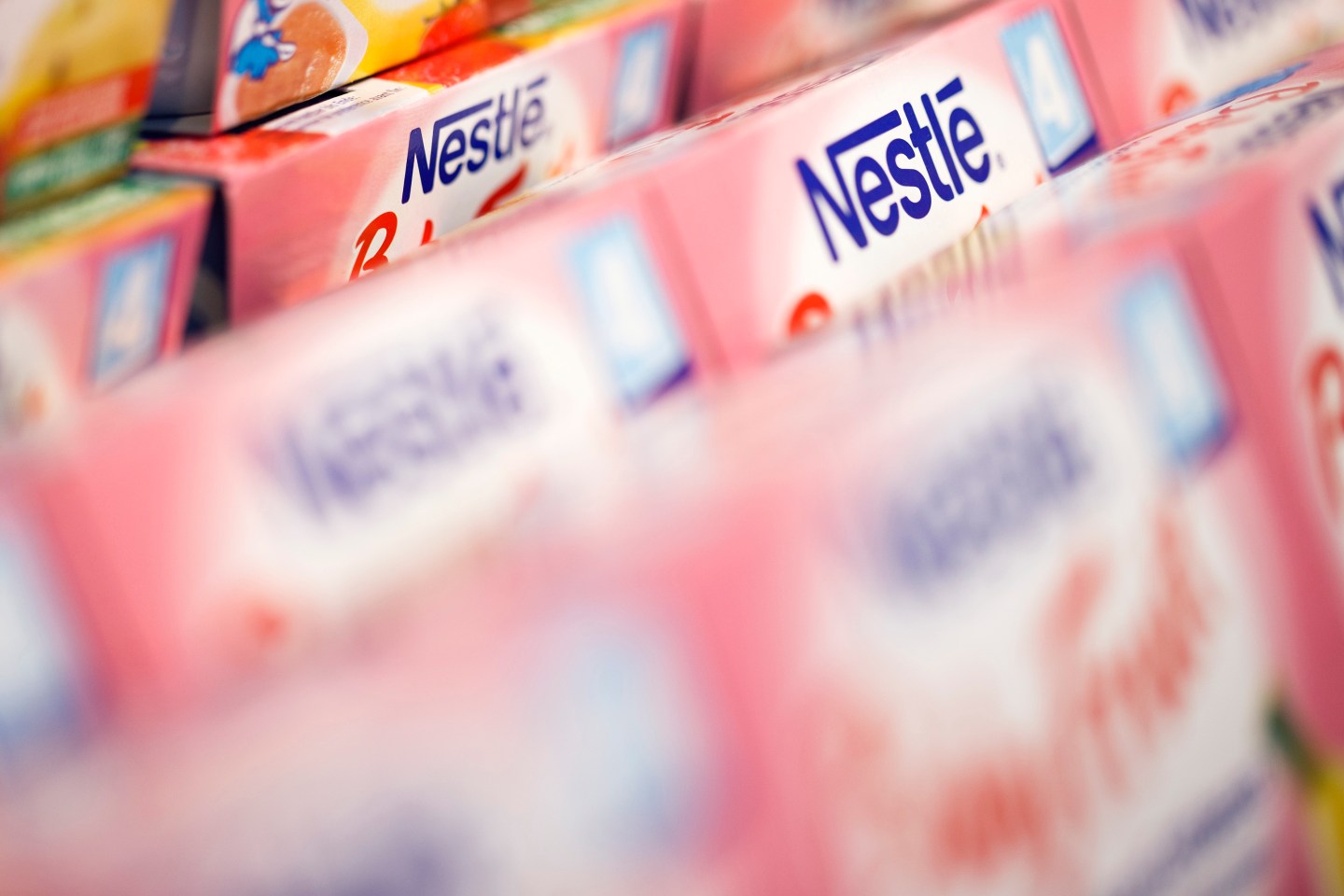 Logos sit on cartons of Nestle baby food displayed inside a store at the Nestle SA headquarters in Vevey, Switzerland, on Thursday, Feb. 14, 2013. Nestle SA said it expects 2013 to be as challenging as last year, when sales missed analysts' estimates on a slowdown in emerging markets, a region the world's largest food company is increasingly dependent upon. Photographer: Valentin Flauraud/Bloomberg via Getty Images
Photograph by Valentin Flauraud — Bloomberg/Getty Images

Swiss food and drink giant Nestle SA (NSRGY) said it will buy back 8 billion Swiss francs ($8.8 billion) of its own stock to enhance returns, after announcing a 9.5% drop in net profit for the first half of the year.

The company behind Nescafe, California Pizza Kitchen and Lean Cuisine meals, blamed the strength of the Swiss franc and a “very volatile trading environment” for the slide in profit–earnings per share fell 10% in franc terms but were unchanged from a year earlier when adjusted for exchange rate movements.

The announcement of the buyback program lifted the company’s shares 3% in early trading in Zurich. Nestle said the program, which is equivalent to about 3.5% of its outstanding stock, will run through next year.

Organic revenues grew by 4.7%, short of the company’s target of 5% but ahead of analysts’ expectations for 4.5%. Despite the miss, Nestle said it expected to hit 5% growth over the full year, and to improve underlying earnings in constant currency terms.

Nestle is trying to generate more of its sales from premium products and from nutrition and healthcare goods. That division not only grew faster than the rest of the group, posting organic growth of 7.9%, operating margins also fattened out by 1.3 percentage points to 19.9%–a level only matched by its petcare and powdered and liquid beverages divisions.

By region, the company said organic growth was strongest in the Americas at 4.9% despite difficulties with ice cream sales in North America. Europe was weakest, with organic growth of only 0.6% and a number of impairments.