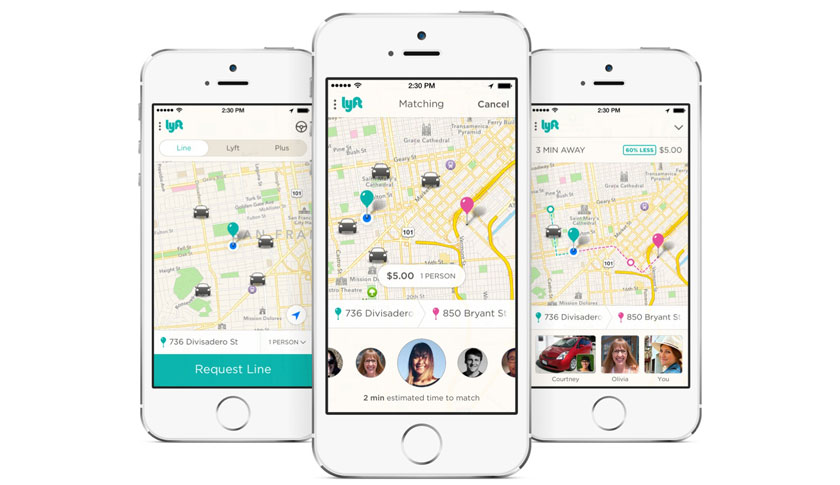 The way Lyft co-founder John Zimmer tells it, only 5% of the U.S population use public transit to get to work every day instead of driving. “Trips on public transportation take twice the amount of time, so that’s not surprising,” Zimmer argues.

A new feature launching on Wednesday from Lyft, the ride hailing service, is intended to reduce traffic by marrying the time efficiency of carpooling with the cheaper fares afforded by public transit. Users will be able to get a ride to their destination in a car with up to three other passengers who are either going to the same place or somewhere along the same route.

In theory, the additional passengers means everyone will pay fares that are up to 60% cheaper than if those same passengers chose to travel Lyft solo. For its part, Lyft also promises to keep the ride going at a solid clip: If one rider is a “no-show” — they don’t appear at the pick-up spot after a minute or two — the driver moves on.

Each passenger is given a fare estimate before getting on board. If there’s no other passengers, Lyft promises to give users a 10% discount off for choosing the service.

Lyft’s new carpooling feature comes less than a day after rival Uber introduced a similar carpooling-like service of its own, dubbed Uberpool. It matches riders up with another Uber user for fares up to 40% cheaper than the typical Uber X ride. In recent months, Lyft and Uber have been nothing short of aggressive in their strategies, slashing prices on fares in different markets, recruiting drivers from the competition with up to $1,000 in cash incentives, and now, announcing this comparable feature within 24 hours of each other. In the race to capture new markets and consumer dollars, no tactic is off-limits, it seems.

Both companies face stiff opposition from owners of taxi services, which feel threatened by new rivals. Regulators in a number of cities and states have tried to block ride hailing services, although some like California have since relented by sanctioning them as long as they meet certain criteria like driver background checks and insurance.

Lyft investors like Andreessen Horowitz partner Scott Weiss argue the differences between Lyft and Uber go beyond their apps’ polished menus to the company’s core philosophies. “Lyft was always built with ride-sharing in mind,” says Weiss, who contends Uber X and its own network of citizen drivers was basically a tacked-on feature in Uber CEO Travis Kalanick’s quest for veritable global domination. “None of these services were ever set up from the beginning to complete this vision from the outset, and I think it’s very hard. … But that has been the Lyft network from the beginning.”

Initially, Lyft Line, as the new feature is called, will be available on Apple iOS devices, and only then to users in San Francisco. But the company promises to add an Android version along with service in other cities.

Lyft Line will be available in a software update. Users pick their destination on a digital map, get a fare estimate, and the Lyft app hooks them up with a ride headed their way.