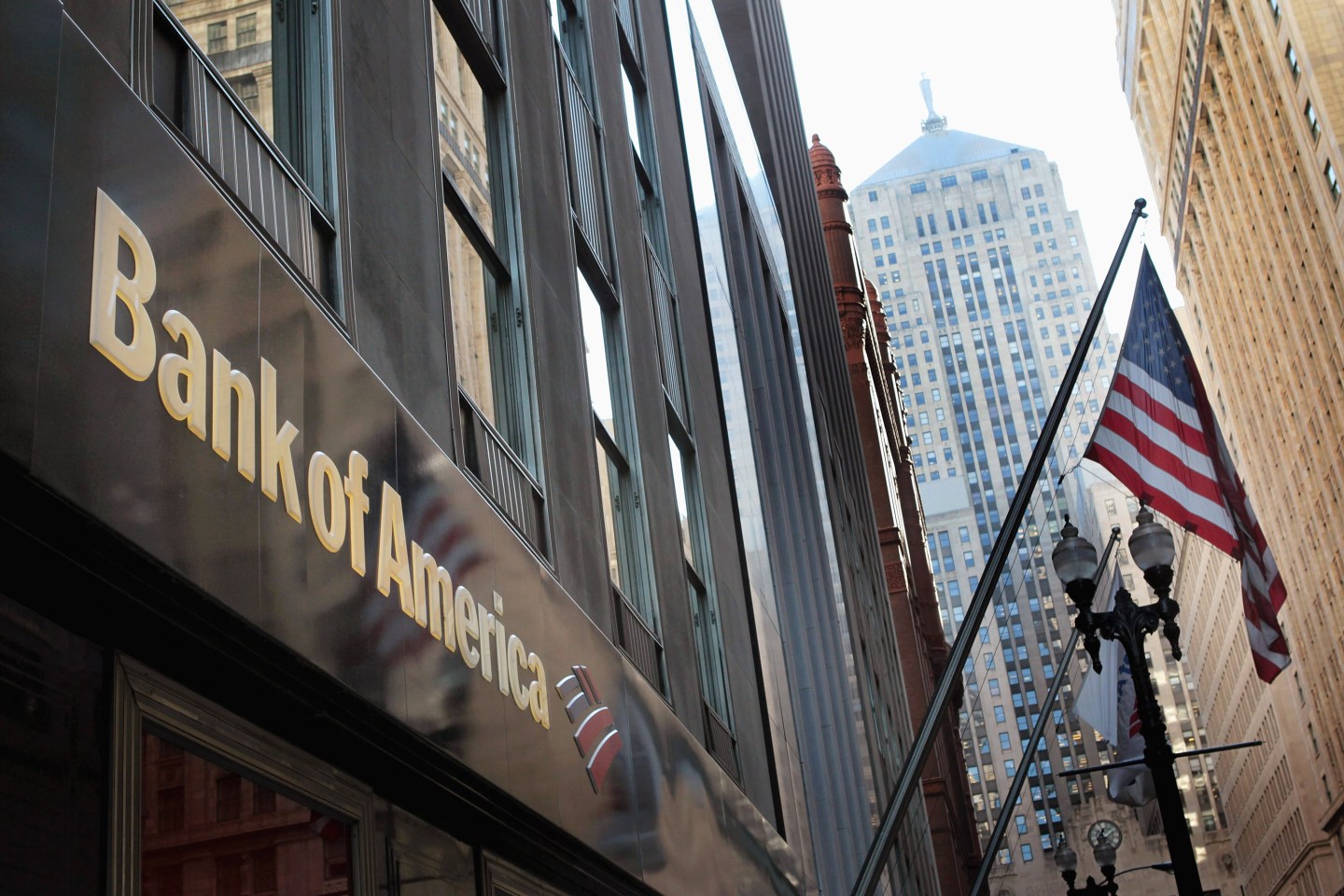 CHICAGO, IL - NOVEMBER 01: A sign hangs above a Bank of America branch in the Financial District on November 1, 2011 in Chicago, Illinois. Bank of America Corp. has reportedly announced they will drop its plan to charge customers a $5-per-month fee for making purchases with their debit cards. (Photo by Scott Olson/Getty Images)
Photograph by Scott Olson—Getty Images

Bank of America has approved an increase to the bank’s quarterly dividend for the first time in seven years, an increase that comes after the bank had to resubmit its proposed capital actions to the Federal Reserve in May.

On Wednesday, the bank said it would pay shareholders a quarterly dividend of 5 cents a share, up from the prior payout of a penny a share. The dividend is payable Sept. 26 to shareholders of record as of Sept. 5. BofA’s (BAC) dividend had been stuck at a penny a share since the bank twice slashed the payout during the financial crisis.

The successful move to increase the payout comes after a false start occurred earlier this year. In March, BofA said the Fed signed off on the company’s capital plan, which included an intention to increase the dividend by five cents a share and the authorization of a new $4 billion stock repurchase program. But those plans were suspended after BofA downwardly revised its estimated capital ratios for the first quarter, resulting in the Fed directing the company to resubmit data and suspending its planned capital actions.

BofA updated and resubmitted its requested capital actions late in May and got half of what it originally wanted: the dividend is increasing, but there will be no stock repurchases. BofA said the Fed informed the bank it “did not object to the proposed capital actions.”

BofA’s dividend hike news comes a few weeks after the bank reported better-than-expected second quarter results. CEO Brian Moynihan and other banking executives struck a bullish tone about the state of the U.S. economy as they look ahead to the back half of the year.