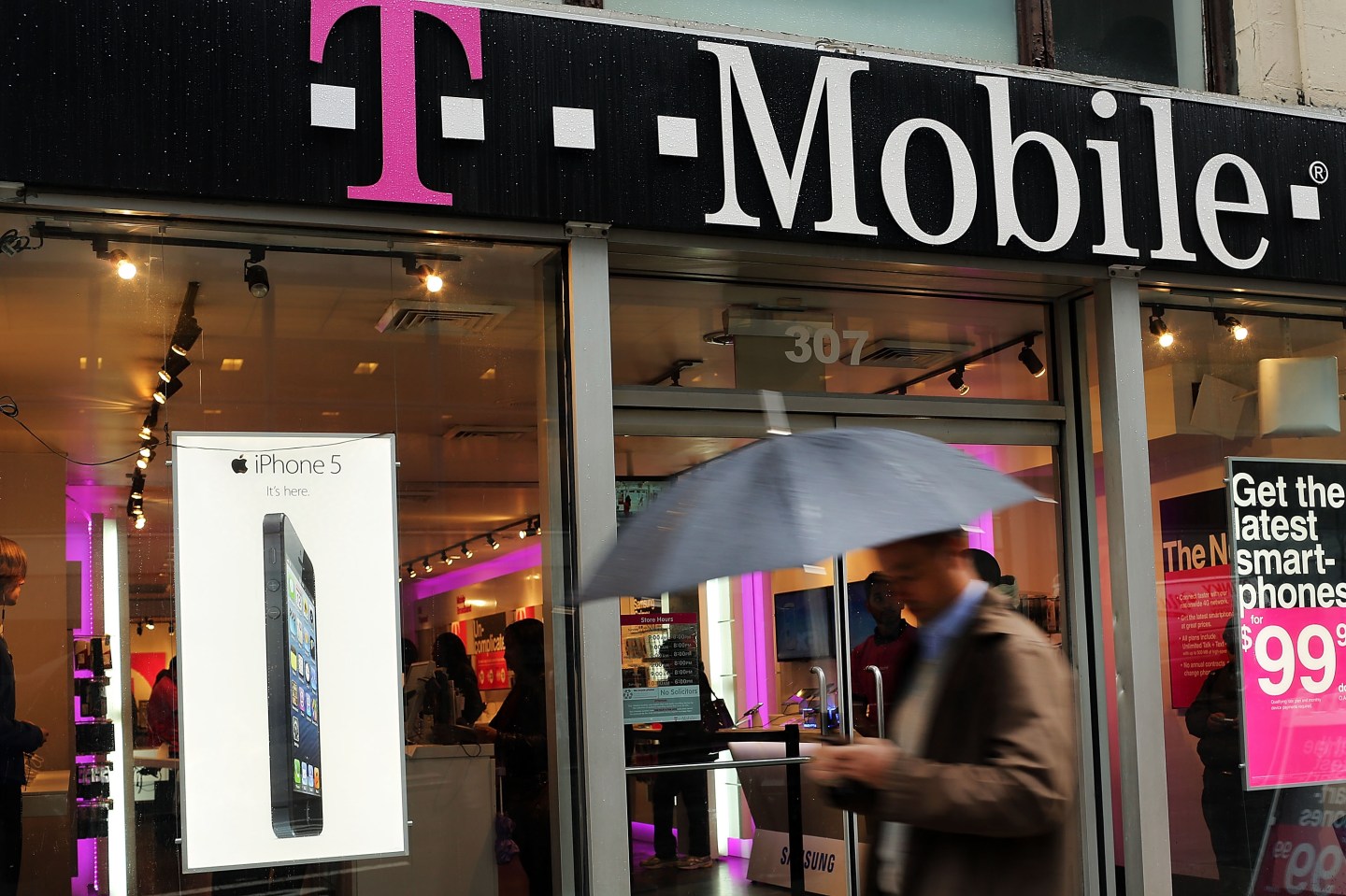 NEW YORK, NY - APRIL 12: Apple's iPhone 5 is advertised in the window of a Manhattan T-Mobile store on April 12, 2013 in New York City. Following years of waiting to sell the phone, T-Mobile will begin supporting and selling the iPhone 5 on its network starting on Friday. (Photo by Spencer Platt/Getty Images)
Photograph by Spencer Platt—Getty Images

Iliad, helmed by billionaire owner Xavier Niel, made the all-cash offer on July 31. The deal, if consummated, would give the French telecommunications company a 56.6% ownership of T-Mobile US.

Meanwhile, Sprint (S), which is controlled by Japan-based Softbank, has quietly been putting together a $40-a-share offer, according to the report. Such a combination, of the No.3 and No.4 cellular carriers, would face heightened U.S. regulatory scrutiny.

The two foreign-owned companies have been eyeing T-Mobile as a way to tap into the $195 billion U.S. mobile phone industry, which is expected to continue to grow as demand for data services surges.

Deutsche Telekom, which owns 67% of T-Mobile, felt Sprint’s bid would be more competitive than Iliad’s offer, although the parent company would consider a lower offer if it avoids a long antitrust battle, people with knowledge of the matter told Bloomberg.

Deutsche Telekom may not want to rehash the failed 2011 AT&T bid, when the U.S. Federal Communications Commission and the Department of Justice shut down the $39 billion deal.

While Iliad would face less regulatory scrutiny, shareholders may be wary that an increased bid could put pressure on the company’s finances. T-Mobile’s market capitalization of $27.1 billion makes the company worth almost twice Iliad’s value.