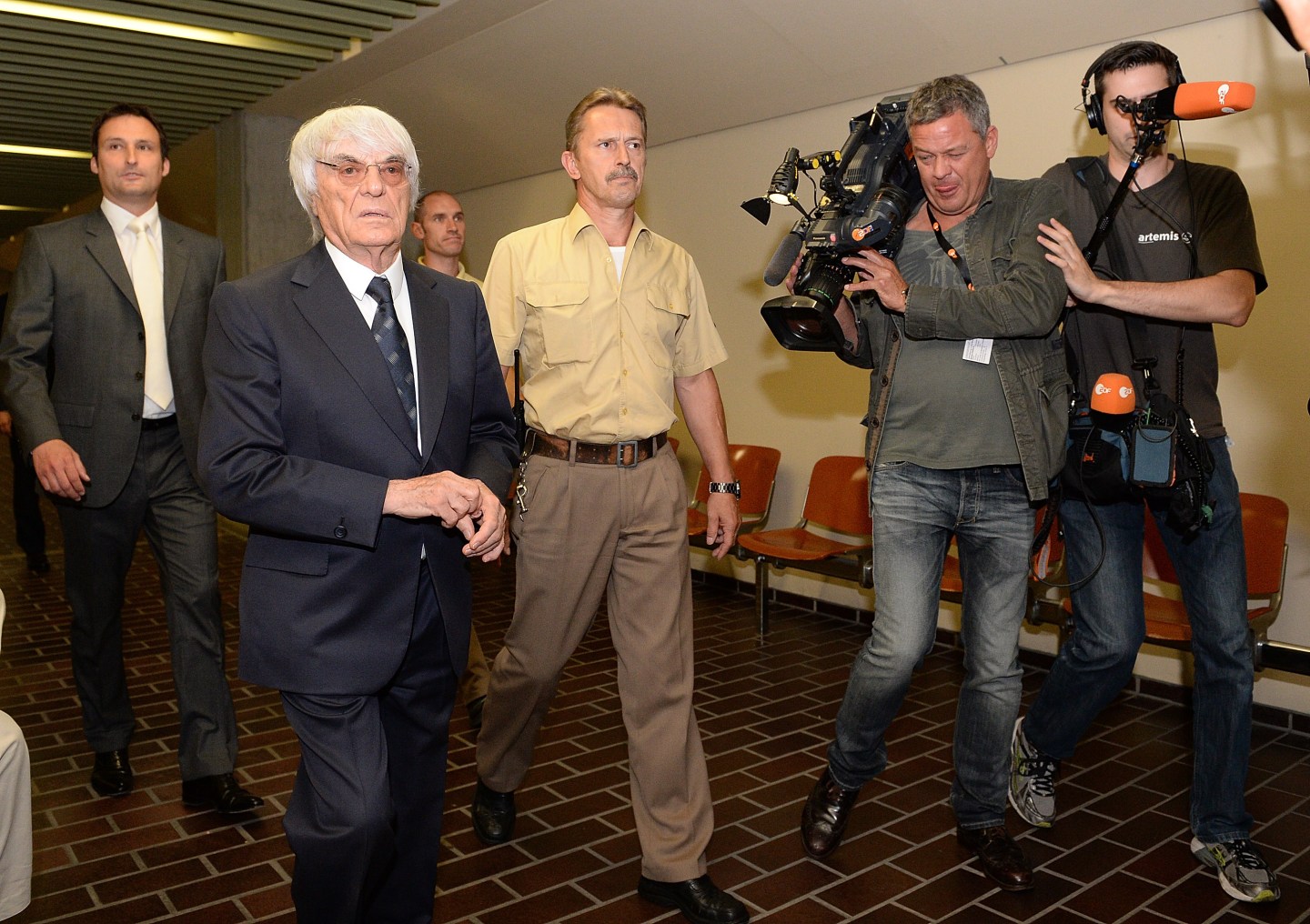 Motor racing impresario Bernie Ecclestone is a free man again, after a court in Munich, Germany accepted his offer to pay $100 million to settle charges of bribery, the largest settlement of its kind in German history.

The court’s decision represents a remarkable outcome to one of the biggest bribery trials in recent history in Europe–and one that had seemed unlikely after the man on the other side of the deal in question, German banker Gerhard Gribkowsky, had already been convicted.

The 83 year-old head of the multi-billion dollar travelling circus that is Formula 1 has been on trial in Munich since April. He was accused of paying Gribkowsky, formerly chief risk officer with Munich-based regional lender Bayerische Landesbank, $44 million to ensure that the bank sold its controlling stake in F1 to CVC Capital Partners at a below-market price, on the understanding that CVC would keep Ecclestone in charge of the business.

Ecclestone, who has built up F1 into one of world sport’s most valuable franchises over 40 years, denied the charges. He claimed Gribkowsky had blackmailed him into paying the money. Gribkowsky is currently serving an eight-year sentence, after being convicted in 2012.

In addition to the court settlement, Ecclestone has also offered €25 million to settle a separate claim for damages from BayernLB, a person familiar with the matter told Fortune. BayernLB’s management will likely decide this week whether or not to accept that, he added.

German media reported Tuesday that presiding Judge Peter Noll had said that “to a substantial degree”, the suspicions against Ecclestone had not been confirmed in the course of the hearings, and that the panel of judges thought there was little likelihood of more conclusive proofs being presented.

He denied suggestions that Ecclestone had been allowed to “buy off” the court.

“That is not a deal. That has nothing to do with buying a free pass,” the news agency dpa reported Noll as saying.

The newspaper Frankfurter Allgemeine Zeitung cited prosecutor Thomas Steinkraus-Koch as saying that Ecclestone had admitted he had acted wrongly and had contributed to clearing the affair up. He also noted that Ecclestone’s age and doubts over his ability to complete a jail sentence had also played a role in his agreeing to drop the charges.