Can this startup kill off the supermarket? 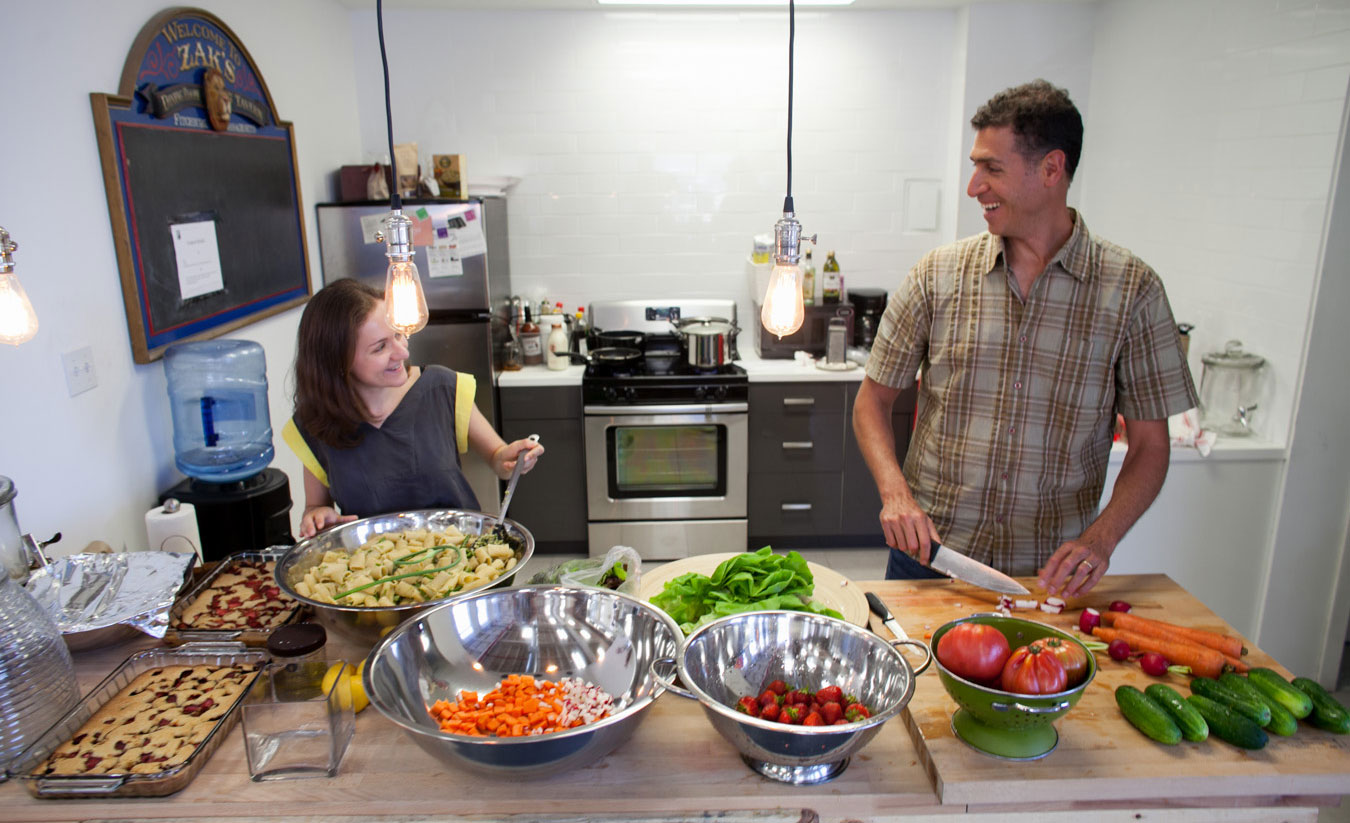 Benzi Ronen thinks that the supermarkets’ time is up. And his company is just the thing to speed up its demise.

“Our goal is to make the supermarket obsolete from a fresh perspective,” Ronen says.

Farmigo, his five-year-old 30-employee startup, sells produce and other products like milk and cheese purchased directly from farmers for 10%-20% less than equivalent grocery store items. He does it by shrinking the supply chain, essentially taking out the middleman. Users place an order online; the order is fulfilled by a farmer who transports it to a centralized packing hub; and then Farmigo delivers it to community drop-off points for the customer to pick up. This all happens within 48 hours.

“We don’t have a retail store,” Benzi explains. “We get rid of all of that. We source just in time.” That means there’s no waste and produce is brought directly from harvest.

Other sellers, such as Fresh Direct, also cut out the physical store. But Ronen argues that they’re just an extension of the supermarket model, with similar warehouses that keep a huge inventory on hand. By contrast, Farmigo’s hubs are filled exclusively with product that’s just been delivered by farmers and is going out for delivery.

“Our entire food system is based on economies of scale,” he explains, adding that it has contributed to the hub-and-spoke distribution model in which food travels hundreds of miles and can sit on shelves for weeks. “You don’t get fresh in supermarkets, and you also have waste,” he says.

If Ronen’s vision for the future becomes a reality, in 10 years you’ll get all of your non-perishables from the likes of Amazon, while a service like Farmigo will answer all of your fresh needs. Neighborhood stores will act as gap-fillers for last-minute purchases. Farmigo, he notes, will never be a gap-filler. Currently orders must be placed by Sunday night for pick-up on Wednesday, but Ronen says the company is on track to soon expand to multiple pick-up days.

It’s a highly audacious vision for a small upstart, especially in a world where consumers are accustomed to eating strawberries and tomatoes no matter the season, enjoy clementines flown in from Morocco and sea bass from Chile, and want purchases delivered to their doorstep within 24-hour hours.

Right now Brooklyn-based Farmigo operates just in New York City and its environs and the San Francisco Bay Area, markets picked for their divergent agricultural offerings–one strongly shaped by the seasons, the other with stellar food options year round. If Farmigo can operate in these two regions, Ronen thinks the company will be able to replicate the model and build a network of farmers across the country.

Farmigo could eventually reach about 20%-30% of the U.S. population based on people’s buying habits and guidelines, Ronen says, adding that community-supported agriculture programs (CSAs) currently reach less than 1%. Unlike CSAs, in which users must commit to weekly deliveries for a season from one farm, Farmigo lets customers place a one-time order and change selections every week. You pay as you go. Ronen views CSAs as supplementary to other grocery shopping. He envisions Farmigo as a replacement for all fresh needs.

Farmigo’s average order size is up to $38 from $15 a year and a half ago, in large part because the startup keeps adding new products (such as fish, and soon, fresh pasta). There’s now enough variety that one could live solely on Farmigo’s offerings. One of Ronen’s employees has been doing just that for months at a cost of about $5 a meal, and Ronen just signed on for what is internally called the “Farmigo Challenge.”

Ronen acknowledges that the pricing is still prohibitive for some—an organic cantaloupe costs $6.50—but the more he can improve the efficiencies for the farmer by increasing their business, the better the price tag for the customer.

Farmigo started out as the maker of software for an online marketplace where consumers could find and sign up for CSAs. But Ronen says it was a confusing user experience because the sign-up and payment system differed for each offering. Farmigo then evolved into a place where users could order online from any farm, and the farmer would deliver to a pick-up location. That had its challenges because sometimes farmers would run into logistical hiccups and miss the drop-off. “We realized we really needed to get into operational side,” Ronen says.

While the company continues to sell its CSA software, it also now has free offerings that help its farms know when to hire, its warehouses know what to pack, and its drivers know what to deliver. Ronen says that its farmers walk away with 60-70% of the sale, the community organizer who runs the drop-off gets 10%, and Farmigo gets the rest. Normally a farmer gets about 30% of the sale when they sell to wholesale, with about 50% going to the retailer. Another advantage for farmers in the Farmigo system, according to Ronen: They’re also paid immediately directly by the consumer, rather than the standard 30-60 days.

The Fresh Directs and Amazons need the density of cities to function, but Ronen believes his model works well in the suburbs where pick-up locations–churches, schools, golf clubs–are easy to come by. Farmigo recently expanded into northern New Jersey and Westchester and is adding about 30 drop-off sites a month.

He views Farmigo as the virtualization of a food cooperative and a good solution for locations where it might be hard to justify a supermarket. “We’re not just sending food out there and hoping people are going to buy it,” he says. “We’re sending out what was pre-ordered and pre-purchased. The pickup is at one location so it’s very portable and cost effective to do delivery.”