Sure, you can hack a network. What about your fitness? 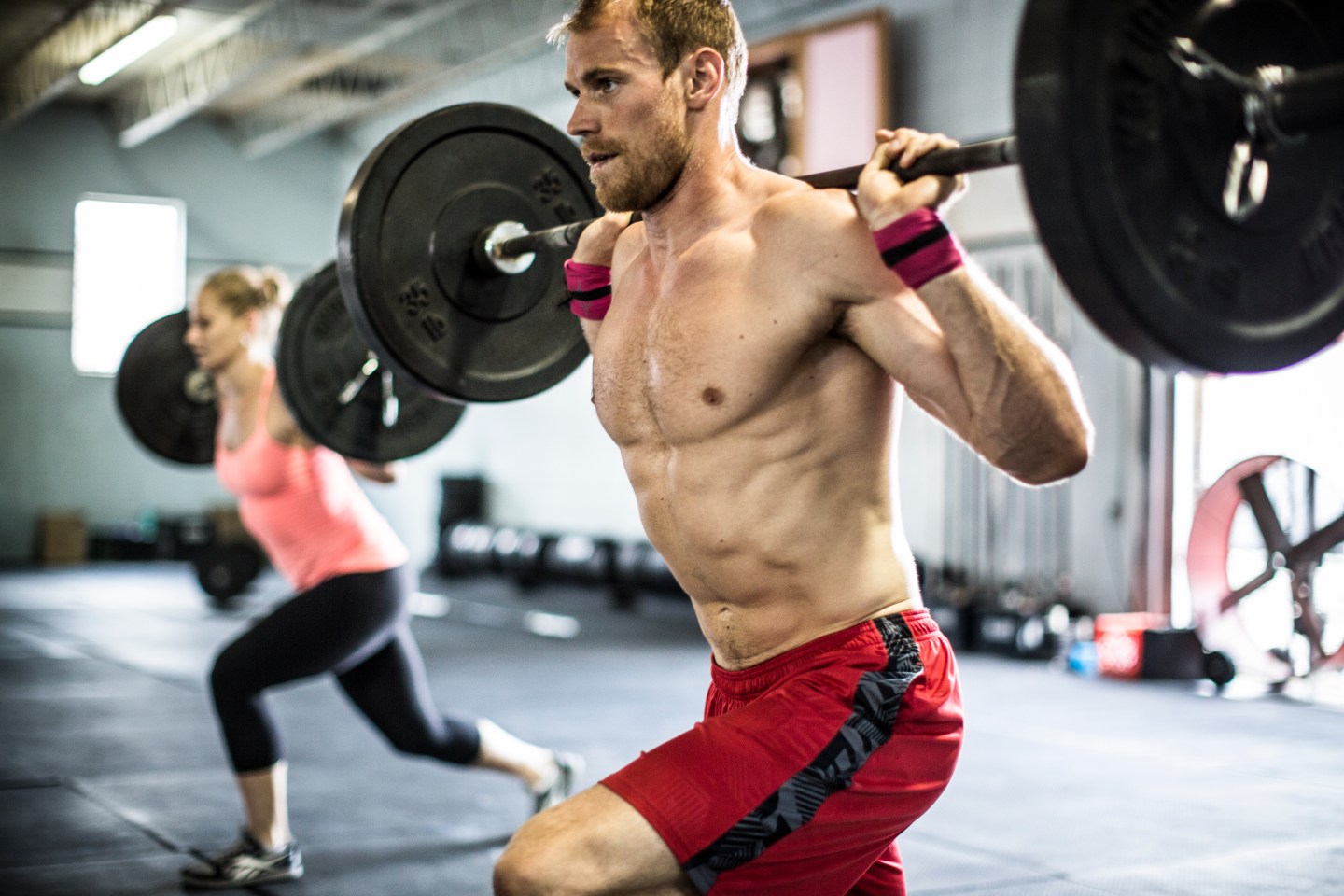 When people talk about the skyrocketing metabolism of Silicon Valley, it’s a metaphor for profits, innovation, a surge in products or services. But now it’s happening literally. There is a cultural shift afoot in the technology industry: fitness has gripped the so-called brogrammer. Software developers who see the world as a series of systems in need of optimization have turned that instinct inward. Call it the six abs of highly effective techies—HGH bodies for PHP minds.

“I never really thought of that,” says Thomas Bailey, 40, director of experience technology at SapientNitro, a marketing company in Boston. “But, yeah, I’m looking out of my office at 25 programmers, and every one of them is fit: a bodybuilder, a ton of cyclists, all of that. It’s only when we hire guys older than 40 that we see that old stereotype, like the programmer from Jurassic Park: unfit, sloppy, all that. People used to point out on their résumé that they speak Spanish or Chinese. Now it’s that they run triathlons or are on a competitive local amateur sports team.”

Bailey may sound surprised, but he’s one of them. After a spiel about “eking out efficiencies,” he reveals his hand: “I can’t stand the typical, average, normal gym experience of running on a treadmill, staring at a TV for half an hour,” he gripes. He’s a CrossFit acolyte. His co-worker, Jon Grassis, 32, a manager of interactive development, bikes 18 miles a day. He always makes sure to stop and do 100 crunches, 100 push-ups, and 50 pull-ups. “I’m working on the pull-ups,” he concedes.

“I’m a 100 percent stickler for efficiency,” Grassis says. “I can’t stand inefficiency in any part of my life at all, almost to a fault. Efficiency is tricky with fitness, though, because you want it to be hard. The moving target aspect is highly appealing to the techie mindset.”

It is admittedly difficult to find data that specifically backs the assertion that desk-bound programmers are moving toward a fitter existence, aside from the fact that the general market for wearable fitness devices has in recent years rapidly grown into a billion-dollar business. But there’s plenty of anecdotal evidence.

Witness Paul Graham, a co-founder of the seed accelerator Y Combinator, imploring his staff to exercise. (And here is Harj Taggar, a Y Combinator partner, writing about his personal experiments with preventing heart disease.) Chew on the concept of Soylent, which aims to solve the “problem” of eating meals, or Google’s Baseline Study, which seeks to pinpoint what a healthy system—er, body—should look like. Look at the hordes of young tech workers navigating the Spring Break crowds at Burning Man and South by Southwest baring their toned physiques (including the literally Olympian torso of Tyler Winklevoss, the investor and cryptocurrency evangelist). Read efficiency mogul Timothy Ferriss’ 2010 book The 4-Hour Body: An Uncommon Guide to Rapid Fat-Loss, Incredible Sex, and Becoming Superhuman or renowned futurist Ray Kurzweil’s 2009 book Transcend, a nine-step mnemonic for living well. “Tending to your body is essential to being a successful founder,” writes Seth Bannon, the social entrepreneur and Amicus CEO, who counts among his accomplishments that he is a vegetarian. “Remember: exercise makes you a better entrepreneur.” Or behold the editors of BuzzFeed lavishing praise on “the hottest abs in Silicon Valley,” a description that—with respect to tech’s founding mothers and fathers—would have been unthinkable in the region’s early, nerdier days.

The zeitgeist presents an intriguing and novel paradox for data-driven laptop hermits who are still getting used to the concept of standing desks. Study after study demonstrates that fitter folks are more trusted, more respected, more welcomed, more everything—so how can optimized job performance not factor in fitness?

“It’s a skill set,” says Nick Grosvenor, 32, founder and programmer at CineGrain in Los Angeles. Grosvenor says he’s a devotee to Barry’s Bootcamp, the high-intensity interval training regimen favored by get-ripped-quick celebrities and Wall Street alpha dogs. “It shows that they’ve got their act together. It shows commitment, intelligence, discipline; it’s a cue to efficiency, to a systemized life, everything we respect in the programming world. It’s almost a counterbalance, because working out is the antithesis to sitting down.”

Courtney Paul, 35, a trainer at Barry’s Bootcamp, which opened its San Francisco outpost in June, drives this mentality home with his #wearemachines Twitter hashtag. For example, he says, he knows that average walking speed is 3.1 miles per hour, and expects his clients to cool down at a pace of at least 3.5 miles per hour. “It’s not about self-esteem, or encouragement, or cheerleading, or any of that softer old-school stuff from the days when working out was a new science,” he says. “It’s just numbers now. That’s it. The numbers don’t lie. If you do this, and eat this, you will get these results. If you don’t get the results, you’re lying about something. Because the numbers aren’t doing the lying, I know that.”

“It’s reaching a point where physical prowess is merging with mental prowess,” says Zak Holdsworth, 32, founder of Hint Health, in San Francisco. Holdsworth is another CrossFit fan, as well as a kitesurfer (and, according to one website, New Zealand’s most eligible bachelor). He says he took blood, saliva, and urine samples to establish his own “personal systems biology baseline.”

Not that all the discipline and rigor is internal. Holdsworth’s office, for example, allows very select snacks—paleo jerky, or nutrition bars made of crickets, for example. “There will never be a candy bowl on a desk in this office,” he says. “It’s harder to make bad decisions when the options don’t allow it.”

As software engineers continue to hack and optimize their fitness, does it at some point become a walking résumé? If you want to know how good a programmer is, you can’t just ask him to lift his shirt, can you?

“People almost don’t believe me when I tell them what I do,” says Vaughn Dabney, 30, a freelance app developer in Washington, D.C. who also founded Soundr, a kind of Vine for audio files (and audiophiles). “They don’t expect it, sometimes don’t accept it. Because I’m not [made from] the mold people think. I never find out what they think I should be, though. I tell them I’m the coolest nerd they’ll ever meet.”

Dabney, who describes his body as “mesomorph,” says he engages in an hour of targeted workouts every work day. “Things are changing. It’s not just programmers behind the scene,” he says, “You have to be the face. Investors like stories, faces; your body is your brand in a lot of ways. Being in shape is a complement to being fit mentally. It’s getting all the property in Monopoly: the front-end and the back-end, the presentation and the programming—the body and the mind.”

Which means there’s only one place to go from here: the eight abs of highly effective techies. In time.