Corporations have free speech rights, except when it comes to meat 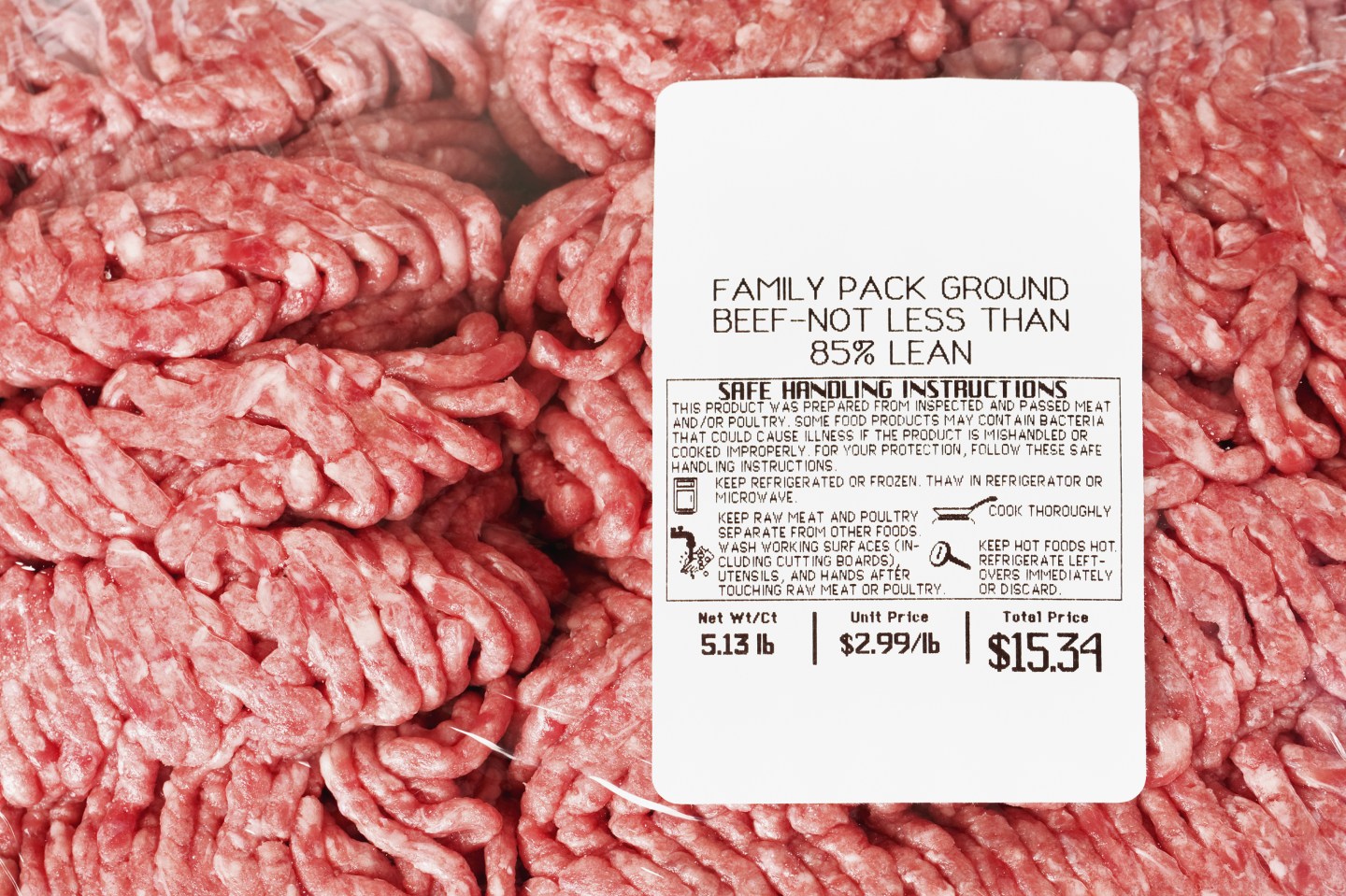 Corporations have a penchant for using the First Amendment to slip through the grasp of new regulations.

R.J. Reynolds Tobacco Company (RAI), for instance, used it to argue against a Food and Drug Administration requirement that would have plastered grisly images of smoking’s side effects on cigarette packages. Such labels constituted compelled speech, Reynolds argued—successfully.

Likewise, ratings agencies Standard and Poor’s and Fitch hid behind the First Amendment when it was criticized for giving high ratings to worthless securities in the run up to the financial crisis. They said that the ratings were based on opinion and therefore constituted protected speech.

So when Congress passed legislation imposing new rules requiring meat producers to attach country of origin labels to their products, the First Amendment defense must have looked like an attractive method for the industry to wiggle out of the regulation. In July 2013, industry groups representing livestock producers, feedlot operators, and meat packers gave it a shot.

Led by the American Meat Institute, the groups filed a lawsuit against the United States Department of Agriculture that claimed that requiring producers to use labels that identified the countries in which its animals were born, raised, and slaughtered, and to specify if meat in a single package was “co-mingled” from different countries of origin represented compelled speech and violated the First Amendment. The meat industry argued in its complaint that because there was no “legitimate justification” for the born, raised, and slaughtered labels, and because the new rules would “impose significant burdens on and radically restructure the way meat is produced and packaged in this country,” the regulation violated the First Amendment, which prohibits compelled speech in the absence of substantial governmental interest.

The government, meanwhile, said its interest in allowing consumers to know the origin of the food they eat should be “beyond dispute.” The meat industry “cannot and do[es] not provide any basis for second-guessing the considered judgment of Congress … that country-of-origin labeling is warranted.”

Despite what seems like a long line of corporations winning such cases, a divided panel of 11 judges in the United States Court of Appeals for the District of Columbia Circuit this week ruled against the meat producers after finding that the government interest in informing consumers and isolating potential food contamination superseded the industry’s First Amendment claims.

“Simply because the agency believes [the meat industry] has other, superior means to protect food safety doesn’t delegitimize a congressional decision to empower consumers to take possible country-specific differences in safety practices into account,” the court majority said. Nor does such a belief “undercut the economy-wide benefits of confining the market impact of a [potential] disease outbreak.”

The court majority acknowledged that its decision seemed to fly in the face of previous rulings—specifically the Reynolds Tobacco case over the graphic cigarette warnings labels, which was decided by a three-judge panel in the same circuit court in 2012. The deciding judges in that case sided with Reynolds by ruling that the government interest didn’t trump Reynolds’ First Amendment rights since the labeling requirements weren’t aimed at preventing deception.

The court majority in the meat label case, meanwhile, provided more leeway in what sorts of government interest took precedence over a corporation’s First Amendment rights; they ruled that government interest could reach beyond the prevention of deception to such objectives as consumer knowledge and containment of food-borne illness outbreaks.

The court majority in the meat label case explained its decision bluntly: “To the extent that other cases in this circuit may be read as holding to the contrary…we now overrule them.”

That combative language could embolden regulators to require similar disclosures, says Joshua Turner, an attorney at Wiley Rein who specializes in federal and state regulation. At the very least, he says, it sets the stage for a federal regulation-versus-corporate free speech showdown in the Supreme Court.