In the Middle East, private business jumps in where government stalls 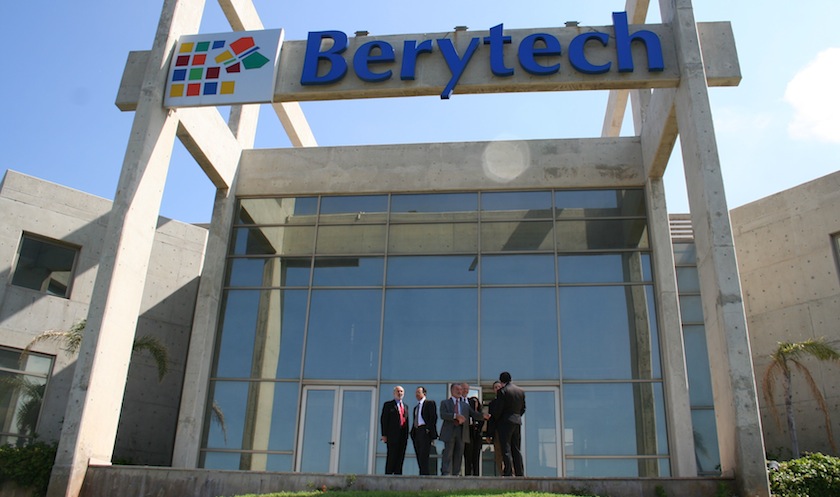 It has an extraordinarily powerful resource—talented and hungry youth who are restless but who often lack the skills to compete in the modern workforce. The result? The Arab Spring—from Egypt to Tunisia to Libya—as restless youth with nowhere to focus their energy took to the streets.

“The cause was unemployment, combined with corruption and demands for good governance,” said Ahmad Alhendawi, United Nations Special Envoy on Youth.

The Rockefeller Foundation is set on tackling this problem and has launched a seven-year $97 million program to create digital jobs in six countries, including Egypt and Morocco, in addition to Ghana, Kenya, Nigeria, and South Africa.

“There is a major youth unemployment challenge, and the impact of our program will not be just in terms of the [participant’s] lives but on families and communities,” said Karl Brown, Rockefeller’s associate director of applied technology, who is leading the project in Morocco and Egypt.

Rockefeller plans to use its funds to support job-training programs focused on the communications and tech sectors.

Rockefeller’s initiative comes on the heels of other youth employment programs in the Arab world, many of which have been initiated by the private sector but are managed by non-profits. Education for Employment (EFE), a network of locally run NGOs in the Mideast, has teamed up with companies including digital printing company Vistaprint to create a program in Tunisia to give basic job skills and preparation for the workforce. Successful graduates are ultimately placed in jobs at sponsor companies. “The reality is there are millions of jobs in the region that remain unfilled because youth don’t have the skills. We teach kids how to think creatively and be an agent of change. There is tremendous hope,” said Ron Bruder, founder and chairman of EFE. Bruder added that several other companies have joined EFE, such as souq.com, the largest e-commerce website in the Arab world.

In some respects, the business community is attempting to take the reins on the Middle East youth employment crisis as government leaders in the region stall. In a striking reversal of sentiment, Middle Eastern youth are increasingly looking past their government to address their employment woes. In the past, parents and youth viewed government as one of the few sources—if not the only source—of stable employment for the educated.

Today, youth in the region are now taking matters into their own hands, said Christopher Schroeder, author of Startup Rising: The Entrepreneurial Revolution Remaking the Middle East. “They are self-teaching, collaborating, and solving local problems and creating their own enterprises and jobs,” he said, adding that the Middle East is at a turning point, aided by explosive growth in smartphone use and other forms of mobile access to the Internet.

The digital revolution has had a “tsunami effect” on the most basic way of life in the region, according to Wael Fakharany, Google’s agency lead for the Middle East and North Africa. “Today, a young entrepreneur can develop cloud and mobile-based applications that can change the world and influence hundreds of millions of people,” he said.

Incubators have begun to step in to support budding entrepreneurs. Take Berytech, a Lebanon-based incubator that provides venture funding, technical assistance, and physical office space for startups. Elie Khoury, CEO of photo startup Dermandar has benefited from Berytech’s services. His company, which has received funding from Berytech, has developed an app called DMD Panorama, which “stitches” together photographs into one big picture. It has had more than seven million downloads on the Apple Store. Not bad, at $1.99 per buy.

Investors in Berytech and its investment fund include several Lebanese banks and corporations, U.S. corporations like Intel and Cisco, local NGOs, and private individuals. The fund aims to invest in early stage companies, in exchange for equity ownership, ranging from 15% to 35%. Berytech also provides advisory services to help train startup management teams.

Over the past decade, 250 companies have come and gone through the incubator, creating 1,500 jobs. Some companies received venture funding from a $6 million pot.

Rouhana has ambitious goals. “The goal is to stem brain drain, and in the next five years to continue growing, and build our venture fund to $30 million dollars.”

Of course, the real question is whether the private sector will be able to make headway in the Middle East, a region that has largely been economically dominated by government players.

“There is a role the private sector can play,” said Masood Ahmed, IMF director for the Middle East and Central Asia. “Ultimately, it is a combination…. The government has to create the environment … and there has to be labor market flexibility, apprenticeships, and changes in labor law. It is a very cumbersome process.”