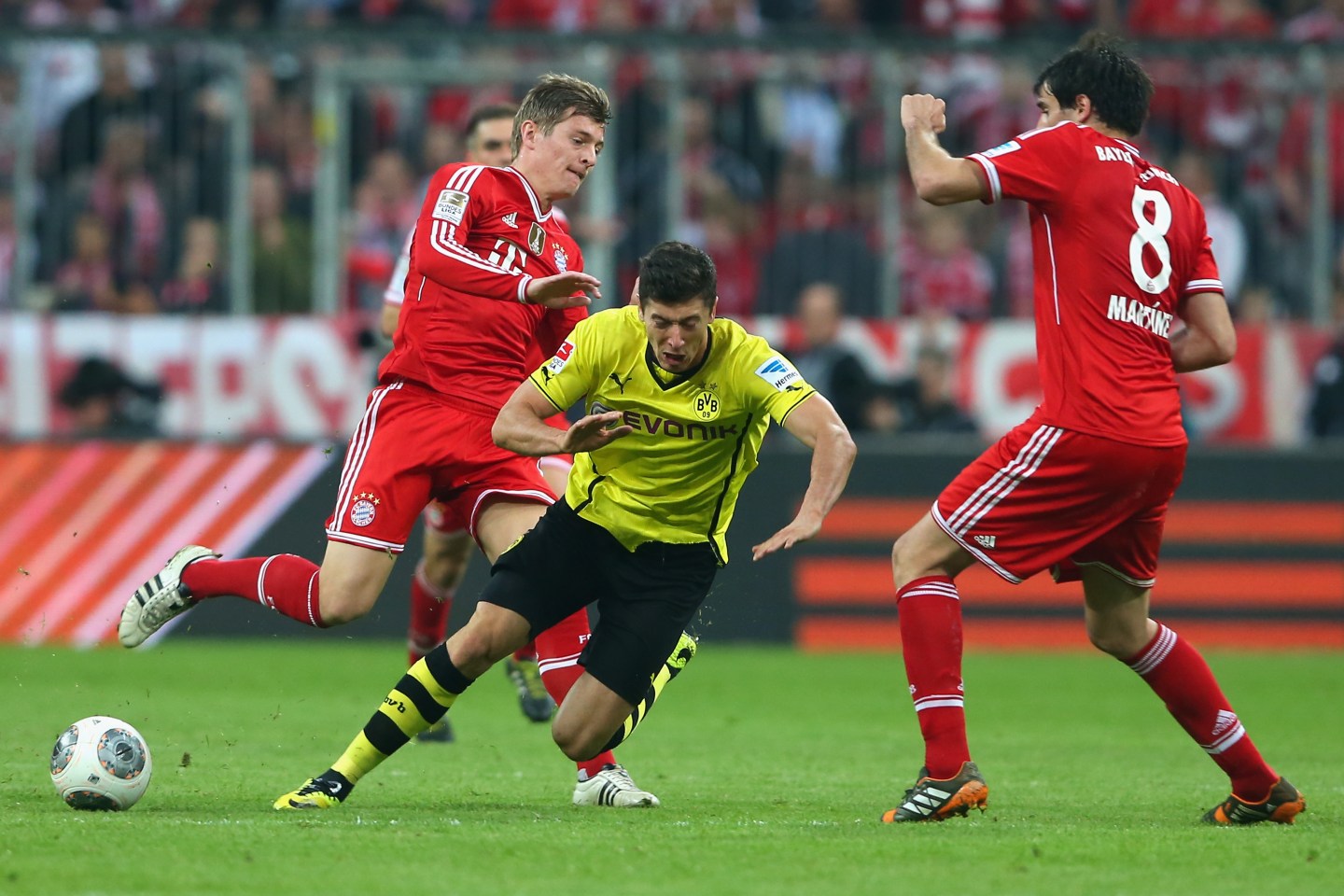 As in the U.K., Sky has built its business in Germany and Italy on rights to top soccer matches.
Alexander Hassenstein Bongarts--Getty Images

BSkyB plc said it has agreed to buy the German and Italian pay -TV assets of Rupert Murdoch’s 21st Century Fox , filling Fox’s war-chest as it closes in on a deal for rival Time Warner Inc.

If approved by regulators and shareholders, the $8.3 billion deal would also create the biggest pay-TV business in Europe, with 20 million customers and annual revenues of $19 billion.

Fox (FOX) is raising money wherever it can, against a background of rising speculation that it will make another approach for Time Warner (TWX). An earlier offer of $80 billion was rebuffed by Time Warner’s management.

U.K.-based BSkyB (BSYBF), itself 39.1% owned by Fox, will pay 2.45 billion pounds ($4.16 billion) for all of Sky Italia, of which GBP2.07 billion will be in cash and the remaining GBP382 million through the transfer of its 21% stake in National Geographic Channel International.

It will also pay GBP2.9 billion in cash for Fox’s 57.4% stake in Sky Deutschland, valuing it at €6.75 a share, roughly in line with its current market valuation. It will also extend the same offer to minority shareholders. Depending on how many of them accept the offer, the total bill for BSkyB could rise to GBP7.0 billion.

BSkyB will raise around a quarter of the money needed by selling 156.1 million new shares, worth around GBP1.4 billion at current prices. The rest will come from existing cash and new debt. Fox has already committed to subscribe to the share issue, but net debt will still rise to around three times current earnings before interest, taxes, depreciation and amortisation. That multiple could rise to four, depending how much cash it needs to buy out Sky Deutschland’s shareholders.

BSkyB said the deal would add to earnings per share within two years, with an increasingly positive effect after that. Its shares fell 2.6% on the news in early trading in London.

The offer values the sister companies’ subscribers at $1,489 each, compared to a valuation of $1,582 per subscriber at DirecTV.