Alex Bernstein: The Lineman in the Valley 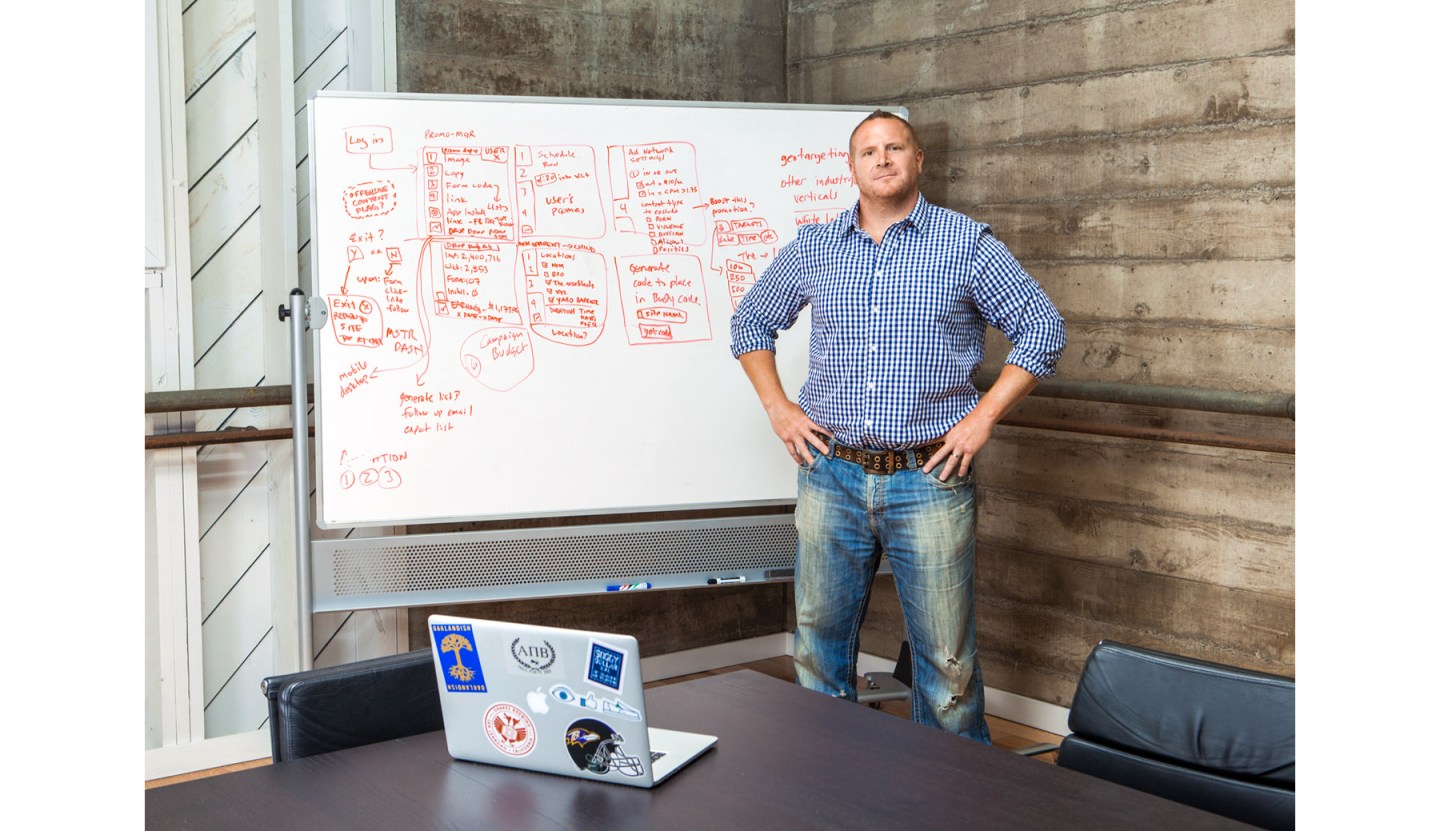 Following Alex Bernstein’s second season as an NFL offensive lineman in 1998, he signed up for an internship with Morgan Stanley. It was arranged by his team, the New York Jets, as part of the organization’s effort to get players job experience and better prepare them for life post-football.

“On the first day I got up at 5:30 a.m. to lift and do all my off-season training and then got to [New York City] by about noon,” Bernstein says. “I worked until about 7 p.m. and then drove back to my home in Long Island. The next day I woke up again at 5:30 a.m. for my workouts and said, ‘This is unsustainable.’ I never went back.”

That single day of an internship was the extent of Bernstein’s work experience when, two years later, a neck injury ended his football career. Like most players, he had given little thought to what he would do next. Bill Parcells, his coach with the Jets, once told him, “You are a smart guy. You can make more money in business than in football,” but Bernstein, now 39, didn’t have such optimism when the reality of life without football crashed down on him at age 24.

“I was newly married, and I was a virtual unknown. I couldn’t trade on my name,” he says. “I needed a job.”

In desperation, he called a college friend who worked at C-bridge Technologies, a software implementation company then based in Cambridge, Mass. It was not long after the apex of the first dotcom boom, and C-bridge was hiring “anyone who could string a sentence together and went to college,” Bernstein says. In July 2000 he became the company’s new, 6-foot-3, 340-pound inside sales rep, so low on the company ladder he was not allowed to meet with customers in person.

The $55,000-a-year job (counting a $20,000 bonus) was the first in a string of positions he has held in the tech industry, culminating in his co-founding of North Social, a creator of social media marketing software. In 2011, Vocus acquired North Social in a $25 million transaction, providing Bernstein with far more money than he ever would have earned as an undrafted offensive lineman—out of Division III Amherst to boot—in pro football.

“It was an incredibly hard transition. Everything in your life is wrapped up in being a football player, everything you eat and do, and to have that change so quickly is unbelievably devastating. Very few careers end that instantly,” Bernstein says on a recent weekday. He’s sitting on a sofa in the cavernous living room of his 8,020-square-foot Tudor home in the Gold Coast neighborhood of Alameda, Calif., which sits just across the bay from San Francisco. “A very important piece of the transition for me was I didn’t stop. If you are operating an engine at maximum RPMs—which is what you are doing to your body and mind if you are playing in the NFL—you can’t just turn the engine off. I took all my energy and effort and dove into work.”

During his three-year career with the Baltimore Ravens, Jets, Cleveland Browns, and one training camp with the Atlanta Falcons, Bernstein worked like an “all-effort, no-talent white boy,” which is what Ravens Hall of Fame offensive tackle Jonathan Ogden used to call Bernstein. At C-bridge, which was based on MIT’s campus, he viewed himself as a similarly challenged cog: a know-nothing jock far behind his peers in understanding the tech industry.

“I stayed on the same schedule as with football, but instead of getting taped at 5:30 a.m. for practice, I showed up at work at 5:30 a.m. I had to get a special key card to get access that early, since the doors didn’t unlock until 7 a.m. And instead of preparing for a game, I devoured every book I could find on business, books about systems integration, how coding worked, the business behind it,” he says.

His first few months at C-bridge were humbling, and had Bernstein’s NFL career lasted more than three seasons—or had he starred at a Big 10 Conference school, his dream growing up in Edina, Minn.—his ego might not have allowed him to stick with it. But by his fourth month at the Cambridge company, Bernstein’s knowledge about the software industry exceeded that of even some of his managers.

In the fall of 2000 he was named C-bridge’s director of strategic alliances, dealing directly with software companies like Oracle. He moved with his wife, P.J., to San Francisco, one of the 17 moves they made (counting his NFL days) in their first five years together. “We were like [Robert De Niro’s] character in the movie Heat. Everything we owned could fit in my car, and we could be gone in 30 minutes,” Bernstein says.

In 2002 a digital media company called Echo Networks, for which Bernstein had written a business plan, got funded, and Bernstein moved to Los Angeles to play the startup game. Echo teetered for months between great success and total failure (“I loved it,” he says). But in the end, the competition was Apple’s iTunes—and that was that.

Even in failure, though, Bernstein found opportunity. One of Echo’s customers was Virgin, which eventually hired him to be senior vice president for corporate development in its digital music division. In early 2006 came yet another move for the former NFL center and guard—this time back to the Bay Area, where Bernstein helped found North Venture Partners, a sort of outsourced innovator for big companies, where he served as managing partner for five years. The firm had some success with ScanDisk, which once ranked just behind Apple in sales of MP3 players.

“I have very rarely worked with anyone so driven, and unquestionably his football background plays a big role in the way he works his career,” Zack Zalon, Bernstein’s boss at Virgin Digital, wrote in an email. “When you look at successful entrepreneurs, it is always determined execution that makes the difference, and Alex personifies that.”

Today Bernstein is working on a number of projects, the most prominent of which is called Inoak (short for Innovate Oakland). He has bought three buildings in distressed areas of Oakland and turned them into technology incubator spaces. He may invest in the companies that come to reside there; he may just mentor their founders. “I also believe in the social reward of helping convert neighborhoods, building companies, and bringing jobs that will help improve Oakland,” he says.

“In football my goal was always to have a 10-year career, the benchmark of manliness. I didn’t get that, but I got out with reasonable health, and I got out early enough that I could start over,” he says. “Some players look back and say, ‘I wish I could have played longer.’ I look back and think that I got out with enough fuel left in my body to accomplish a lot more.”

For more great business stories in our Pro-Files series, check out both Fortune.com and SI.com.