China amps up its battle against the information revolution 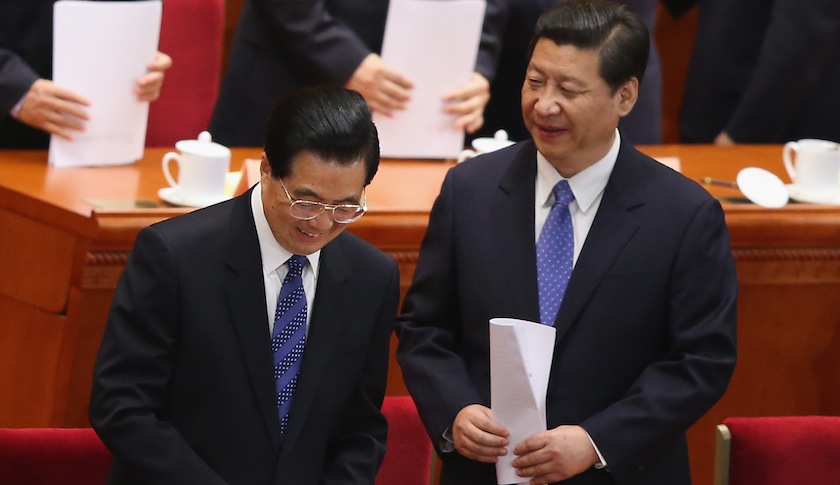 About a year ago, China’s new political leadership launched a ferocious crackdown on social media, arresting influential bloggers with millions of followers on weibo, the Chinese equivalent of Twitter. Some were later sentenced to prison terms for alleged “rumor-mongering.” The country’s supreme court and prosecutors also reinterpreted Chinese law to make posting “rumors” on the Internet a crime.

The aggressive move against China’s vibrant social media, obviously carried out at the behest of China’s top leaders, proved surprisingly effective—contrary to those who assume that authoritarian regimes are powerless in dealing with disruptive and fast-evolving information technologies. In less than a year, the censors have tamed China’s weibo. Public criticism of corruption and incompetence of government officials, once prevalent, is much less frequent on weibo these days. Many users have migrated to a new online platform, WeChat, which connects individuals and creates far smaller communities than weibo.

If you expect the Chinese Communist Party (CCP) to celebrate its victory and take a break, you are mistaken. Last year’s crackdown on social media was merely the opening salvo of the CCP’s war on the information revolution. The Chinese government has since escalated its offensive with unprecedented determination. As usual, foreign websites and Internet portals received special attention. The English website of the New York Times has been blocked by the Great Firewall (Beijing used to block only the Chinese website of the newspaper). Google has been rendered inaccessible inside China as well.

Beijing’s most recent attack has focused on Internet TV. Taking advantage of regulatory loopholes, Internet TV companies have been doing a thriving business by selling set-top boxes and subscription services to consumers who then connect their TV with video-streaming sites such as Sohu TV and Youku. This service allows ordinary Chinese people to enjoy popular Western movies and TV shows, such as “Homeland” and “House of Cards,” on their TV sets.

The CCP views the growing popularity of Internet TV as a threat. So, in mid-July, the State Administration of Press, Publication, Radio, Film, and Television, the nominal regulator of the entertainment industry, ordered Internet TV service providers to stop broadcasting foreign films and TV series without obtaining a license from the government. The decision wreaked havoc on China’s Internet TV market. Market leaders such as LeTV have to suspend the sale of their set-top boxes and their foreign-content programming immediately. Of course, the move against Internet TV calls into question whether the party will now go after China’s video-streaming providers like Youku.

The CCP’s latest attempt to impose its will on China’s information industry offers additional evidence that, despite its rhetoric of economic reform, China’s new leadership is more ideologically conservative than its predecessors. To be sure, previous Chinese leaders were no angels. They periodically arrested human rights activists and shut down publications and websites. But compared with the new leadership, they were more measured and less methodical in their crackdowns against the flow of information.

One plausible explanation: even though previous leaders felt insecure, they did not feel that they had to resort to unusually repressive measures to restore fear. But today’s Chinese political leaders have displayed a more acute sense of insecurity. For example, China established a new national security committee earlier this year and it has included “cultural security,” “regime security,” and “information security” as part of Chinese national security.

In June, the committee issued its first directive, which was to launch a probe into foreign non-governmental organizations (NGOS) operating in China. The crackdown on Internet TV, seen in this context, represents just one more step taken by the party to prevent insidious Western cultural influence from undermining the regime.

The incumbents in Beijing seem convinced that the communist regimes in the former Soviet bloc fell mainly because their rulers were too soft and unwilling to use force to crush opposition movements. As a result, some top Chinese leaders have urged party officials “not to hesitate to show their sword”—a phrase that, in Chinese, means using violence against one’s opponent. In practice, “showing sword” has led to the arrest and imprisonment of prominent human rights activists and lawyers who were largely left alone under the previous leadership.

There is no doubt that new Chinese leaders are betting that repression and censorship, not democratic reforms, will perpetuate the party’s rule. This is a bold bet, but they have likely miscalculated egregiously. In this particular case, depriving hundreds of millions of ordinary Chinese access to “House of Cards” and “Homeland” will only make the new regime deeply unpopular.