Google, Verizon could be turning NYC payphones into WiFi hotspots 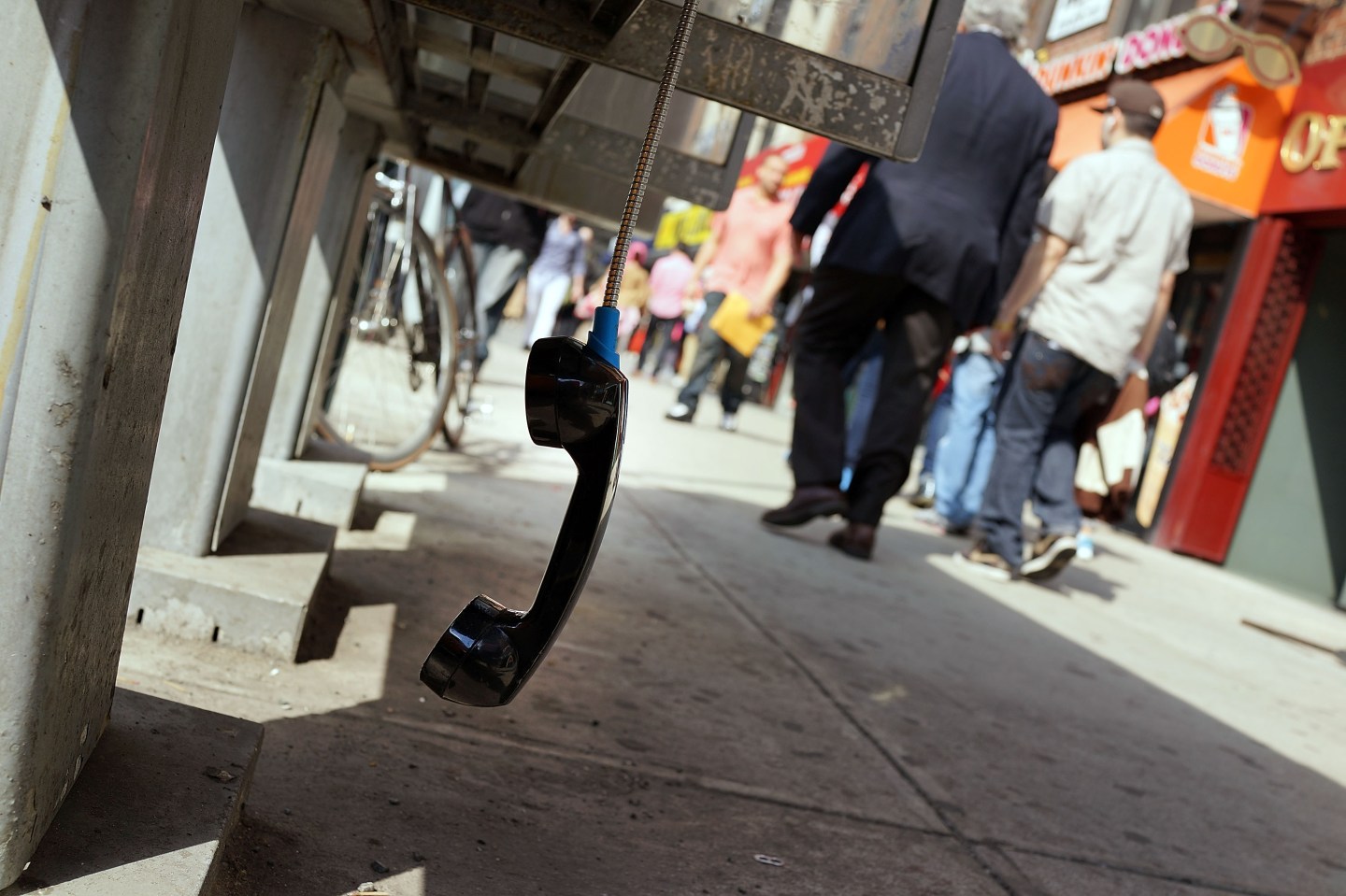 NEW YORK, NY - MAY 02: People walk by a public phone on a Manhattan street on May 2, 2014 in New York City. New York Mayor Bill de Blasio has called for proposals to turn underused phone booths into Wi-Fi hot spots. If successful the program would create one of the largest free public wi-fi networks in the country. (Photo by Spencer Platt/Getty Images)
Spencer Platt—Getty Images

Proposals are due Monday for a plan to convert thousands of New York City pay-phone stalls into wireless access points, and several corporate giants, including Google and Verizon Wireless, could be among those looking to back the ambitious project.

Those companies were just two of about 60 who sent representatives to a pre-proposal informational gathering in May, where the city solicited proposals from groups looking to partner on a plan to transform New York’s public pay-phones into free WiFi hotspots that would offer city residents and visitors outdoor internet access, according to documents from the city’s Department of Information Technology and Telecommunications (DoITT).

It is not known whether or not Google (GOOG) or Verizon Wireless (VZ) have submitted, or will submit, formal proposals to become a franchisee for the project. Neither company immediately responded to requests for comment. Other companies listed on the roster of attendees at the informational session two months ago include Cablevision (CVC) and Time Warner Cable (TWC) along with IBM (IBM), Samsung and Motorola Solutions (MSI).

Former Mayor Michael Bloomberg kicked off the city’s efforts to get further use out of the more than 7,000 public phones in New York in 2012, when the city first tested out the idea of turning the sidewalk stalls into WiFi hotspots. There are currently more than 20 working phone booths offering wireless Internet access, with service ranging between 100 and 200 feet from each kiosk, spread across the city’s five boroughs.

Under current Mayor Bill de Blasio, New York has plans to expand the project even further as contracts with the remaining franchisees for the city’s payphones are set to expire this fall. The project, which the city has said will produce at least $17.5 million in annual revenue for New York, would also aim to have the kiosks continue to offer phone services, including free 911 and 311 calls, as well as phone charging stations and touch-screens offering access to local information.

The phone stalls would also provide advertising income to the city while a company like Google would benefit from the increase in the number of people going online and connecting to its services. Last year, the online search giant started offering free WiFi internet access to the area surrounding its New York offices in the city’s Chelsea neighborhood.

In a statement released last month, DoITT assistant commissioner Stanley Shor said design proposals would be “evaluated on the basis of functional efficiency, aesthetics, security, durability, [and] adaptability” for various locations across New York. The city, which is expecting to award one franchisee contract for its new project, encouraged interested companies to submit individual proposals and also to form joint ventures with other companies.