LeapFrog’s new game console is like the Wii, but for younger kids 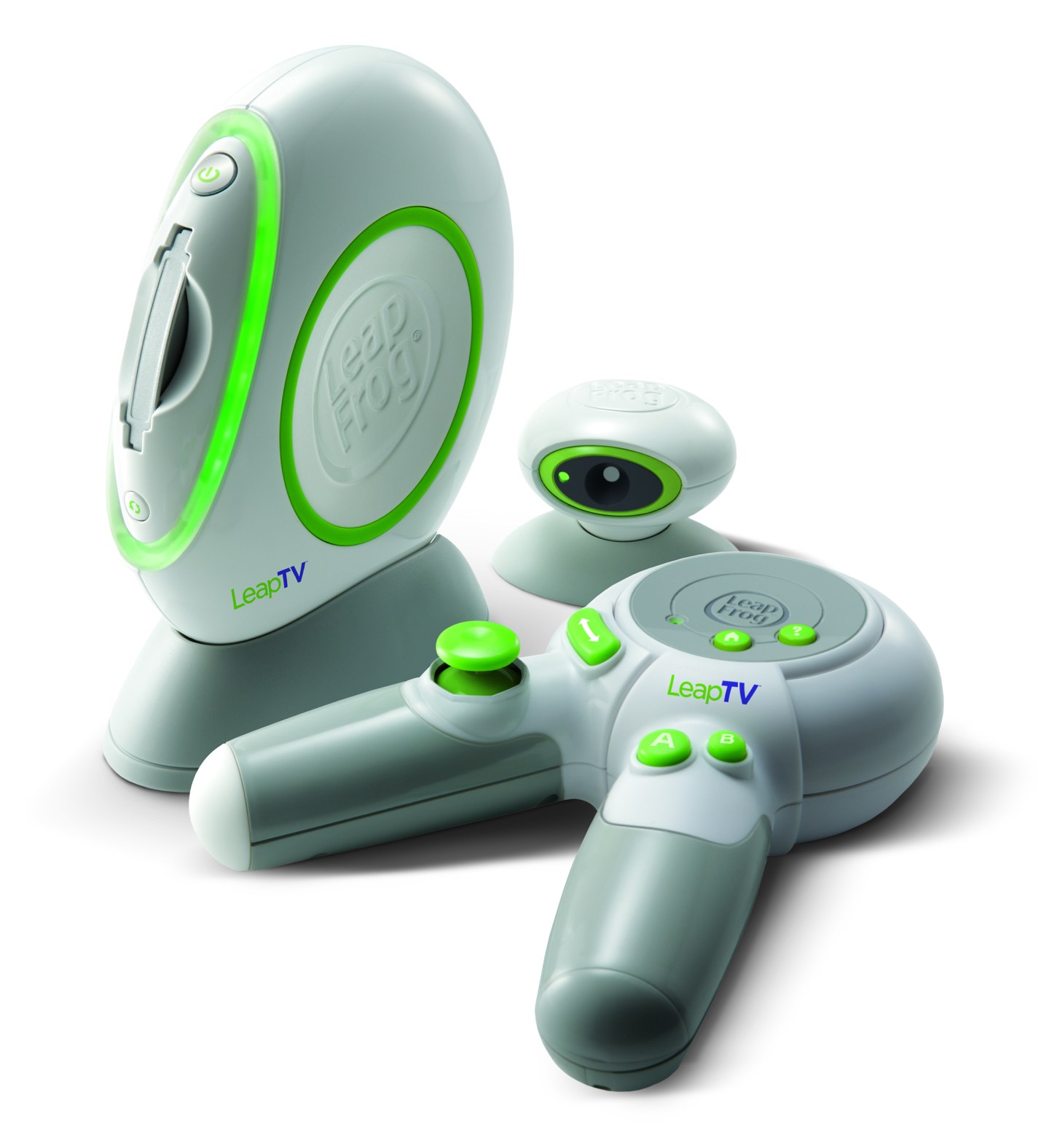 John Barbour, CEO of interactive toy maker LeapFrog, was in a videogame store recently and asked the employees behind the counter if customers ever ask for games for younger children.

Their response: “Only every day.”

That’s a problem the education-focused toy company is hoping to solve. After years of development, LeapFrog is entering the multi-billion-dollar console gaming business with the launch of its newest gaming system, the LeapTV console that will hit retail shelves in time for the upcoming holiday season. The $150-system is designed for younger kids, generally between 3 and 8 years old, and has a transforming gaming controller and a motion-sensing camera.

“For many parents who buy their kids videogame systems, [LeapTV] is less than half the price than most videogame systems out there,” Barbour told Fortune. “We are bringing the benefits of videogame play to younger kids, at a lower costs, and with totally appropriate content.”

The LeapTV console will remind gamers of Nintendo’s Wii, which has sold more than 100 million units since it was launched in 2006 and was a wildly popular system in its heyday.

Console sales have slipped in recent years, totaling slightly over 40 billion units globally in 2013 according to data complied by Statista. While console sales have dropped for several years, part of that decline is due to the cyclical nature of the business. The industry’s sales should rebound this year due to the launch of the new PlayStation and xBox systems late last year. And the number of Web-connected video game consoles is projected to exceed 200 million worldwide by 2017, industry watcher International Data Corp. has projected.

While the console business is highly competitive, Barbour said LeapFrog (LF) is targeting a portion of the market no competitors are addressing. Gaming systems target older kids, Barbour said, and LeapFrog’s device and games are better suited for younger kids that can get frustrated when playing the Wii and other systems.

“The videogame market is a very big consumer market place,” Barbour said. He said the launch would be a success if LeapFrog can capture “just a small slice of it.”

LeapFrog is also planning to sell a slate of around 100 video games and videos that will also be on shelves by the end of the year. That content is specifically designed for young kids.

“Less than one percent of the tens of thousands of video game titles are rated appropriate for children under the age of six years,” said Dr. Jody Sherman LeVos, who director of LeapFrog’s team of educational and design experts.

The timing of LeapTV’s launch does raise some questions. While Nintendo’s Wii was a huge hit, the successor Wii U has suffered from poor sales.

But the launch follows a well-established trend at LeapFrog, which keeps a close eye on popular technology trends and repurposes them for young kids. For example, the company’s popular children’s tablets hit the market well after Apple’s blockbuster iPad. Next month, LeapFrog will begin selling an activity tracker for kids—again following the footsteps of Nike, Fitbit and Jawbone, among others.

The LeapTV system has 16GB of memory and built-in Wi-Fi to download games, though the company is also planning to sell physical game cartridges. The controller has the classic A and B buttons but can also transform as a pointer.

The launch of a videogame system comes after LeapFrog suffered from a tough holiday season in 2013. Though the company entered the fourth quarter of 2013 with net sales rising 9%, deep retailer price discounts and tough competition from other children’s tablets resulted in full-year net sales falling 5% to $553.6 million.

The LeapTV and LeapBand activity tracker are new opportunities for the company, which has mostly relied on children’s tablets in recent years to fuel results. Wall Street analysts expect LeapFrog’s sales for 2014 will be roughly flat from last year’s level, though sales are expected to rise 5% in 2015 and climb a more impressive 16% the following year, according to Bloomberg.