Instagram CEO: We’re growing fast. So what if I left a lot of money on the table? 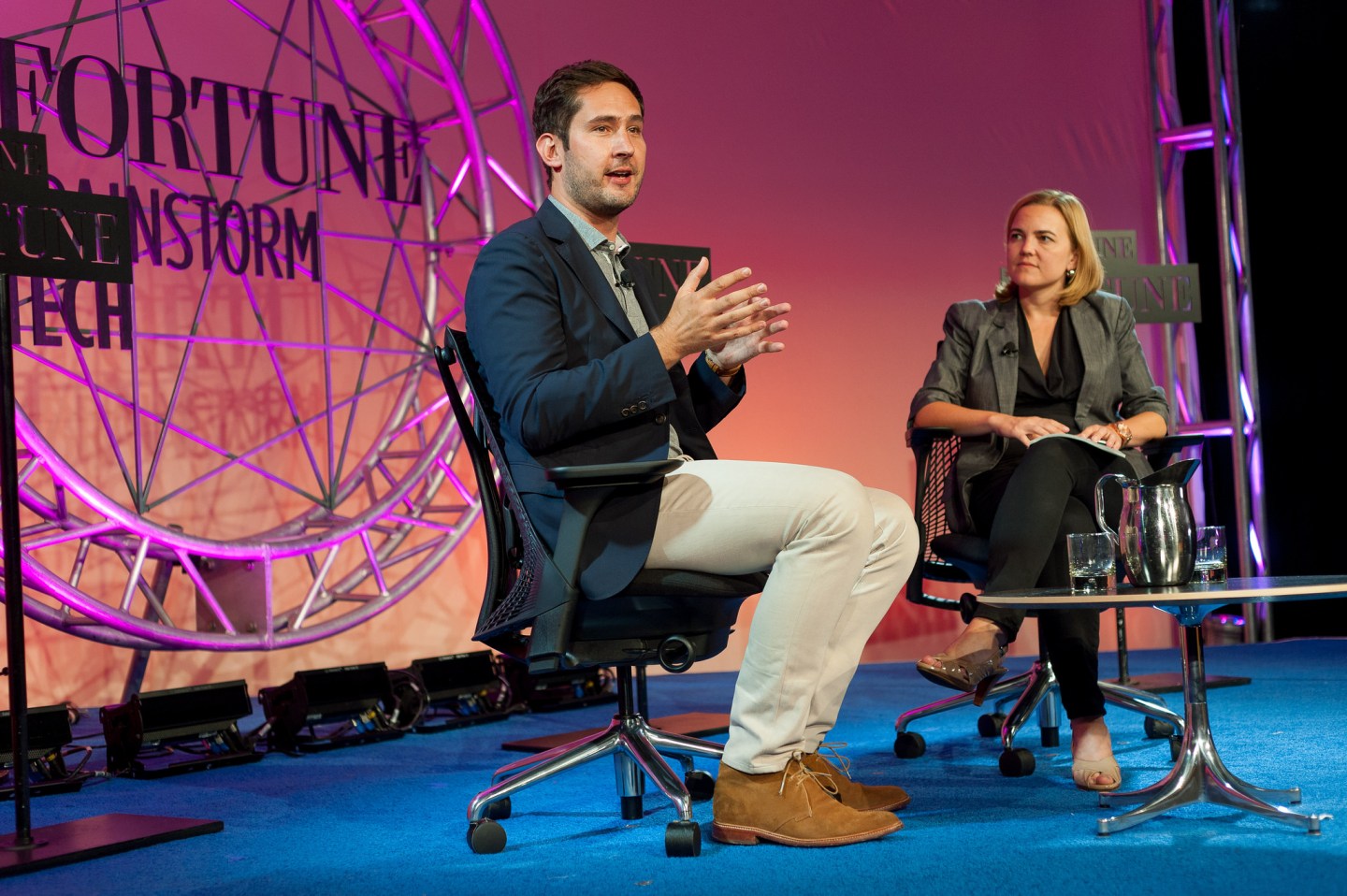 Instagram is growing like gangbusters internationally and usage of its much-maligned messaging service is, too, says CEO Kevin Systrom, but the photo-sharing social media service won’t be rushed into monetizing its massive user base until its ready.

Oh, and Systrom isn’t bitter that he might have given up billions of dollars in value by selling the company for roughly $1 billion to Facebook two years ago rather than holding out for a bigger payday. Really he’s not.

In an on-stage interview at Fortune’s Brainstorm Tech conference in Aspen, Colo., on Tuesday, Systrom said he believes that Instagram, with more than 200 million users already, is “still in its infancy.” And much of its still-rapid growth is from abroad. The user base is “growing very fast overseas” said Systrom. “We have four to five as many sign-ups overseas every day as in the U.S.”

Systrom is also excited, he says, about the company’s messaging service, which has been been characterized by some observers as a failure out of the gate. But in a recent feature story in Fortune by senior writer Jessi Hempel, Instagram disclosed that over the past month some 45 million people had used the private messaging product. And Systrom reiterated that he views the adoption rate as a big success. “It’s growing nearly two times the rate of the organic user base,” Systrom told Hempel on stage.

Less successful, say observers, has been Instagram’s video sharing product. Systrom didn’t cite numbers, but said he feels it’s doing “very well.” It won’t evolve into a mass platform like YouTube, he said. “But it will be consumer video in mobile, and that I’m very happy with,” he said.

Facebook’s revenues grew 55% last year to $7.9 billion, but not one penny of that came from Instagram. That’s changing in 2014. But slowly. Earlier this year, Instagram signed its first deal with an ad agency, when Omnicom pledged to place around $40 million in ads on the service. Systrom personally approves every single ad before it goes up.

Asked if he had considered adding commerce tools, such as the ability for a customer to see, say, a Burberry scarf in a photo in her stream and click-to-buy, Systrom says the company has “certainly thought about it.” But, for now, he is focused on “onboarding” brands. “There are still literally brands that are not on Instagram” yet, he said.

It was pointed out to Systrom that Instagram is now about the size of its social network rival Twitter (TWTR), which had an IPO last fall and now has a market value of roughly $22 billion. Does Systrom feel, then, that it was a mistake to sell his company to Facebook (FB) for a mere $1 billion rather than staying independent and waiting for a bigger cash-out?

“I get this question a lot,” said Systrom. “If your goal is to maximize value and you know the future, then you can draw your own conclusions,” he said.

But Systrom said that thinks being part of Facebook has allowed “hyper growth of both hiring and scaling,” and has thus been key to Instagram’s success. “We doubled user base faster than any social media service before,” said Systrom. “A lot of that is due to Facebook.”