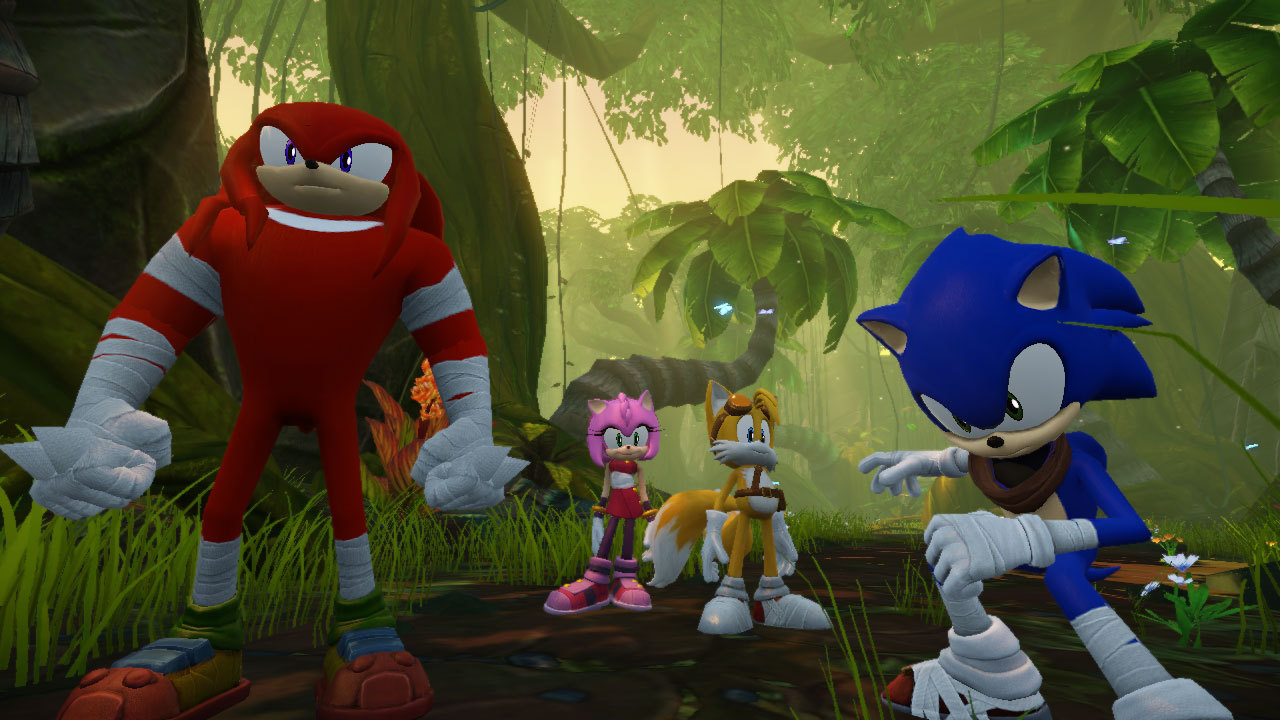 With next generation consoles delivering more lifelike video game experiences like Ubisoft’s Assassin’s Creed: Unity and Activision’s (ATVI)  Call of Duty Advanced Warfare, there’s still room for one of the most iconic game characters in history to forge new paths. Sonic the Hedgehog was been blazing a trail of success for Sega for 23 years with over 70 video games grossing over $5 billion. The mascot should help both Sega’s and Nintendo’s bottom line this fall with two Nintendo-exclusive games, a new computer animated series on Cartoon Network and a line of toys and merchandise from Tomy.

“Arguably, Nintendo is making a bit of a comeback lately,” said Peter Warman, CEO of video game research firm Newzoo. “The fact remains that Nintendo’s game devices still have more kids and family appeal than Xbox and PlayStation. The Sonic franchise could add to this strength and be a serious factor in getting the Wii U back in the game in the West, where Sonic is most popular.”

Sonic Boom is a cross-platform initiative from Sega that features Sonic, Tails, Knuckles and some brand new characters like the jungle badger Sticks and the villain Lyric. The Wii U game from Los Angeles-based Big Red Button,  Sonic Boom: Rise of Lyric, and the Nintendo 3DS game from San Francisco-based Sanzaru Games, Sonic Boom: Shattered Crystal, mark the first time that a Sonic game is being developed in the West. Sega’s Team Sonic in Japan, which has developed past games in the franchise, is working with the U.S.-based studios.

“Sonic Boom was created to harness the power of the brand across its many pillars, so that the franchise can continue to grow and thrive in an increasingly competitive marketplace,” said Marcella Churchill, senior director of marketing for Sega of America. “In a first for the Sonic the Hedgehog brand, the CG-animated TV series, video games and toy line will all operate in harmony with one another with storylines and play patterns replicated throughout.”

The TV series will launch with 52 eleven-minute episodes on Cartoon Network in North America and Canal J and Gulli in France this fall with rollout to more countries to follow. This marks the fifth time Sonic has starred on television, but this French-American co-production from OuiDo! Entertainment and Sega of America is the first computer-generated Sonic show. The show is being created by a team spread across the world in Paris, Seoul, LA, San Francisco, Tokyo, New York, and the south of France.

Evan Baily, executive producer and co-showrunner of Sonic Boom, describes the show: “Imagine The Simpsons set in the Despicable Me universe…but hedgehoggier. We spend a lot of time making fun of action/adventure, but we also try to deliver what’s fun about it.”

Since 1991, Sega has sold over 140 million Sonic games across all platforms. But the new Sonic characters “feel a bit more aged up and suited for a strong character adventure story,” says Bob Rafei, creative director and founder of Big Red Button. Since Sonic and his pals are known for being fast on their feet, these new characters feature wraps like football players wear.

Baily said the established designs for Sonic and his friends are totally iconic and perfect for characters in a platform game that you almost always see in a wide shot. But since TV action moves at a different pace with a lot of close-ups, the creative team needed the characters to be more expressive and natural looking to enable the team to do comedy with more subtlety, depth, and complexity.

From a gameplay perspective the new Wii U game harkens back to the classic Sonic Adventure era, according to Stephen Frost, producer of the Sonic Boom games at Sega. In addition to speed and combat, exploration is a key component of the new game. “Fans are able to stop and explore these cool worlds that in the past just flashed by as you sped by,” said Frost. Both games offer original stories that follow the rise and fall of the new dark ancient enemy Lyric. The Nintendo 3DS game offers traditional 2D side-scrolling action for portable exploration. This marks the first time Sonic games are being developed in the U.S.

“About half of Sonic’s lifetime sales have been in the U.S., approximately 35% in Europe and only 15% originate from the rest of the world, including Japan,” said Warman. “It is quite unique that a character developed in Japan gains more popularity outside its country of birth. Although the franchise has been even more popular in the past, it still ranks No. 20 in the Western world when it comes to franchises played in the last six months.”

“Because Sonic has been one of the world’s biggest selling gaming icons for more than twenty years, the brand has a broad fan base ranging from today’s kids who are being brought into Sonic’s world for the first time to teens and young adults who remember growing up with Sonic,” said Willie Wilkov, chief marketing officer at Tomy. “Our core toy line is focused on kids ages 6-12, however as with all things Sonic, we anticipate it will appeal to fans well beyond the pre-teen years.”

With the fresh new look and cross-media strategy, Sega hopes the new Sonic Boom appeals to the younger gaming demographic, as well as their parents. As a Nintendo exclusive, Sonic fans will have to invest in a Wii U or a Nintendo 3DS to play these latest games, which could help Nintendo’s bottom line this fall. Once rivals in the ‘90s console video game days, Sonic is now helping Mario and Nintendo sell hardware.