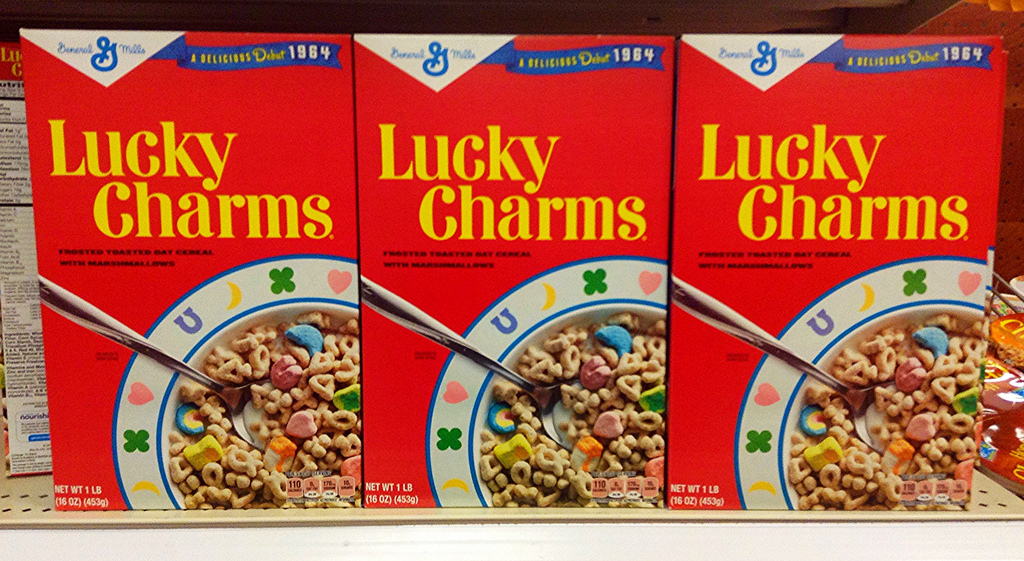 General Mills (GIS) has found a new pocket of the nostalgia market: cereal.

The company told investors on Tuesday that sales of its Lucky Charms cereal are booming now that it is advertising more heavily to adults who grew up ingesting the leprechaun-hocked breakfast good. An ad campaign in January urged consumers to celebrate the brand’s 50th anniversary, using its famous tagline “they’re magically delicious.” (See below.)

“These consumers grew up with our brands, and they love them,” General Mills CEO Ken Powell told analysts at the company’s analyst day on Tuesday, noting that Americans 55 and older currently make up 25% of the population. That proportion will hit 30% by 2020.

The ad campaign led to a 3% jump in sales last year, making it “one of our fastest growing cereals,” Powell said. That’s good because cereal is General Mills’ biggest category, generating $4 billion in sales last year, compared to about $3 billion each for yogurt and snacks. And cereal sales were flat last year.

Lucky Charms is not the only cereal brand getting some love from General Mills as it tries to re-energize its sleepy cereal business.

The company in May launched Cheerios Protein in two flavors: Oats & Honey and Cinnamon Almond, to cater to what its executives called “the current consumer interest in protein.” It is also adding more cinnamon taste to its Cinnamon Toast Crunch , and a fruitier taste in its Trix cereal even as it promotes that brand more aggressively to older customers too.

Maybe those kids in the Trix ad from yesteryear were wrong to admonish that poor rabbit and call him silly: Maybe Trix aren’t for kids, after all.