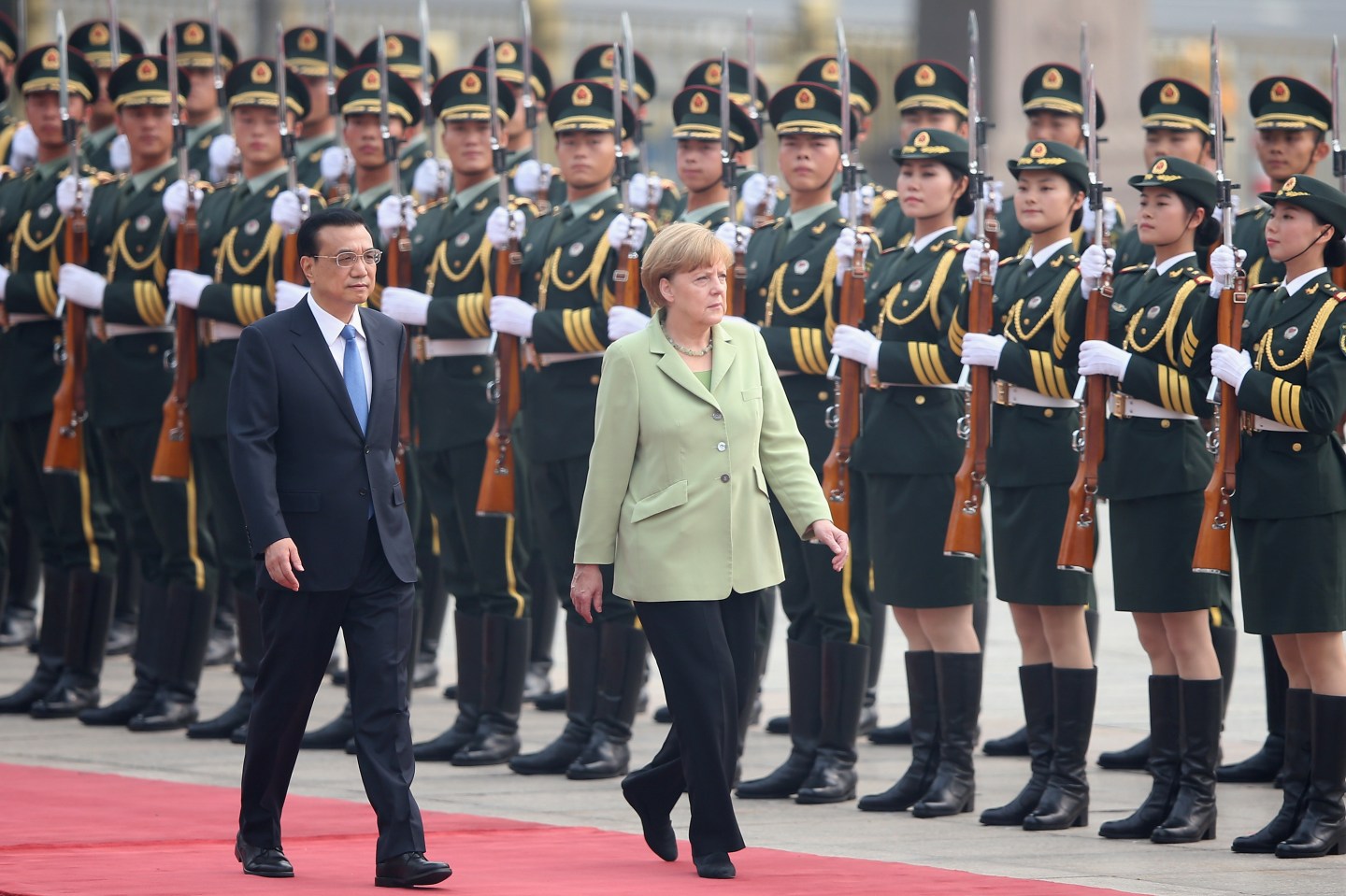 Europe’s largest economy is stuttering as problems with three of its most important export markets catch up with it.

Germany’s Economy Ministry said Monday that industrial output fell for the third month in a row in May, adjusted for seasonal and calendar factors. It also looks set to stay weak for the near future, as data released on Friday showed that new orders to manufacturers slid by 1.7% in May.

The figures corroborate what sentiment indicators have been saying in recent weeks: although confidence indices such as that of research institute Ifo are still above their long-term averages, expectations hit their lowest level in six months in June.

Output in the first two months of the spring quarter was down an average of 1.5% from first-quarter levels, although the Ministry said indicators of sentiment suggest activity will pick up again in the second half of the year.

That will depend to a large degree on factors outside Germany, due to the country’s traditionally heavy reliance on its export sector.

So far this year, three key export markets have been misfiring: France, Germany’s largest trading partner, isn’t growing at all, and growth in Russia has slowed to a near-standstill as the Ukraine crisis has hit business confidence and investment all across Germany’s backyard in central and eastern Europe. (The German Chamber of Trade and Industry, or DIHK, expects exports to Russia and Ukraine to fall by around €5 billion, or 10% this year.)

Even in China, the economy has slowed markedly as the authorities try to get to grips with the problems of an investment boom that has gone too far.

In an eye-catching turnaround, it’s now the recovering eurozone periphery that’s helping to keep the numbers decent: orders from the eurozone rose 5.7% in May (despite French weakness), while those from outside the eurozone fell by 5.2%.

There are reasons to think that the slowdown may have run its course, at least outside France. The capture of two key cities in eastern Ukraine at the weekend suggests that the conflict there may be ended without any further escalation in sanctions on Russia that would hit German exporters hard (and risk retaliation in the form of reduced oil and gas shipments to Germany).

Meanwhile, Chancellor Angela Merkel was able to get some reassurances from Chinese Premier Li Keqiang in person Monday, during a visit to China. In a speech, Li repeated that the Chinese government still expects to be able to keep growth at no less than 7.5% this year, according to Reuters.

To mark Merkel’s visit, auto giant Volkswagen AG (VLKAY) said it will invest around $2.7 billion in building two new plants in eastern China together with its local joint venture partner FAW worth $2.7 billion, while China also agreed to buy 100 Airbus (EADSY) helicopters for some €300 million.