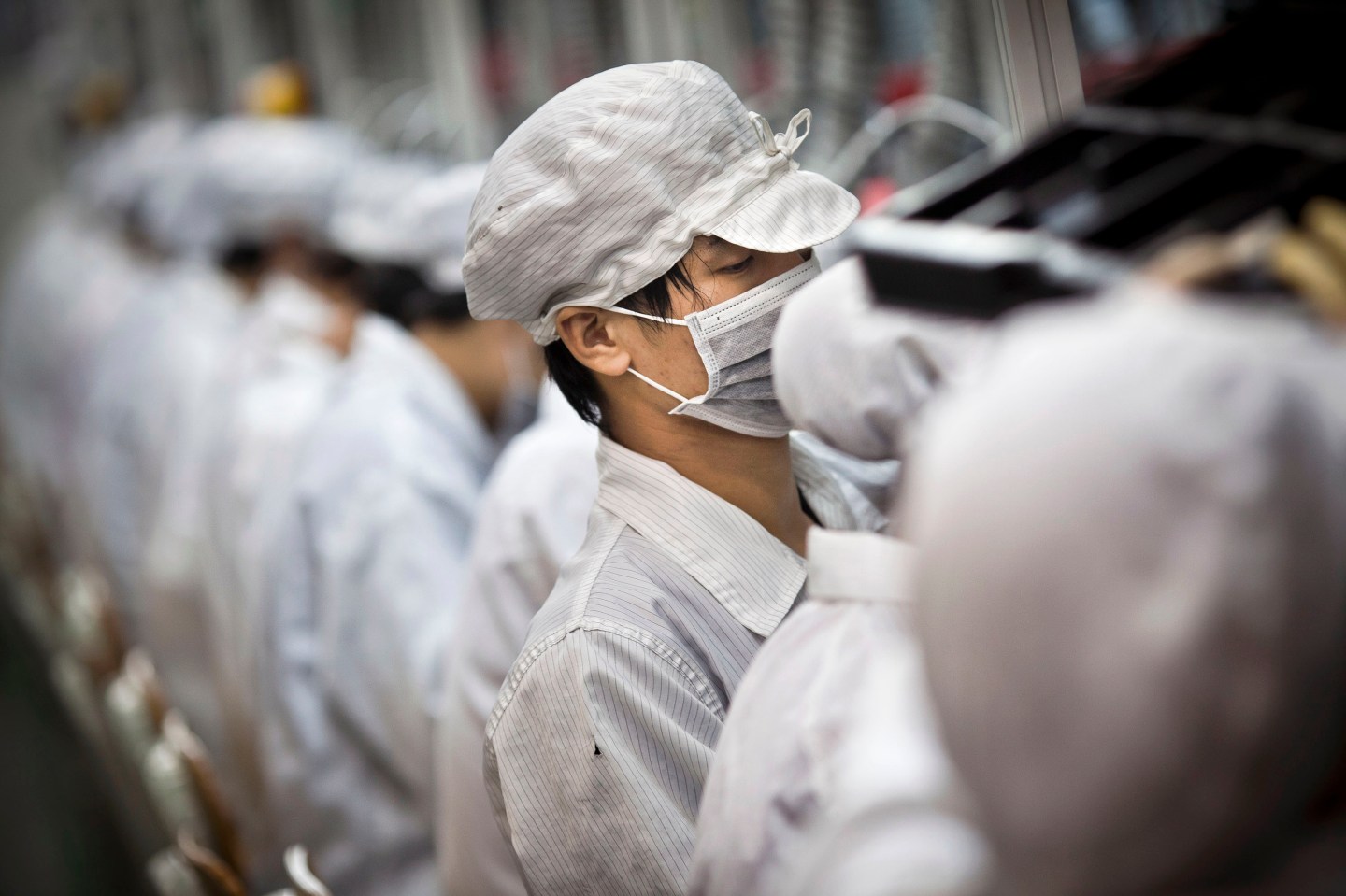 There’s a chance your next smartphone could be assembled by a robot.

Apple supplier Foxconn is apparently close to replacing some of the assembly-line workers in its factories with robots, called “foxbots,” that are in their final testing stages, according to IT Home. Terry Gou, the CEO of Taiwan-based supplier’s parent company, said in a recent shareholder meeting that about 10,000 foxbots are expected to be put to work to help keep up with the demand for Apple’s next smartphone, the iPhone 6, which is expected to hit the market this fall.

The robots reportedly cost as much as $25,000 each and they can churn out roughly 30,000 devices each annually, which would mean a yield of about 300 million devices a year from the first batch. Foxconn currently employs about 1.2 million humans in several factories across China, where workers in the past have protested low wages and poor conditions, with some workers even committing suicide.

The news from Foxconn is a long time coming, as the company said in 2011 it would begin to use more robots on its assembly lines and even predicted at the time that it would have about a million robots at work by 2014.

In October, Apple said in its annual report that the company planned to spend roughly $10.5 billion on new supply-chain technologies, including assembly robots.