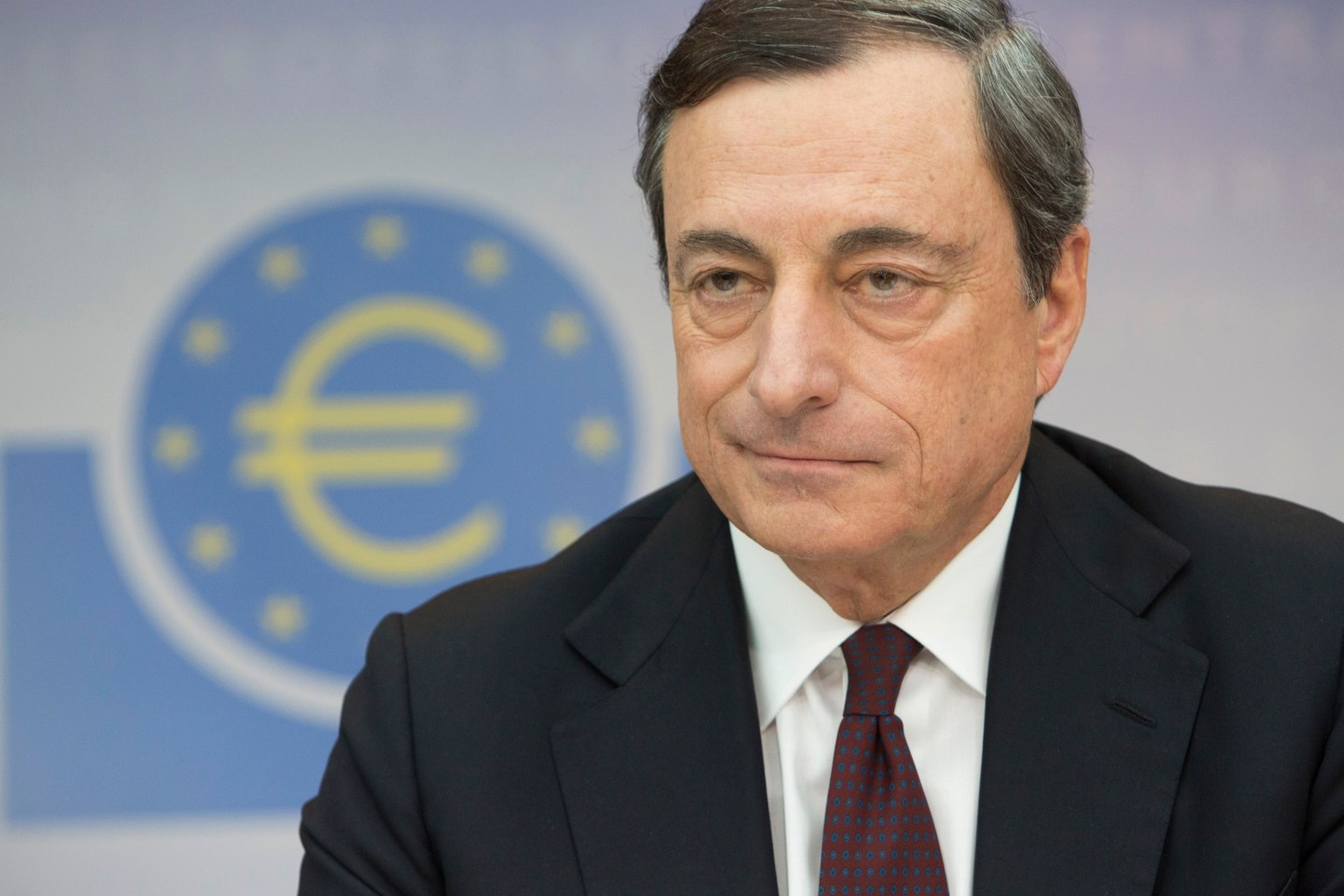 President Mario Draghi said Thursday his new stimulus measures could release up to €1 trillion in lending by the European Central Bank, ensuring that eurozone banks can lend liberally to the economy next year as it drags itself out of recession.

Unveiling the technical details of what the ECB is calling “Targeted Long-Term Refinancing Operations,” or TLTROs, Draghi told his regular monthly press conference that the eventual scope of the program could far exceed the €400 billion that banks will be able to borrow initially from two operations later this year.

The ECB has turned to TLTROs to revive lending to businesses after years of rock-bottom interest rates failed to do the trick.  As Silvia Merler of the Brussels-based think tank Bruegel points out, corporate lending in the eurozone fell by €426 billion between November 2011 and 2014, as banks in the currency union’s stressed periphery worked off the hangover from a real-estate binge and increasingly starved small and medium-sized enterprises of any credit at all.

Draghi’s TLTROs will allow bank to lock in until 2018 ultra-low funding costs for any new loans they extend to businesses and consumers (but not in the form of mortgages), making it easier for them to make profits on such loans.

But that rests on two assumptions: first, that the banks themselves will get through the ECB’s “Asset Quality Review” and stress test without being closed down, and second, that there will still be companies to lend to next year.

Generating final credit demand may not be easy to generate in a eurozone that is looking at a grinding, slow recovery from its near-death experience in 2010-12. In Germany, by far the strongest eurozone economy, the research institute Ifo’s barometer of access to credit has been stuck at historic lows for three years, and yet business lending is only up 1.6% from the end of 2010, while consumer loans are up less than 4%, according to ECB data.

The ECB had earlier left its key interest rates unchanged at its monthly meeting, somewhat inevitably after cutting them a new record low only last month. The key refinancing rate stays at 0.15%, while the deposit rate stays at -0.1%.

Draghi’s press conference was notable for two other things. First, he said, from next year, the ECB governing council will only meet to set interest rates every six weeks, rather than every month, as has been the case since the euro was launched in 1999. That is linked to a decision to start publishing more detailed “accounts” of the meetings, akin to the minutes published by the Federal Reserve and the Bank of England.

However, Draghi said it wasn’t yet clear whether those accounts would say which way individual council members voted.  ECB members are supposed to vote according to the needs of the euro zone as a whole, but that concept has been stretched to breaking point by the euro crisis, which polarized the attitudes of countries that either needed bail-outs or had to pay for them.

Second, Draghi found himself joining forces with Federal Reserve Board Chairman Janet Yellen to rebut accusations from the Bank for International Settlements that the monetary policy of the world’s biggest central banks is too loose, and creating destabilizing bubbles in financial markets.

Ironically, as Draghi was speaking, U.S. stocks hit a new record high, as the Dow Jones Industrial Average breached 17,000 for the first time in response to a strong July employment report.

Like Yellen, Draghi said that new, targeted “macro-prudential” tools should be used first against possible market bubbles. He repeated that the ECB’s rates will stay where they are “for an extended period of time”.

Earlier Thursday in Europe, Sweden’s central bank played catch-up with the ECB, cutting its key repo rate by a larger-than-expected 0.50 percentage point to 0.25.

The Riksbank also said that, because inflation has been lower than expected, it now doesn’t expect to have to raise the repo rate “until the end of 2015.” At 0.1% in the year to May, Sweden’s inflation rate is even lower than the 0.5% posted in the euro zone.

The Riksbank’s action sent the Swedish krona to its lowest level in three and a half years against the euro.