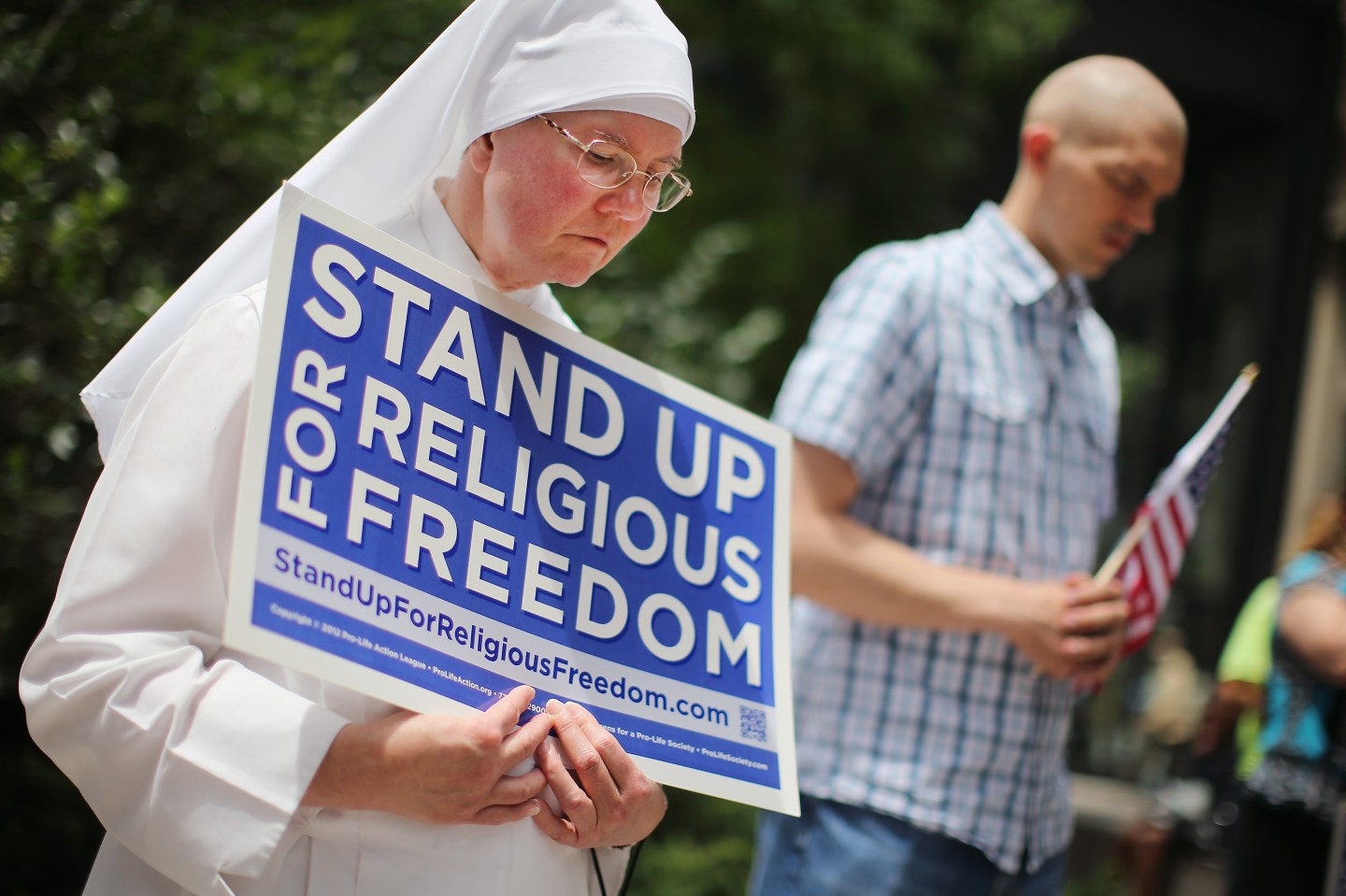 Ninety percent of U.S. companies are considered closely held, according to a recent study by the Copenhagen Business School. A report from New York University found that these companies account for 52% of private employees and 51% of the private sector’s output.

So it would seem that companies throughout the land would be eligible for exemptions as a result of Monday’s ruling. But truthfully, that is not the case.

The reason Hobby Lobby’s ruling is narrow in application is because of another set of safeguards that the law had already been put in place. These safeguards are known as strict scrutiny jurisprudence, and they are the reason the Hobby Lobby ruling isn’t really sweeping at all.

In the decision, the justices held that closely held corporations cannot be required to provide certain contraception services in health plans offered to employees on the grounds that doing so would violate owner’s particular Christian beliefs. The Religious Freedom Restoration Act applies to closely held corporations, and the government has failed to show that the mandate is the least restrictive means of advancing its interest in guaranteeing cost-free access to birth control.

Many fear this decision will open the door to all types of companies denying their employees all types of coverage in the name of religious freedom. But that’s not going to happen. Here’s why:

The Religious Freedom Restoration Act has been the law for the past 21 years. Even before RFRA reinstated strict scrutiny for federal statutes, strict scrutiny had been the law since 1963. Hobby Lobby is the first corporation to win this kind of lawsuit not because the Oklahoma City-based retail arts and crafts chain store is brilliantly evil and found a new loophole to take advantage of. It is simply because Hobby Lobby is the first to pass the test.

For a corporation (even a small and closely held one) to get an exemption, it must first establish the court’s satisfaction that it has a sincerely held religious belief that would conflict with the statute.

Second, even a sincerely held religious belief will not be automatically given an exemption. The law still requires the corporation to prove that not having the exemption creates a substantial burden on their belief system.

Third, even if the corporation demonstrates that it is substantially burdened by a federal statute that runs counter to its sincerely held religious belief, it still will not get an exemption if the statute in question is furthering a compelling government interest and there is no other way.

The Hobby Lobby ruling is narrow. Forget the fact that the applicant would have to be a closely-held corporation. In order for a company to even be considered for a Hobby Lobby-type exemption, the company would need to demonstrate that it has a sincerely held (i.e. non-opportunistic) religious belief (how many companies really do?), that is being substantially burdened by a federal statute.

Finally, if there is no way to further that compelling interest other than restricting the religious liberty, the company will lose, plain and simple. The law does not allow for religion to trump in these cases.

At the end of the day, the type of exemption Hobby Lobby got is only available after all to a small sub-section of closely held corporations, the ones that deserve and always have deserved to have special carve-outs under the law, carve-outs that do not harm anyone else or stand in the way of any compelling government interest.

Even before the Religious Freedom Restoration Act reinstituted strict scrutiny statutorily in 1993, it had been the federal standard in religion cases from 1963 to 1990. All Hobby Lobby did was reaffirm that it is in fact a good test, that the Court knows how to balance interests properly, and that occasionally, once every 50 years or so, a deserving group will get an exemption.