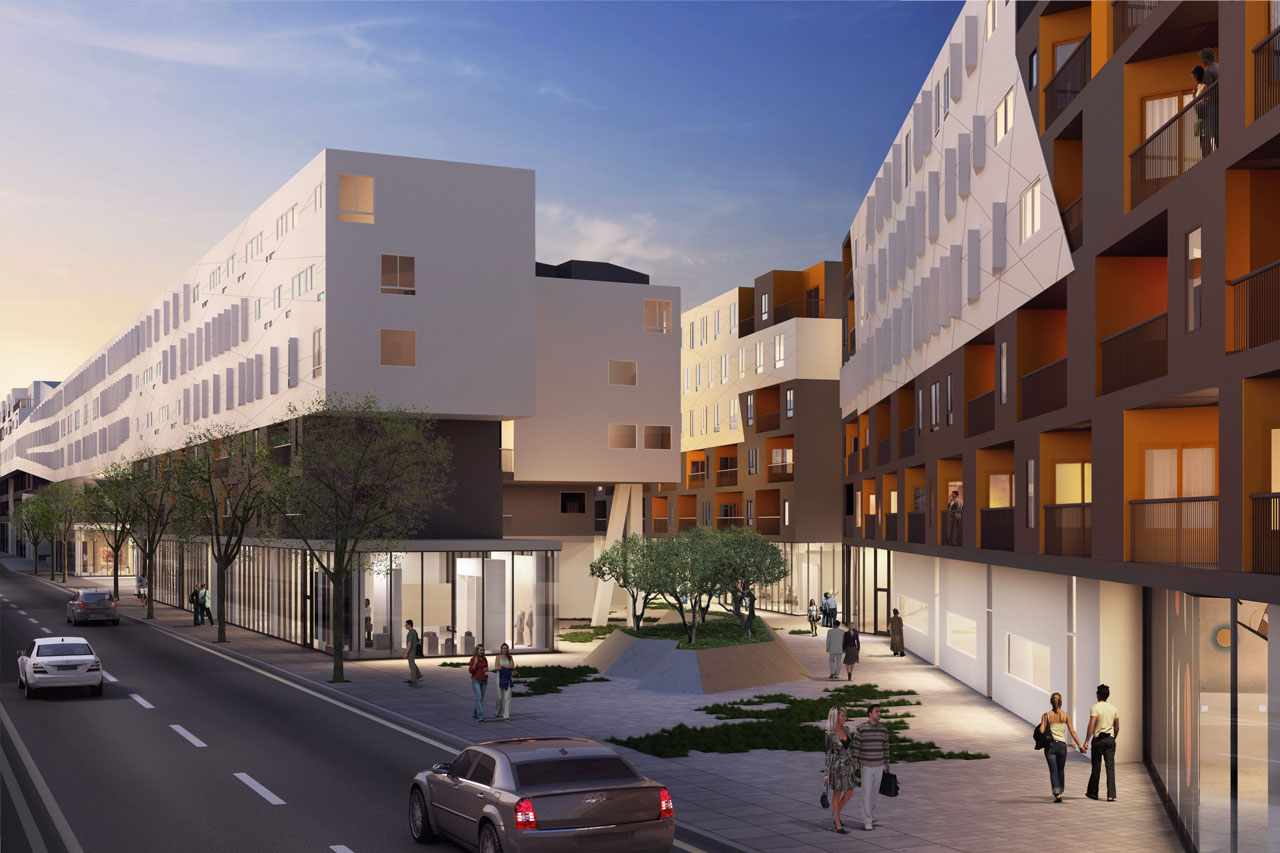 Goldman has provided financing for One Santa Fe, a massive residential and retail complex in Los Angeles.
Michael Maltzan Architecture

At Goldman Sachs, lending is the new trading.

The Wall Street powerhouse has jumped into financing one of the riskiest corners of the real estate business. Goldman has nearly $500 million in construction and development, often called C&D, loans. That’s up from just $50 million a year ago. Until five years ago, Goldman (GS) had never made a construction or development loan.

Recently, Goldman, which for years generated the bulk of its income from risky trading and proprietary investments, has stressed how much it wants to be more of a boring bank. In a presentation last month at an investment conference, Goldman COO Gary Cohn said that the firm was focused on growing its lending operations. And it has. Goldman had nearly $25 billion in loans outstanding at the end of the first quarter—the latest figures available—up from $16 billion a year ago, or 57%.

The new rules are in part pushing the shift on Wall Street. Loans, even risky ones, are allowed under the Volcker Rule, which limits other types of risky activities. And soon-to-be-implemented international banking capital rules, Basel III, give a preference to loans, particularly real estate ones.

But low interest rates, an uptick in the economy, and a poor trading environment may also be leading more Wall Street firms to ramp up lending, particularly in real estate. “In the past 18 months, Wall Street capital has come into this business,” says Ayush Kapahi, an executive at HKS Capital Partners, which helps real estate developers get loans. “The appetite for risk is way up.”

Lending is up at Morgan Stanley (MS) as well, 45% in the past year. But in commercial real estate, Morgan Stanley has generally avoided construction lending, focusing instead on lending to existing properties. Those loans are generally considered to be safer.

The default rate on commercial real estate loans topped out at just over 4% after the financial crisis. That compares to nearly 17% for C&D loans.

In February, Goldman made a $120 million construction loan to a real estate developer that is converting a 12-story rental building into high-end condominiums right off Central Park on Manhattan’s Upper East Side. The loan is non-recourse, which means Goldman can’t go after the developer if it defaults. Many traditional banks stay away from such loans. Kapahi, who brokered the loan, said Goldman was the highest bidder, but others weren’t that far behind.

Goldman has also been involved in the financing of One Santa Fe, a massive $160 million residential and retail complex under construction in Los Angeles’ downtown Arts District. It also lent $50 million to develop retail space on the ground floor of a building that used to house Manhattan’s famed Broadway hotel The Milford Plaza.

Goldman now has nearly 2% of its lending portfolio in construction and development loans. That’s small but it’s more than what it is at other big banks. The loans make up just 0.2% of Citi’s portfolio and 0.6% at JPMorgan.

The problem is that if Goldman wants similar returns to what it has received through private equity and other places it has traditionally put its money, it will have to lean toward riskier loans.

Unlike other big banks, Goldman doesn’t have branches. So it has to pay more to attract deposits, which mostly come from large companies. “It’s all bought,” says bank analyst Brad Hintz of Berstein Research.

In the past year, Goldman’s deposits have dropped by $3 billion. At the same time, deposits at JPMorgan have increased by $62 billion to $1.4 trillion. Goldman has just $64 billion in total deposits.

Earlier this week, the Office of the Comptroller of the Currency issued a report warning banks against returning to risky lending to boost profits. The regulator said it has seen signs that credit standards are dropping.