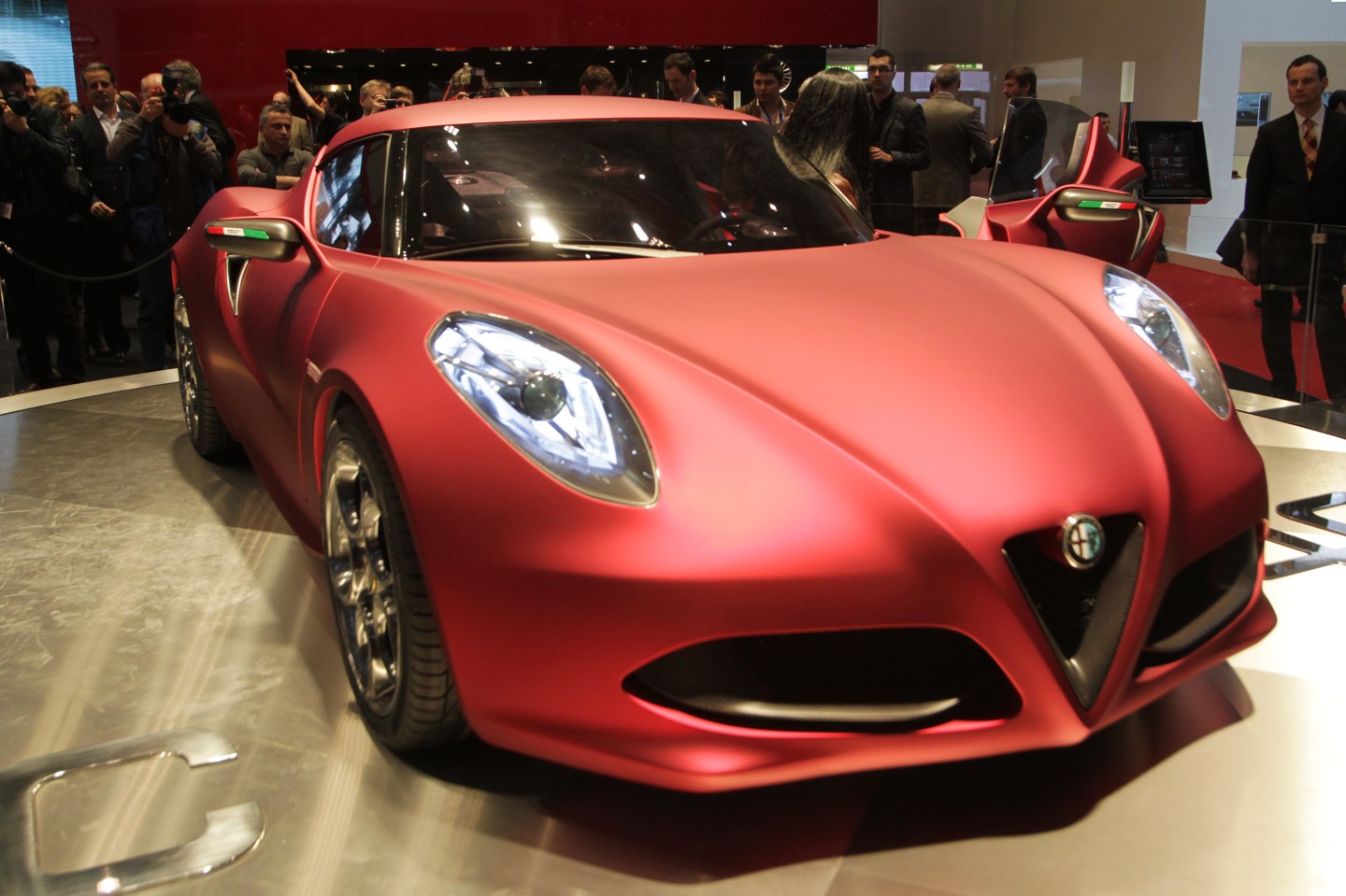 The 4C’s performance and its low-slung, curvy exterior, have earned the respect of automotive journalists.
Sebastian Derungs—Getty Images

On Thursday, several copies of the sexy Italian two-seater were available for test laps at FCA’s proving grounds in Chelsea, Mich. Aside from routine nitpicking, automotive journalists registered respect, if not awe, at the 4C’s performance and especially its low-slung, curvy exterior.

Within a few months, 500 of Alfa’s “Launch Edition” of the 4C — featuring a few extra frills, such as carbon fiber accents in the interior — will go on sale for just under $70,000 in North America. The company doesn’t expect to sell more than a thousand or so of the hand-built 4Cs. The regular edition will cost slightly less, starting at $55,000; both are aimed at well-heeled customers who probably already own a few vehicles.

Fiat Chrysler has much bigger ambitions than this particular model. The 4C, to be sold at 85 Alfa Romeo dealerships, is the precursor of eight more Alfa models through 2018, all built in Italy and all containing a dose of Ferrari engineering and design expertise. Fiat Chrysler executives in Chelsea said the franchise could represent a $5 billion investment. Fiat Chrysler and Marchionne still must raise much of the capital that is needed.

Dave Sullivan, manager of product analysis for AutoPacific, said “the 4C will turn more heads than anything from Lotus,” the British maker of exotic sports cars.

“I am six foot, three inches, though, and I can’t drive it. My line of vision is above the sun visor. I also had a very difficult time trying to climb/roll out of it. This is not a car you’d want your wife trying to get out of in a skirt,” he said.

Its limitations notwithstanding, Sullivan said he’s “excited to see it on the road.”

At 2,465 pounds and powered by a 1.7-liter engine rated at 237 horsepower and 258 foot-pounds of torque, the car has an extremely high power-to-weight ratio. It’s not blindingly fast, but it’s certainly quick enough to raise your pulse. Its light weight is achieved by a carbon fiber cockpit, extensive use of aluminum in the structure and plastic composite for the exterior.

Marchionne’s management and strategy since taking over Chrysler following its 2009 bankruptcy, and uniting the company with Fiat, have been magical. Much work remains, though, to ensure Fiat Chrysler can remain a going venture; one of the most formidable tasks is the creation of a luxury franchise, which is Alfa’s mission.

Keeping an eye on Alfa — on what kind of buzz it generates and on how eager investors are to risk capital on the rest of product line — are key to understanding Fiat Chrysler’s future.