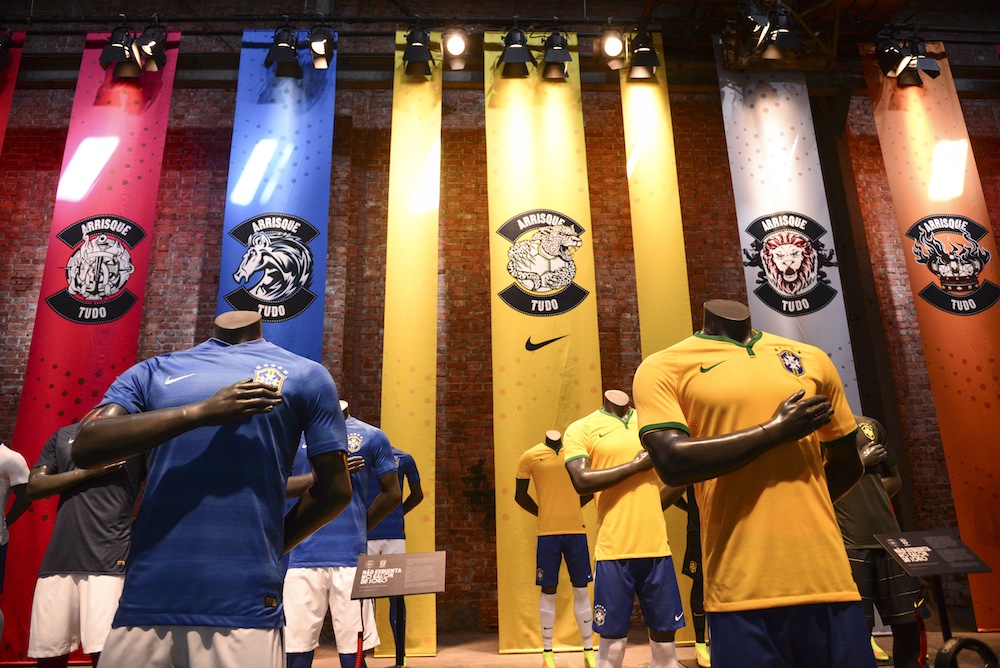 Germany might have beaten the U.S. in a World Cup game on Thursday, but American sportswear maker Nike (NKE) says it is beating German rival Adidas and others off the field in stores thanks to the tournament.

Nike reported that global sales of its namesake products rose 13% last quarter, including an 18% jump in Europe, where the Beaverton, Oregon-based company has been eating away at its smaller competitor’s market share in its home market.

Nike is now seriously challenging Adidas’ status as the world’s largest seller of soccer gear. (Nike had 14.1% of the global sportswear/footwear market compared to 9% for Adidas, according to Euromonitor.)

According to a Reuters report, earlier this week, Adidas CEO Herbert Hainer said that his company would reach its target of $2.72 billion in soccer gear sales in 2014 with the help of World Cup performances by the star players it sponsors, maintaining its lead over Nike’s $2 billion soccer haul.

But Nike executives told investors that its gear is dominating the World Cup, giving it a visibility that will spur future sales and shrink that gap with Adidas.

Nike brand president Trevor Edwards claimed on a conference call that there are more World Cup players wearing Nike than all other brands put together. What’s more, he said, one-third of World Cup players are running on the fields in the company’s Magista or Mercurial Superfly football (soccer) boots.

“Nike football has helped to drive great results in our stores online and our football shops with our wholesale partners,” Edwards said. “The players’ response to these boots has been tremendous.”

Nike said that “futures orders,” a gauge closely watched by investors, of overall merchandise set for delivery between July and November was up 11%, indicating that World Cup momentum should continue long after the tournament concludes.

Beyond the World Cup, there was plenty of good news for Nike—sales at its stores in the 12 months ending May 31 rose 22%, compared to an 8% rise in its wholesale business, proving that its strategy to build out more of its own stores is paying off. And after years of problems in China, where it opened stores in the wrong places and often encountered product shortages, sales look set to grow by double digit percentages on a regular basis.