Kroger rings up strong earnings thanks to Harris Teeter acquisition 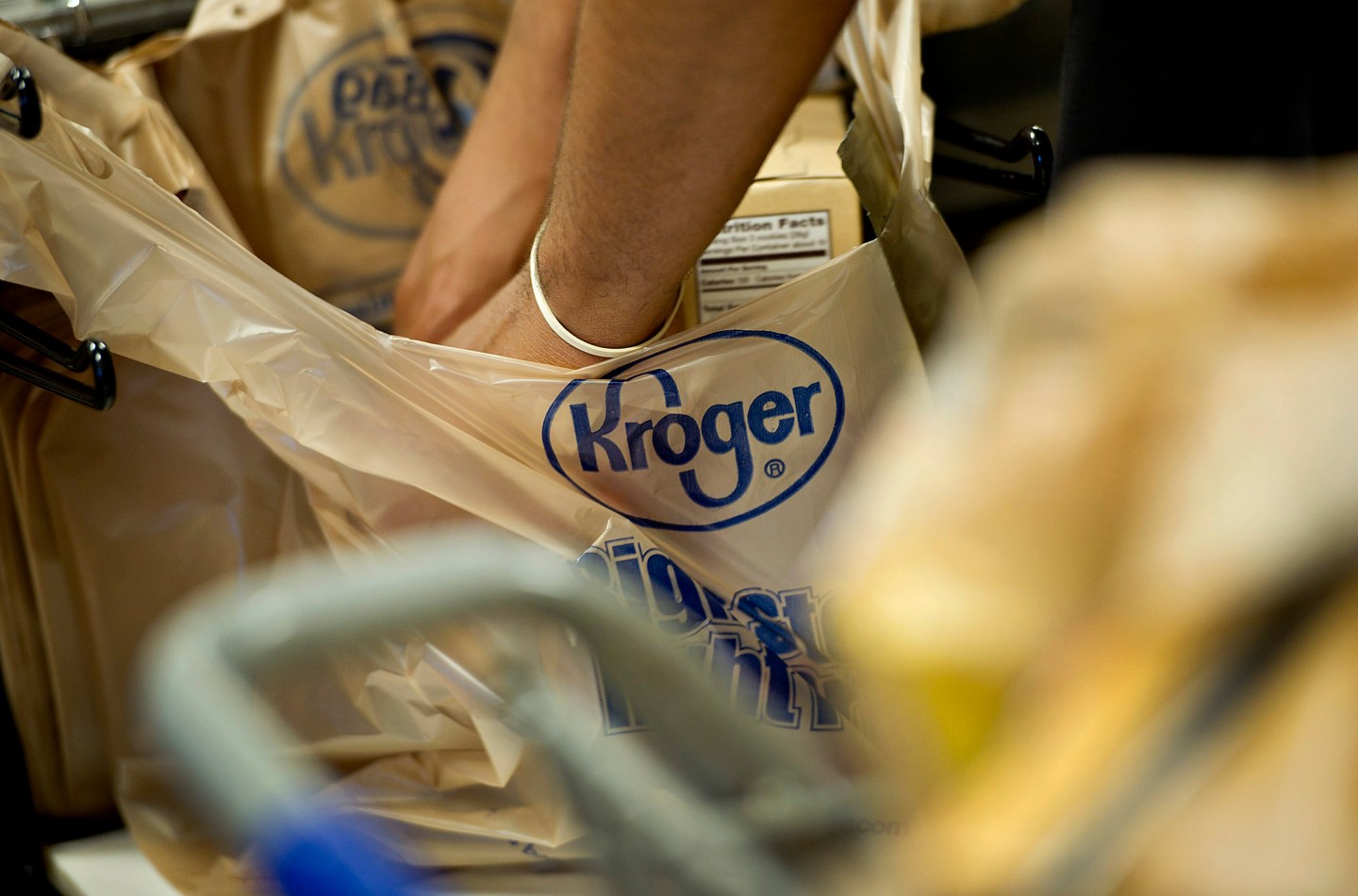 Groceries are bagged at a Kroger Co. supermarket in Peoria, Ill.
Bloomberg--Getty Images

Kroger’s better-than-expected results led the grocery chain to raise its financial targets for the year. It now sees profit between $3.19 to $3.27 a share and identical supermarket sales rising between 3% to 4% excluding fuel.

It remains to be seen how recent inflation in food prices could affect grocery chains like Kroger. The food index posted its largest increase since August 2011 in May, according to the Labor Department, which has reported a share increase in consumer prices for meats, poultry, fish and eggs over the past year.

Analysts polled by Bloomberg had projected profit of $1.05 a share on $32.64 billion in revenue.