The U.S. can learn plenty from Brazil 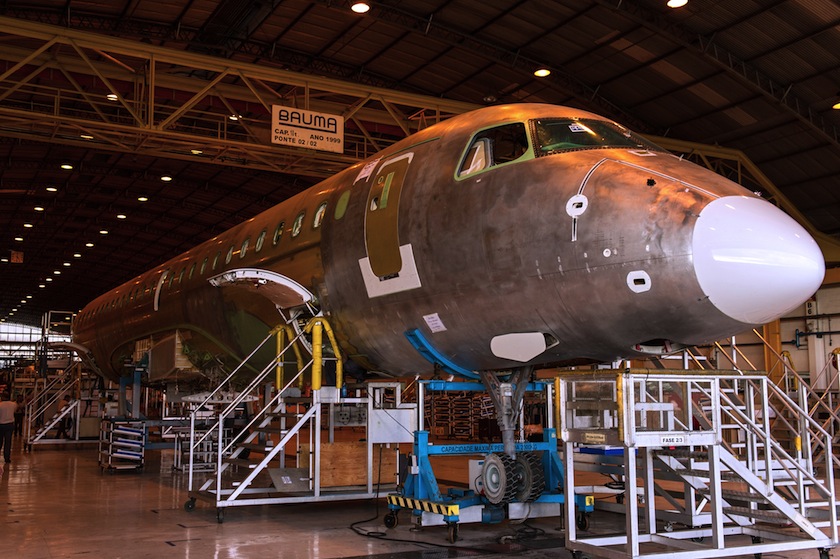 Did you ever own a secret decoder ring?

The Brazilian Agency for Industry (ABDI) and the U.S. Council on Competitiveness, with assistance from the University of São Paulo, have been developing a country competitiveness decoder to help countries and regions improve their living standards.

The decoder is currently in its early stages but it’s already being put to work, Roberto Alvarez, manager for analysis and strategic projects at ABDI, told me. It has been used to spark four dialogues across Brazil “to identify issues for our society to tackle,” he says.

Amid headlines of extreme poverty and violence on Rio’s hillsides, it may not be apparent that there is plenty for wealthy nations like the U.S. to learn from a country like Brazil. But there is.

Julie Kirby and Chris Meyer, authors of the book Standing on the Sun: How the Explosion of Capitalism Abroad Will Change Business Everywhere, contend that emerging countries are part of a “new wave of operating a capitalist economy.” In the last 100 years, capital markets and society overall have “evaluated businesses on financial performance,” but companies like Brazilian cosmetics firm Natura represent a new trend, Meyer told me.

“Natura has a true triple bottom line, with goals focused on people, profits, and the planet,” Meyer said. “They take it seriously and it’s reflected in their compensation.” And the firm has created a lot of jobs for women in Latin America, he said.

Emerging economies, Kirby said, offer examples that allow wealthier nations to “break out of our pathologies” and give capitalism a “do-over.”

Natura recognizes the importance of its relationships with its stakeholders, standing in stark contrast to the behavior at the largest U.S. financial firms before and after the financial crisis.

Natura is not the only Brazilian firm the U.S. can learn from. Deborah Wince-Smith, president of the Council on Competitiveness, and Meyer cite Brazil’s Embraer Air as another example worth studying. Wince-Smith says the aircraft manufacturer is “functioning on a high level of innovation,” citing its use of super computers and non-fossil based fuels for aviation. Meyer also highlighted the company’s emphasis on both economic and social values.

The challenges go beyond individual businesses, though. Public policy also matters. Peter Henry, dean of New York University’s Stern School of Business and author of the book Turnaround: Third World Lessons for First World Growth, told me last year, “We are at a critical point in time and advanced countries are off track.” The discipline we need is not fiscal austerity but a “sustained commitment to prosperity that is both vigilant and flexible–and values what is good for the public as a whole,” he says.  It’s encouraging to see disciplined policy in democracies, as we began to see in 1994 in Brazil, Henry told me.

Wince-Smith said that while inequality in Brazil is worse than inequality in the U.S., Brazil has made a strong commitment to address its challenges. Brazil has a growing middle class–and the U.S. could learn from their practices in early childhood development and job training, she said. Brazil also has an inclusive healthcare system with lower rates of hospital infection and “bolsa familia,” a program that provides subsidies to low-income families and requires parents to take certain steps in return, like make sure their children go to school and the doctor regularly. Bolsa familia has won praise from the World Bank as a tool of both economic and social transformation.

In other ways, too, Brazil wants to avoid the quicksands that are beginning to envelop the U.S. Brazil is home to one of the world’s largest development banks, BNDES, which finances large-scale long-term investments in the country’s infrastructure and industry. Brazil is intent on being “an economy based on manufacturing and industry, and will not cede that leadership,” Wince-Smith told me.

In the months ahead, Brazil and the U.S. will be leading the charge to improve and update the Competitiveness Decoder. For the U.S., the $1 trillion question is, once we unlock the code, will we walk through the door?

Eleanor Bloxham is CEO of The Value Alliance and Corporate Governance Alliance, a board education and advisory firm. She may be reached at ebloxham@thevaluealliance.com.