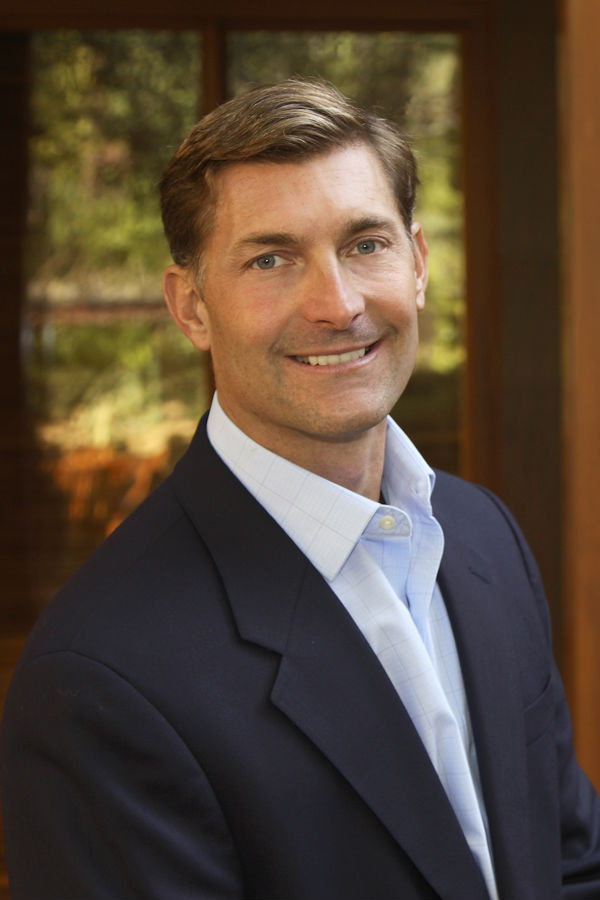 Gary Swart has a new job, two months after stepping down as CEO of online workplace ODesk. It’s as a West Coast-based venture partner with Polaris Partners, which makes early-stage and growth equity investments in both technology and life sciences companies. He formally begins in September.

Swart had spent more than eight years as CEO of ODesk, which last year reported more than $1 billion of work completed through its platform. He also had been expected to take the company public, but stunned the market late last year by announcing instead that Odesk would merge with privately-held rival Elance, with Elance chief Fabio Rosati to take over the combined company (the deal closed in April).

Fortune spent some time on the phone with Swart, discussing why he moved into venture capital, and when ODesk might go public. An edited transcript of our conversation is below:

Fortune: How did you and Polaris originally get introduced?

Gary Swart: I used to work with Dave Barrett, who is now a general partner at Polaris, back in the day at a company called Pure Atria (which was also Reed Hastings’s first company). Dave wasn’t an investor in ODesk, but he wanted and tried to be. Even before we announced the merger with Elance, he asked me what I wanted to do next and we discussed the idea of me moving into venture capital.

Had the merger not gone through, does that mean you still would have stepped down?

I don’t know how to answer that. I love the company, it’s phenomenal. It’s rare to work with such a great team and to have the opportunity to make so much of an impact on customers and employees and the world. But the work/life balance was difficult, and I wasn’t sure that I could sign up for another five years. ODesk never commented on the timing of an IPO, but certainly that was in the cards. You can’t take a company public and then leave. It’s not good for anyone. So I was at the point of looking for something else.

Why venture capital rather than another in-company operations role?

Like I said before, I wanted to be able to have a major impact but also have better balance. I also found myself giving a lot of advice to entrepreneurs, through lecturing at Harvard and Stanford and advising eight to -10 companies in my spare time, and it turns out I really enjoy doing those things. I even had begun to do a little investing so it’s almost like I was beginning to do the job of a venture capitalist. Joining Polaris lets me help lots of other business grow.

The definition of ‘venture partner’ varies from firm to firm. What will it mean for you at Polaris?

At Polaris, it means that you participate in almost all of the activities a general partner would participate in. I’ll be working exclusively for Polaris and this is just a nice natural progression to enter the venture arena with the goal of transitioning into a GP role.

So would you expect to be a GP on the next Polaris fund, assuming that each side feels the relationship is working out?

Yes, I’m going in with that expectation. In the neat-term I’ll be working on existing portfolio companies and on the firm’s entrepreneurial ecosystem. For example, it has a number of SaaS-type companies that need help getting products to market or expanding to new markets, and that’s right in my wheelhouse. Long-term I’d hope to be leading investments.

You’ll be on the West Coast, while most of Polaris remains based in the Boston area. Did you have any misgivings over that?

Yes, I did. But I spoke with a number of venture capital firms and kept coming back to Polaris. I’ve never shied away from a challenge, and helping Polaris get a larger presence out here is part of that. To be honest, the bigger issue for me personally was that Polaris has its West Coast office in San Francisco and I live in Atherton. That’s a difficult commute.

You’ve been out of the ODesk CEO chair for just over two months. Are you still involved there?

My official title at ODesk is strategic advisor, but it’s amazing how quickly you become irrelevant. Right at the time I was ready to step out, Fabio Rosati was ready to step up and he’s done a fantastic job. I’m standing by if needed, but am not really needed.

Will ODesk be public in a year from now?

I believe there is a massive market, and that ODesk/eLance is now the market leader. It was a very synergistic deal, and I’m confident than one plus one equals three in this case.

Should it be a public company? Absolutely. This is GrubHub and Seamless — two companies going in the same direction, although arguably taking slightly different paths. But I can’t comment on the timing. As I said, I’m now irrelevant and can’t even get a lot of info so I have no real idea. My personal belief if that it should, and will, be a valuable public company at some point.