Of GDP and giraffes, the U.S. vs. Ghana by the numbers 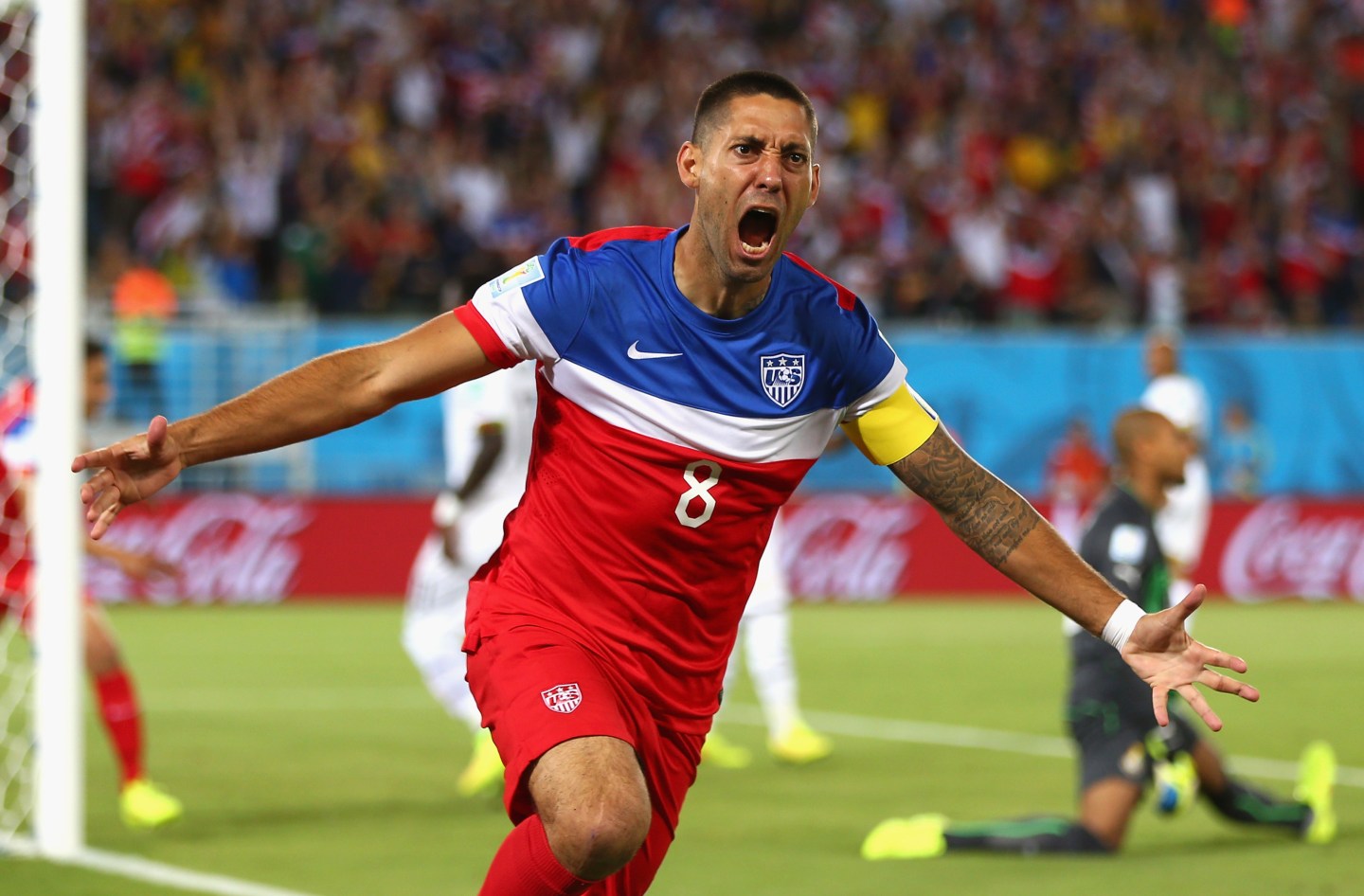 The U.S. beat Ghana 2 to 1 on Monday at the FIFA World Cup with a thrilling goal struck in the first 30 seconds and a header during the 86th minute. And speaking of numbers: There’s more to the win than raw spirit, nationalism and, well, pretty darn good soccer.

While coach Kwesi Appiah says his team lost focus in its first lost to the U.S. in three attempts (after triumphs that booted the country from the last two World Cups in ’06 and ’10), take the results from an economic perspective and things get interesting.

Although Ghana may not have any giraffes (sorry, Delta), it does have a GDP of more than $40 billion, according to the U.S. Central Intelligence Agency. That places the country at number 85 on the World Bank’s GDP rankings. The U.S.? It’s the world’s largest economy at $16 trillion followed by China with GDP at about $8 trillion.

Despite the GDP figure being notably less than — say, U.S. investment firm Bridgewater Associates, which manages approximately $150 billion in global investments, some conclude Ghana’s economy is poised for a rapid ascent. But even that statement, like Delta’s much maligned tweet, sparks serious debate.

A recent report from Reuters, meanwhile, paints a much bleaker picture. Once a jewel of Western Africa and a rising star nation tapped for even greater success, its lost some of its luster due to increasing inflation and a weakening currency.

For comparison on the World Bank’s GDP rankings, Ghana appears just below Ethiopia and a spot ahead of Kenya, home to the Giraffe Manor, a hotel near Nairobi that also boasts a home for endangered species of the long-necked, long-legged, even-toed ungulate mammal.

The two teams in Group G, also dubbed this World Cup’s Group of Death, each face stiff competition in the future. On Saturday, Ghana takes on Germany and its $3.4 trillion economy. On Sunday, the U.S. competes against Portugal, an economic heavyweight (compared to Ghana) with a GDP of about $212 billion.

And not to continue beating a dead horse, but — no — neither country is home to the now controversial wild giraffe.