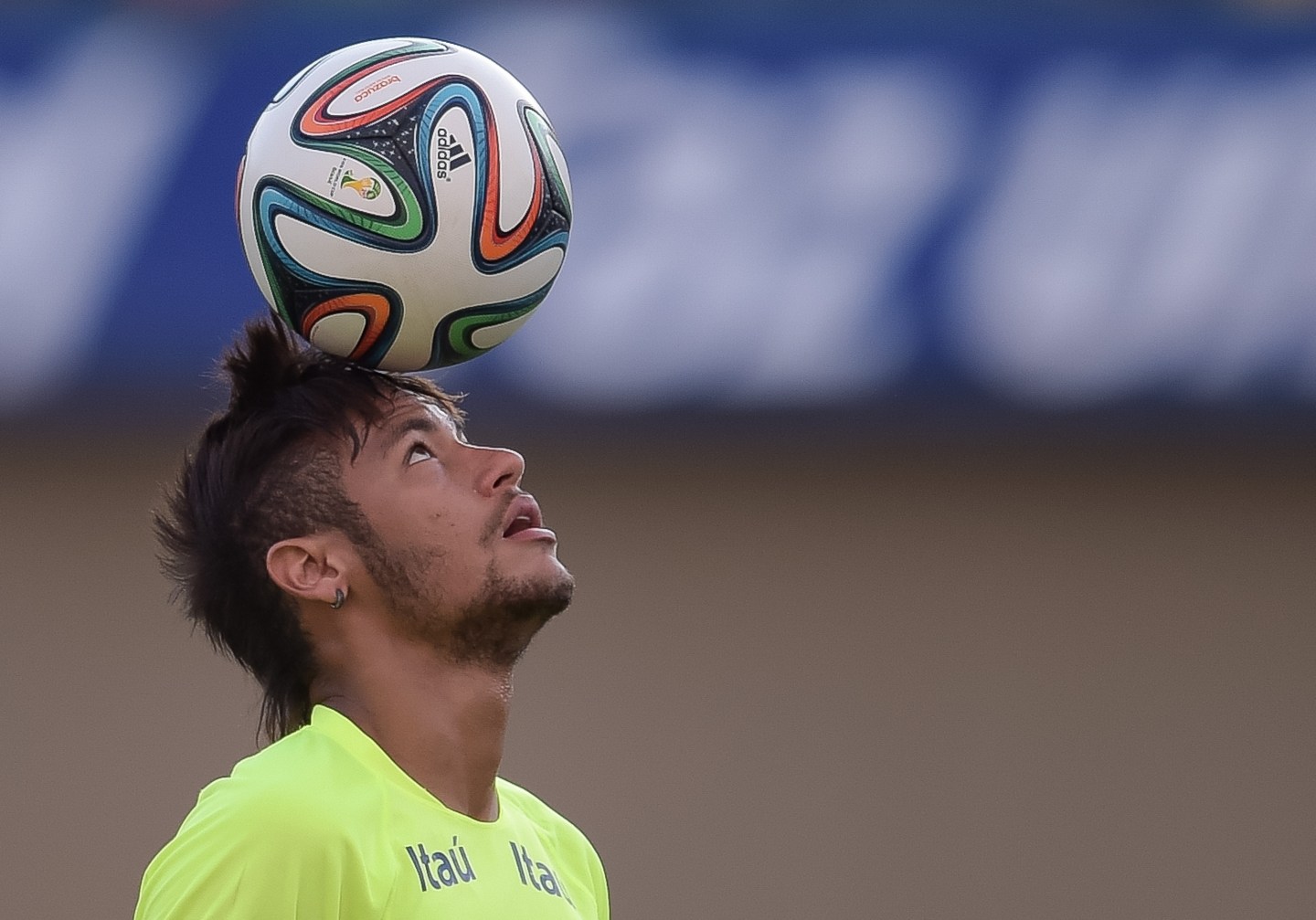 Neymar in action during a training session at the Serra Dourada Stadium in Goiania, Brazil
Buda Mendes—Getty Images

Every four years, the world tunes in to watch the World Cup–and to see not just teams, but individual players shine.

The FIFA World Cup, held this year in Brazil, brings billions of viewers to their television sets. Over 3.2 billion people watched at least one live minute of the 2010 World Cup, which was held in South Africa. This year, the World Cup is expected to cost Brazil around $14 billion, and the game’s newest mega-star happens to be a local.

Neymar da Silva Santos Júnior was born in São Paulo, Brazil, about 250 miles driving distance from Rio de Janeiro, the site of this year’s Cup. His manager is his father, an ex-professional soccer player himself, who helped Neymar land a gargantuan contract with FC Barcelona. (The 22-year-old is No. 7 on our 2014 Fortunate 50 list of athlete earnings.)

Like any global sports star, Neymar has his fair share of endorsement deals, with companies like Nike, Panasonic, and Volkswagen. He was the main attraction in a star-studded ad for Beats By Dre that made waves on the Web last week when it came out. Drakkar Noir even makes a Neymar cologne.

But now Neymar has struck a different kind of deal. He has partnered with PayPal and Waves for Water, a federally certified 501(c)3 NGO based in California, to bring clean water to impoverished areas of Brazil. “I am extremely proud to work with PayPal to support Waves for Water,” Neymar said in a statement. “Through this campaign I hope we can touch people’s lives in a meaningful way and raise enough funds to bring safe, clean water to communities in need across my beloved Brazil.” At the partnership’s website competitionforgood.com, fans are also able to donate to Waves for Water on their own—using PayPal, of course.

One twist on the donation process, cleverly aimed at the most rabid of fútbol fans: the originating country of each donation will determine where the money goes. For example, donations made from the U.S. will go to buying filters for São Paulo, Brazil, where the U.S. soccer team is staying during the tournament.

And, through June 22, fans can bid on eBay (EBAY) for items signed by Neymar. The funds will go directly to Waves for Water, which will use it to purchase water filters. Each filter costs $50 and can provide a million gallons of fresh water.

Neymar and Waves for Water have teamed up in the past, as the NGO has done plenty of work in Brazil. But this is the first time the two have embarked on a project of this magnitude. Those involved say that the addition of PayPal made the project possible. NGOs often struggle to raise funds on a large scale, but throw in the brand recognition and power of a figure like Neymar and such hurdles become conquerable. “Neymar’s global popularity and appeal provide this initiative with worldwide publicity, while PayPal is the vehicle which pulls it all together,” says Misha Sher, a director at MediaCom Sport, the agency that handles part of Neymar’s commercial rights. Neymar provides the fame, PayPal the platform, and Waves for Water the infrastructure for this kind of nuanced project. “This is what partnerships are all about,” adds Sher.

Of course, this is also a case of good timing, since the World Cup has given this partnership a global stage. Matt Gromada, head of global product launch management at PayPal, says that PayPal and Waves for Water have long worked together on figuring out how “to bring clean water to people around the world.” He adds that PayPal, which has 148 million customers in 203 countries, is “taking advantage of soccer fever to inspire everyone to take action.”

For all the aid his name brand brings to the table, Neymar is not being paid, multiple sources say. In that regard, it’s far from a typical endorsement deal. Neymar has struck this partnership solely as a humanitarian effort. But it doesn’t hurt that he gets some good PR from the deal.

Athlete endorsements are evolving. Increasingly, celebrities are opting to receive equity in a company, rather than money or equipment (see: LeBron James and Beats; Lindsey Vonn and Playmaker, a vitamin company; Vernon Davis and D1 Sports, a chain of gyms). Neymar’s move takes things a step further; an athlete partnering with a non-profit, with no attached dollars, to push for a cause he or she deems worthy.

Jon Rose, founder of Waves for Water, puts it simply: “[Neymar is] passionate about this,” he says. “We have done multiple partnerships and projects together, and he understands the importance of who he is.”

To most soccer fans across the world, he is a very good soccer player from Brazil. For Neymar, clearly, those last two words are the most important.